It’s having a ‘so hot right now’ moment… everything you seem to be hearing regarding travel in Australia is directed towards beautiful Western Australia.

Over 300,000 readers from right around the globe recently voted in the readers choice awards for Conde Nast Traveller – the ultimate travel magazine. They voted for the 50 best hotels in the world and the only Australian hotel to make it on the list was the beautifully refurbished COMO The Treasury hotel in Perth – 2nd best in the world!

Meanwhile, Lonely Planet released their ‘Top 10 Cities In The World’ and Fremantle was the only Australian city to make that list, then, of course, the Dutch Royals have recently been in WA to mark the 400th anniversary of Dirk Hartog’s arrival on an island off the WA coast.

WA is so spoilt with natural and man-made beauty, but also their produce – wool, grain, dairy. This all sparked Catriona’s interest, what’s going on over there right now?! Let’s find out…

Number 2 best hotel in the world! As voted by over 300,000 readers of Conde Nast Traveler.

The experience of this hotel goes way beyond the hotel room… it has had an amazing heritage restoration ($580 million) that has delivered a collection of bars, shops, wellness offerings and the gorgeous hotel itself – guests don’t even need to leave the hotel!

A couple of nights ago, COMO The Treasury won the prestigious RAIA Lachlan Macquarie Award for Heritage – Australia’s top award for conservation architecture.

Perth is a ‘so hot right now’ destination and gateway to amazing WA. They say you have to travel far to find beauty and this state has an abundance of it and fantastic experiences to be had. 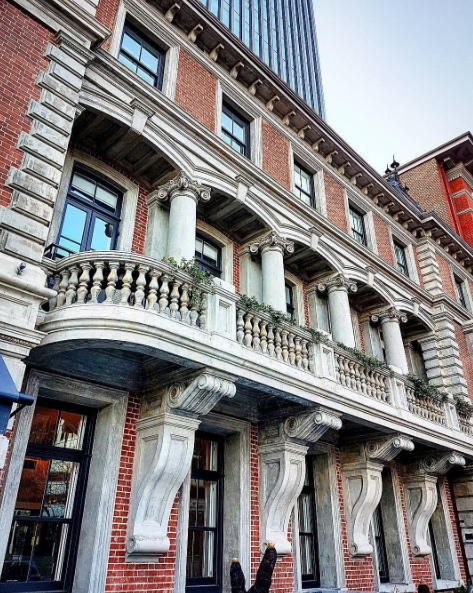 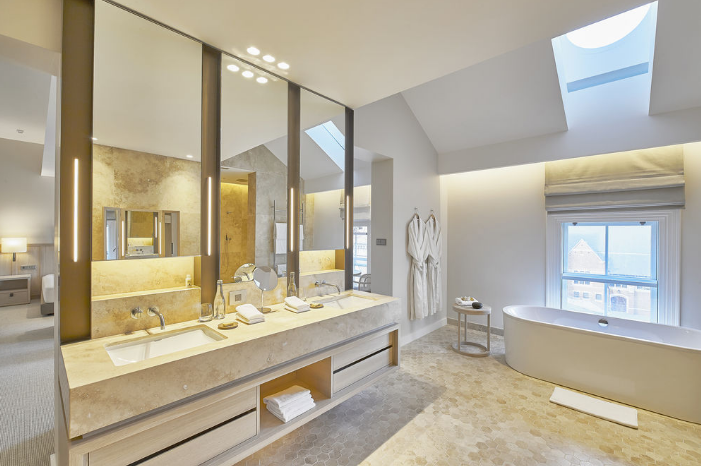 Nick’s latest book Desert Australia displays a spectacular collection of photographs of different wildlife and changing weather conditions, to remind us that our deserts are anything but lifeless.

WA has the most impressive deserts in many ways and if you want a remote experience – visit the Canning Desert.

How to prep for a desert road trip:

Why do you love the desert?

Top tip to take a good desert travel pic: take the photo early morning or late afternoon – the light at any other time is way too harsh.

Cross all of the beautiful gorges, see the spectacular waterfalls, take in the beauty of the desert in comfort and style with Adventure Wild Kimberley Tours.

It’s an incredible way to learn about the history, culture, flora and fauna of the Kimberley region and to appreciate the ancient Aboriginal rock art and swim in the crystal clear water.

Very popular for those between the ages of 40-70 with a reasonable fitness level.

The first time Rory experienced Bungle Bungle in the Kimberley, he couldn’t believe the incredible patterns on the rocks – a must see.

Apart from being a busy Mum of two boys, world traveller, ambassador and presenter, Catriona is also a farmer! Her and her husband are wool growers – sheep and grain are what they do! Catriona is a very proud ambassador of Australian Wool Innovation (AWI) and loved having Richard on the show…

Here in Australia, we produce the best wool in the world and most WA farms produce Merino wool.

Barloo Stud is based out of the historic Telyarup Homestead, in Gnowangerup, in Western Australia Great Southern Region. Owned and operated by current principals Richard and Cindy House, Barloo runs over 2300 stud ewes and 6000 commercial breeders, with Richard and Cindy running the property since 1996. The property covers up to 20000 acres, half made up of cereal crops (wheat and barley) and the other half sheep, selling 3000 lambs and shearing 500 bales of wool per annum. Barloo is located in an area averaging 400ml per annum.

Stay close by at Katanning – it’s the gateway to the beautiful South Coast and has all the facilities one would need.

Over the centuries, Aussie waters have become the final resting place for many ships lost in battle, storms, on harsh reefs and through human error. Graeme tells the story of these fascinating wrecks in his book Swallowed by the Sea – (purchase here.) The stories are accompanied by real-life photographs of the dive sites with recorded memories by the diving crew. A wonderful read.

WA featured shipwreck – TRIAL: British East Indiaman of approximately 500 tons, under the command of John Brooke wrecked on the Tryal Rocks off the northwest coast of Western Australia in 1622. It is Australia’s oldest known shipwreck.

Must-do: a shipwreck dive to explore the incredible ruins. 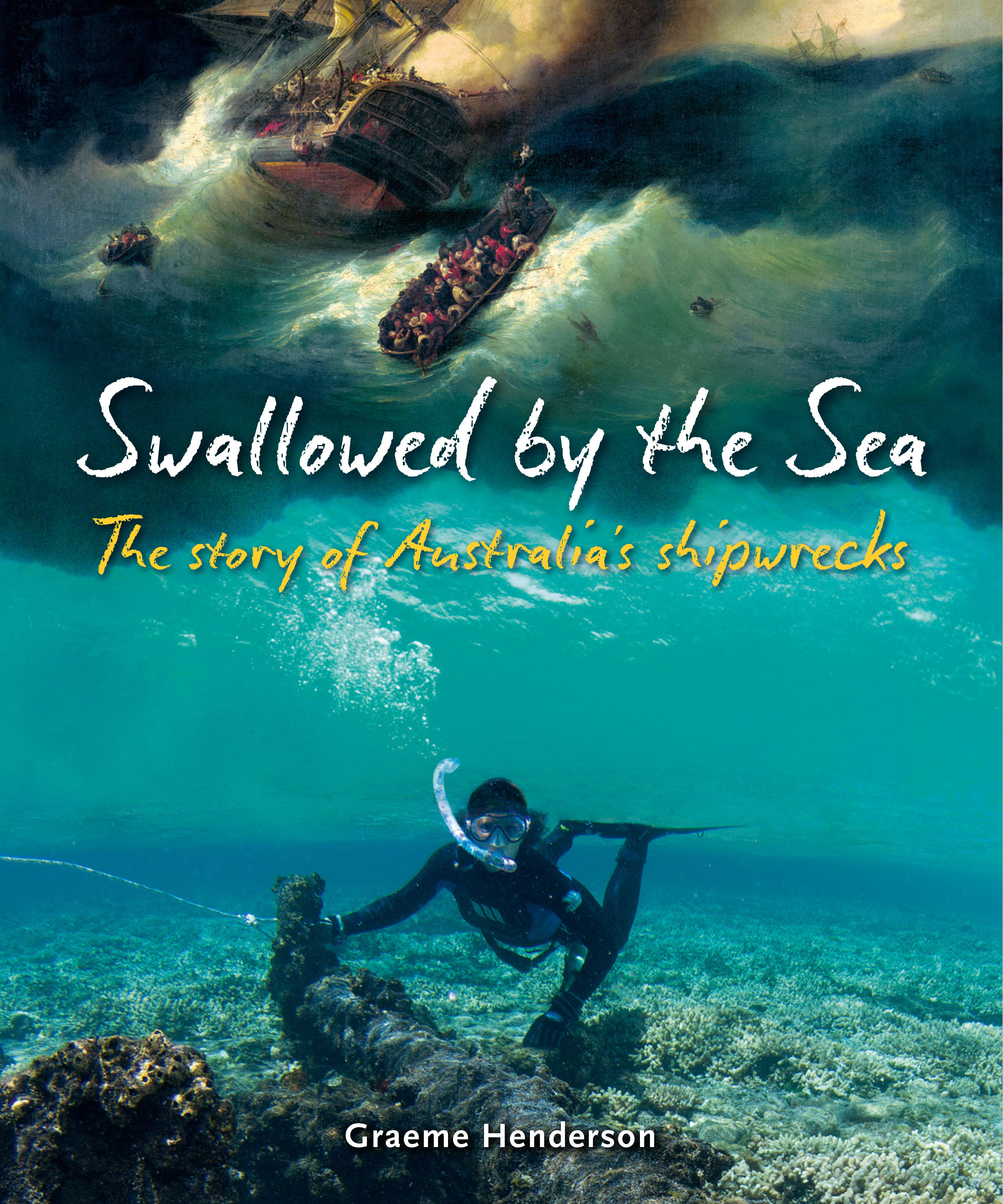 The Dutch were the first explorers of the east and west coasts of Australia. To celebrate this, it’s quite important that the Dutch King and Queen came to celebrate the recent 400th year anniversary of this exploration.

The Duyfken is a replica of the first ship to arrive on the north coast in the Cape York Peninsula, Queensland (and is based in Fremantle). For the first 200 years of Australia’s discovery by outsiders, Australia was known as ‘New Holland’ in Europe. 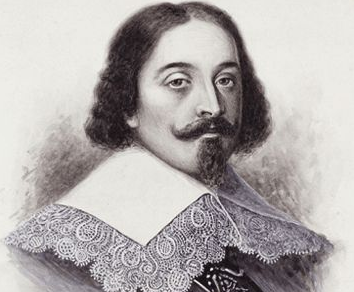 Historic tale: Dirk Hartog engraved his name and date (25 Oct 1616) on a plate and put it on a pole on the now ‘Dirk Hartog Island’ off Shark Bay, WA. After 80 years, Willem de Vlamingh arrived on the island, took the plate, then put his own plate on the island with his name and the date. Then the French arrived 80 years later and took plate with them to Paris. After the Second World War, they gave the plate to Australia to say thank you for helping them in the war – it’s now in the Western Australian Maritime Museum.

Recently, for the first time in a very long time, both Hartog and Vlamingh’s plates were reunited in WA for the 400th anniversary celebrations.

30k ‘Dutchies’ live on the West Coast of Australia.

Have you ever pictured yourself living and relaxing within another time period? Well, Marilynne’s multi-award winning Pinctada McAlpine House aims to make this dream a reality, through its Victorian-era inspired boutique hotel located in the heart of suburban Broome.

She’s one of the most stylish women to come out of WA. Her favourite go-to shopping district: George St – renovated old houses full of plant shops, food, fashion etc that’s close to Fremantle. Large shopping malls have pushed the creation of lots of smaller shopping strips out of the city.

King St has high end European brands and great food –  it’s a beautiful old street that has been beautifully renovated.

Everyone who called in – you were fabulous and gave great travel tips! We loved your stories. If you’d like to share your story next week, call Catriona live on 13 12 83.

Catriona will be chatting with you live from Bali next week! So tune in at the same time 2-4pm Saturday on 2UE Talking Lifestyle (in Sydney), or stream the show live on www.talkinglifestyle.com.au for the rest of Aust and abroad. 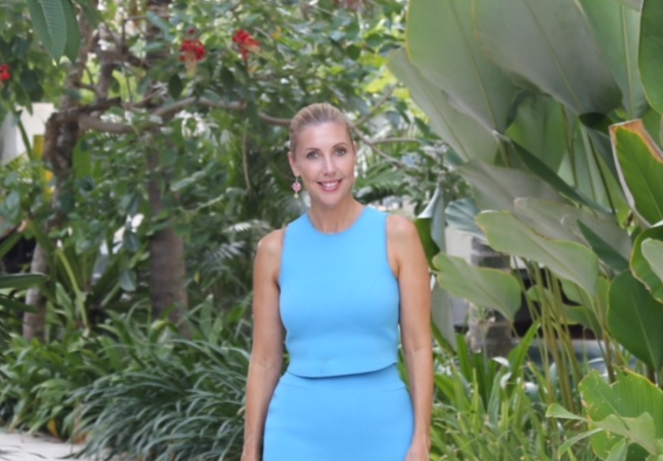 What I've Always Got In My Travel Bag