After reading that Johnny Depp recently made a pilgrimage to Dracula’s Castle in Romania, I thought I’d share with you my journey to this ‘spooky’ landmark. I love to scare myself, so I’m all for movies, books and travel experiences that’ll give me the chills and this is certainly one location that did just that! I stopped in here whilst on a Scenic Tours Black Sea Explorer River Cruise.

There was such a thick fog (very atmospheric) the morning we drove up into the Transylvanian mountains and when we reached Vlad’s castle, the clouds cleared to reveal this chilly behemoth. Adding to this, my guide’s thick Romanian accent and spooky personal experiences ensured we were in for a bumpy ride. Of course, the true history of the castle is just as fascinating as Bram Stoker’s account, which all in all made this a fantastic journey. 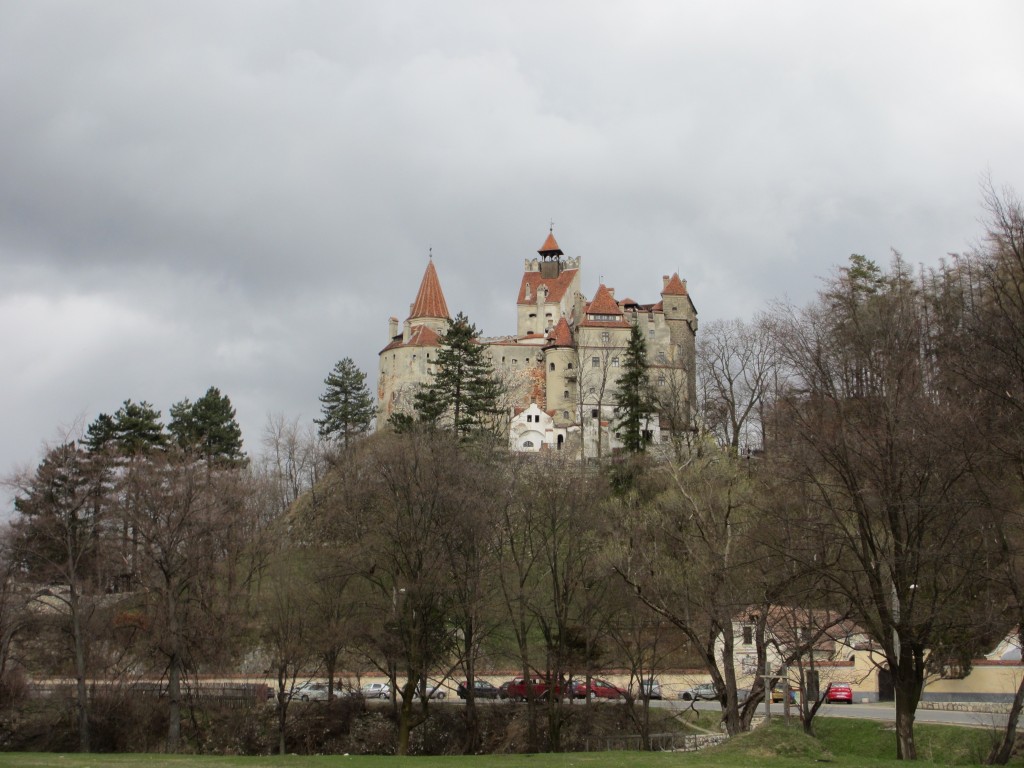 Bucharest is home to one of the last communist regimes to fall in eastern Europe and home to the world’s biggest, most expensive and heaviest civilian building: The Parliament Palace. Thia palace was built by dictator Nicolae Ceausescu and represents a period of history locals would rather forget. Ceausescu and his wife were executed in 1989 and the country moved on.

To look at Bucharest now, you would hardly guess those dark times were so recent.

Revolution Square, in the centre of the city, was renamed after the revolution. In 1968 and 1989, the square was the site of two mass meetings which represented the end of Ceausescu’s regime.

Bucharest has many excellent restaurants that are very inexpensive in comparison with the rest of Europe, and you’ll find tones of them in the Lipscani district. In the Middle Ages, Lipscani was the political and economic centre of the city, now it’s the coolest part of town and the ruins reveal wonderful stories.

Born there in the 15th century, Vlad Tepes (also known as Count Dracula, or Vlad the Impaler) was a bloodthirsty prince. Four centuries later, in 1897, an Irish novelist named Bram Stoker used Vlad’s nickname for one of the best-known gothic novels of all time. DRACULA!

Although Vlad’s palace was in Bucharest, the place the guide books call Dracula’s Castle is in Transylvania – a three-hour drive away in the Carpathian Mountains. On a full moon, it stands out like vampire fangs. For fans of the Twilight movies, it’s a spiritual home.

Bran Castle is situated between Transylvania and Wallachia (a historical and geographical region of Romania that’s north of the Danube River and south of the Southern Carpathians). There’s a narrow passage between these two cities, which was an important commercial route. The stone wall which still stands today was the original border.

Transylvania is in a remote corner of Romania – a region trapped in time and known to the rest of the world for its folklore, fairy tales and legends of vampires.

Scenic Tours guide, Bianca, was born and bred in Transylvania – so was the perfect font of knowledge! 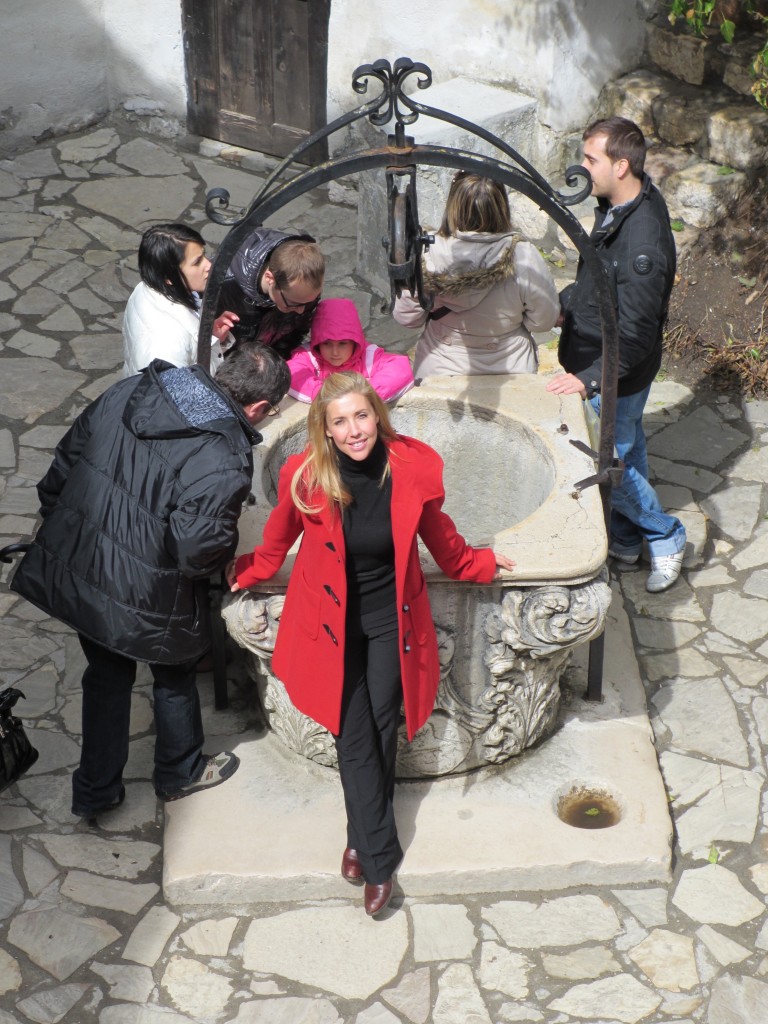 Bran Castle was built on the site of a Teutonic knights’ stronghold, dating from 1212. It’s surrounded by an aura of mystery and legend and perched on a 60 metre high rock. There are imposing towers and turrets and while any association with Dracula is sketchy at best, it continues to hold a strong attraction for fans of ‘The Count’.

It’s said that in 1459, the blood-curdling Vlad ordered 30,000 dishonest noblemen and merchants to be impaled, and then held a festival called St Bartholomew’s Day. He had tables set amongst the forest of the dead and invited his friends along. One of those friends was also impaled because he complained about the stench of the rotting flesh surrounding them.

I wasn’t afraid… but was adamant about returning to the Scenic Tours Space-Ship before midnight! It was there I was welcomed with champagne served by my butler – who’s name, believe it or not, was Vlad!