After spending a decade in Singapore, Barbara Vos was enticed to Darwin thanks to the love of an adventurous Territorian. Following the loss of her husband, she realised he had instilled such a taste for challenge that retirement had to continue new experiences far and wide, even though travelling solo in one’s sixties could be daunting. A love for house sitting, interspersed with working through a never-ending bucket list, provided the solution. If a day is difficult, she simply reads the message on her favourite ring: “You Go Girl”.

In this week’s Guest Traveller, Barbara takes us on an amazing adventure, from the island destinations of Paxos and Corfu, then Crete, interspersed with trips to Montenegro, Croatia, and Turkey. 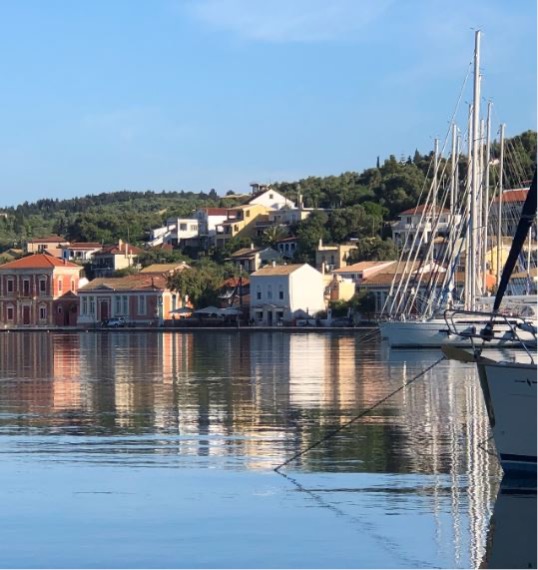 The port of Gaios, capital of Paxos and 90 minutes’ ferry ride south of Corfu, was a wonderful place to stop, with inviting bars and restaurants. 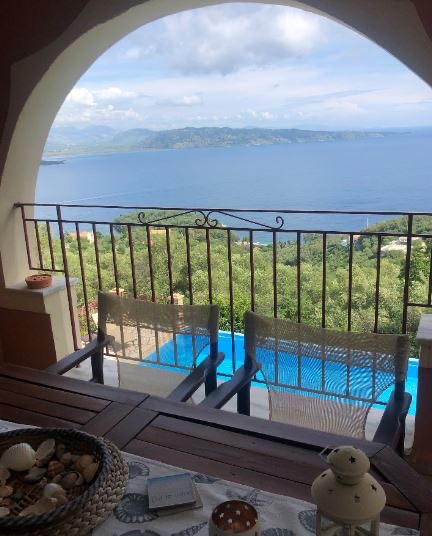 On Corfu, we were based near Kassiopi on the north coast looking across to Albania. This was the perfect spot to celebrate my sister-in-law’s birthday. 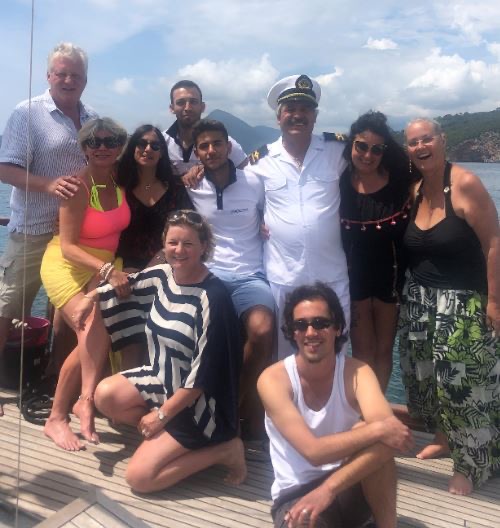 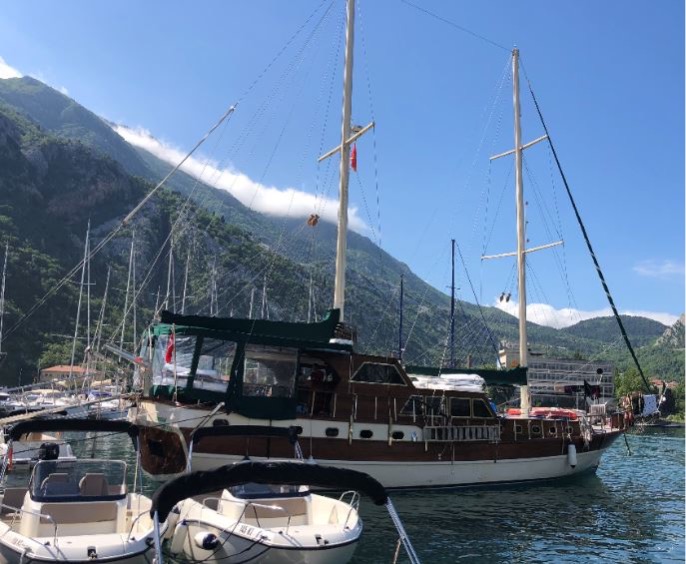 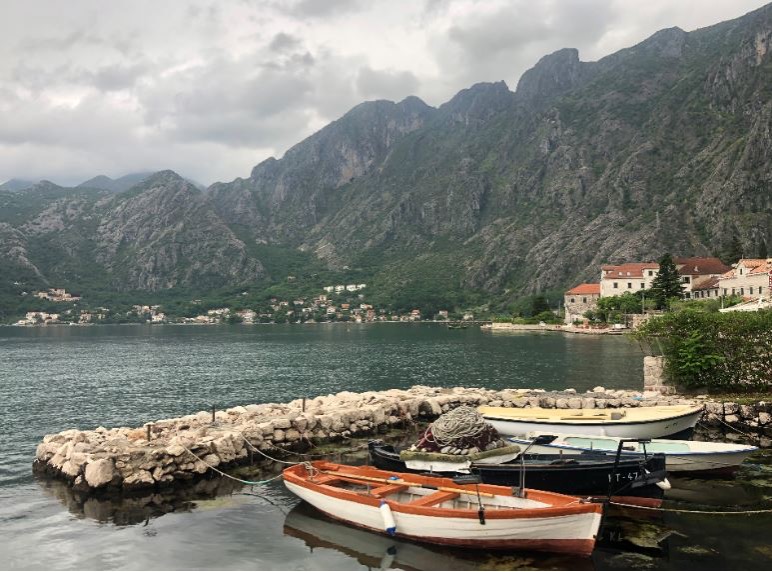 Next came an unforgettable week sailing on a gulet, Simge-can, in Montenegro. Our week was spent dodging cruise ships and some of the world’s most ostentatious super yachts; but there were enough tranquil anchorages to keep to ourselves (blissful when the sun shone and even included a couple of chilly swims off the boat). 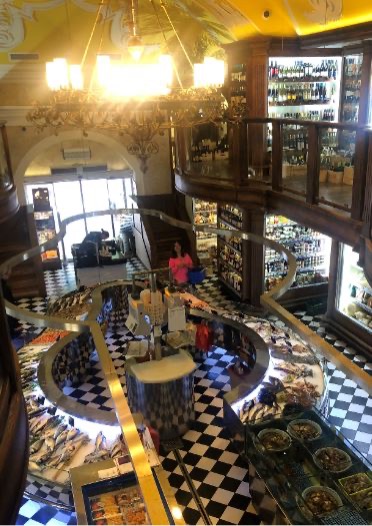 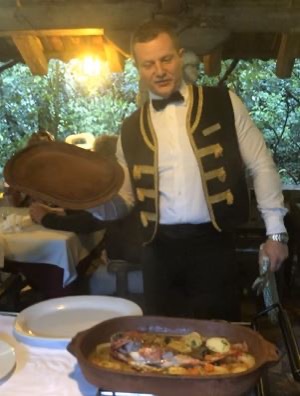 A fellow foodie found an amazing deli, which we revelled in for a couple of hours before heading back to a pre-booked restaurant near the gulet, the Stari Mlini (18thC flour mill) – now in my top 10 exceptional restaurant experiences anywhere. Between boat and table lay a series of trout ponds but following the advice of the Maitre’D we opted to share black squid ink risotto and oven-baked scorpion fish. 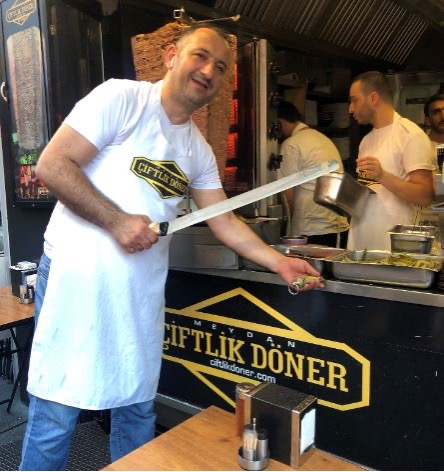 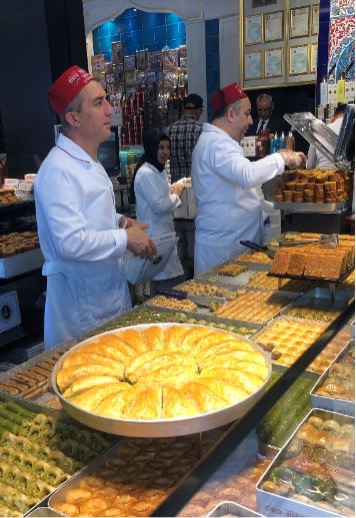 Next came two weeks in Turkey. I had planned this leg to coincide with the celebrations at the end of Ramadan thinking there’d be feasting and celebration. Instead, this normally overcrowded city emptied out, with almost everyone returning to home villages across the country to celebrate Eid-al-Fitr with family. Fortunately, my local expert, Seb King-Jones, was on hand to point me in the right direction for daily excursions and proved an excellent gourmet companion.

I felt remarkably safe, despite having to rely on Google Translate on my iPhone for almost all communication – in the market, on the ferries, in book shops and on buses. Preconceived ideas of Istanbul were overturned in a well-groomed hospitable city (where tea was offered everywhere in preference to alcohol). 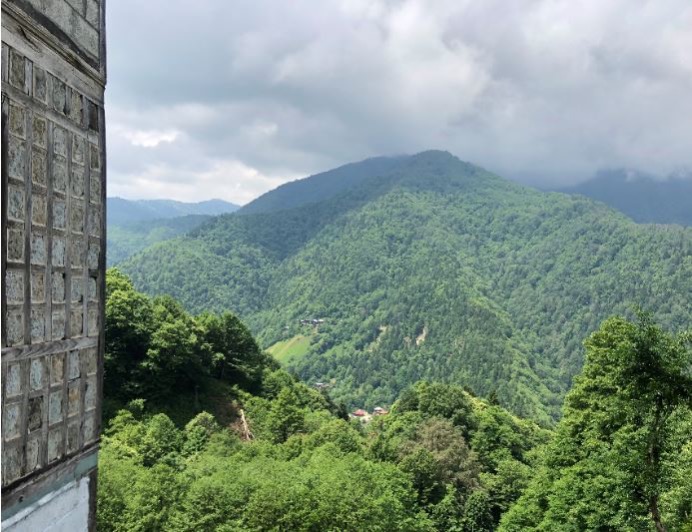 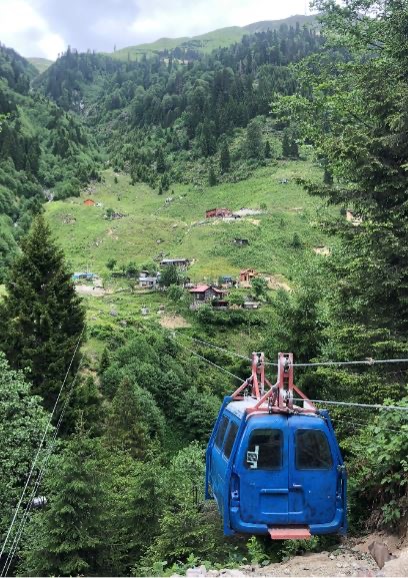 In Camlihemsen, Rize Province, Black Sea region,  the breakfast view from outside my bedroom was breathtaking. I survived/enjoyed a couple of epic expeditions that even excelled some of my late husband’s maddest motoring moments (notably driving up “the Big Red”, a 30m tall sand dune, Simpson Desert). First, to the remote villages of Sal, Pokut, and Hasindak, with their views towards the distant snow lines and 3,937m mountain peaks. Second, to the alpine slopes of Ayder, visiting one of the renowned “swings with a view”, reaching the snow, and revelling in the plateau studded with alpine flowers.

Turkey was a revelation – not least Istanbul’s new airport. 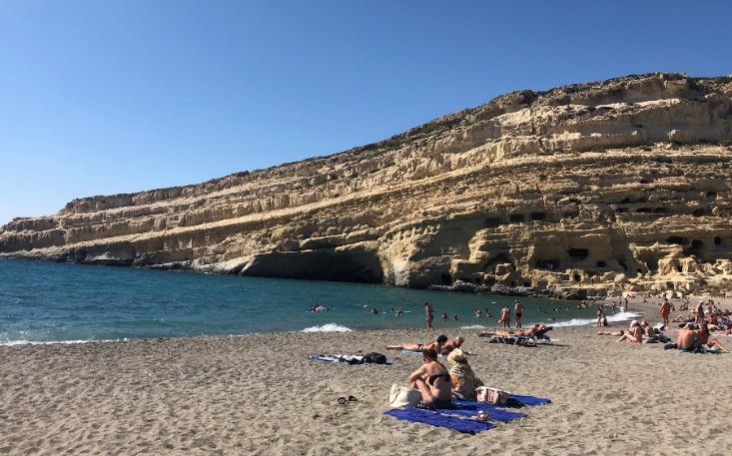 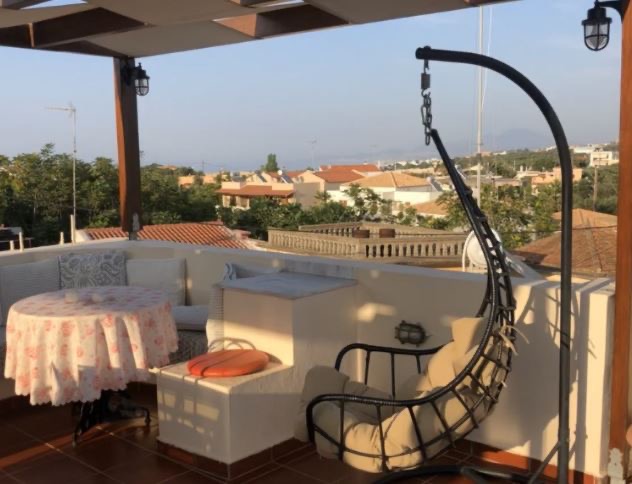 From Istanbul back through Athens – and I made a first visit to Crete, both the south and then the north of this mountainous island. The weather did not become truly hot until I arrived, and it couldn’t be further removed from the alpine scenery and greenery that came before.

I appreciated the local Moires market, the music venues, and the sea, but was only too happy to head north instead to Rethymno. Here I discovered an oasis amongst the old stone homes and gardens of Atsipopoulo, perfect for relaxation. I had the old town of Rethymno, with its Venetian history and harbour below, and Manoli’s Taverna in the town square up the road a few paces. Family run, they served simple Cretan meals of home grown produce which meant I didn’t need to shop or drive the hire car anywhere. Bliss.

Around the world with 8 takeaways

Around the world with 8 beloved books