Late last year, Allan Nash, the founding partner and MD of Asia Divers and El Galleon Beach Resort in the Philippines, bought a motorbike in Santiago, Chile. He packed it to the hilt with camping gear, and hit the gravel road, to Argentina. Wind, new friends, wine, and plenty of other essential elements later, Alan completed the journey. Here is his adventure, in photos, from the road to Patagonia – one of the few regions with coasts on three oceans: the Pacific Ocean to the west, the Atlantic Ocean to the east, and the Southern Ocean to the south… 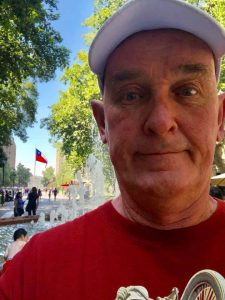 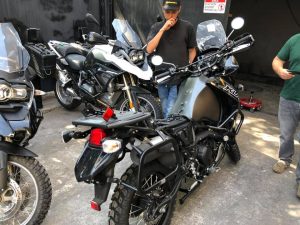 My new toy getting a rebuild before the big trip begins. Santiago de Chile. 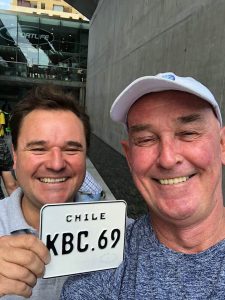 What a great day. I was told this morning it would take four days to get my plate. Thanks to Tomas at Ride Chile ridechile.com after my RUT registration (tax registration) it took less than an hour. What a man, thank you Tomas my new good friend. I love the bike and tomorrow the adventure begins. Who knows where I’ll be tomorrow… 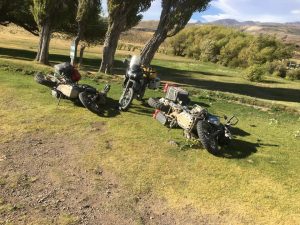 It was the wind that put these bikes down. And yes I was lucky. The wind is incredibly strong and tomorrow morning will be the test as we do the worst spot on the planet in Argentina. 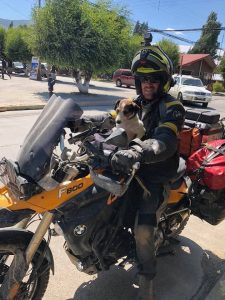 Chile to Argentina with a few good new friends and a dog! 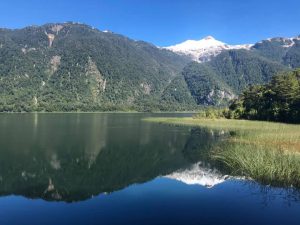 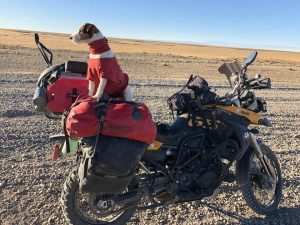 Having fun with bad gravel roads and strong winds. Argentina’s well known for this 76km of so-called adventure. 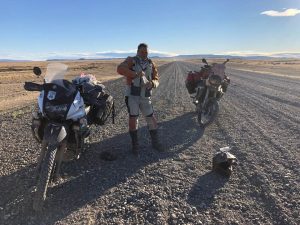 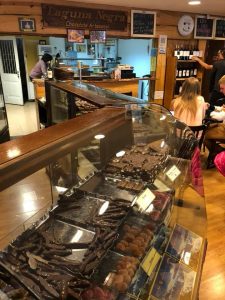 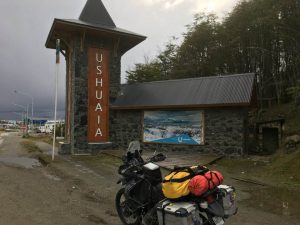 Sand storms, broken pannier, pitted and scratched video and helmet. Dusty, then wet with rain, we ended up in Ushuaia – the end of the world. 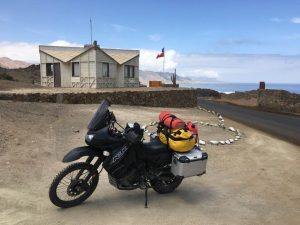 Chañaral Chile a National Park known for its cactus and amazingly beautiful beaches and yummy seafood. Tempted to stay. No wifi, no tv, just what you see 🙂 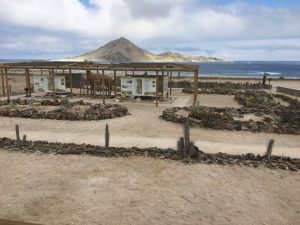 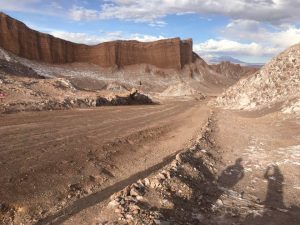 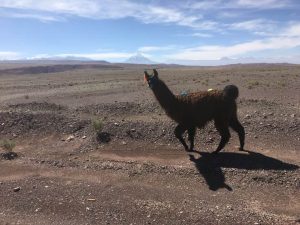 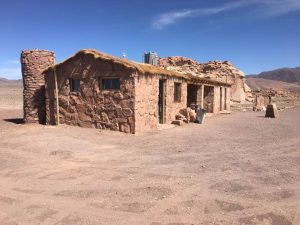 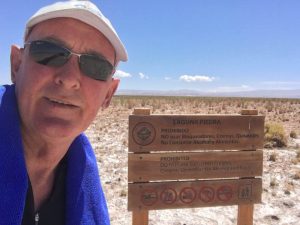 The only thing you’re allowed to do here is swim. 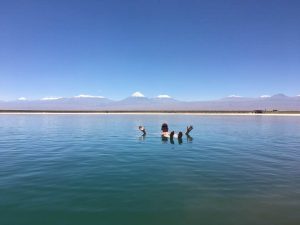 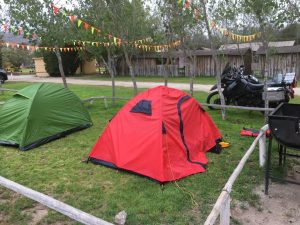 Camping outside of La Serena. 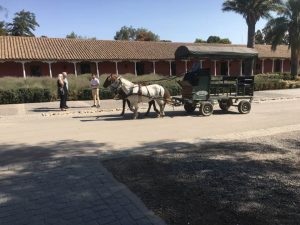 End of trip but not the end of another great day. Santa Rita wine tour.