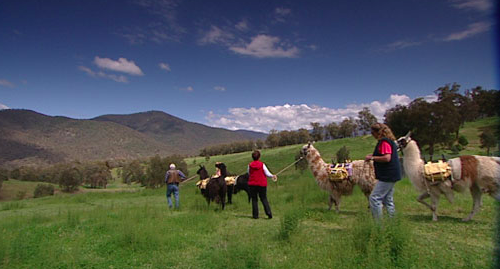 I went to Dargo in Victoria’s Gippsland, 350 kilometres east of Melbourne. Dargo and the surrounding area has a population of around 150.

It didn’t take long for me to find Rob Burton, known locally as the ‘Llama Whisperer’. To lure tourists, Rob started out with a few llamas, trained them and began High Country Llama Tours. It wasn’t an easy journey. After being spat on, kicked and slammed against a fence, Rob took a course in the whispering technique. 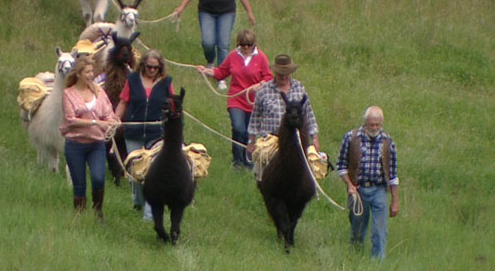 I was paired off with Charcoal, the oldest of the pack and definitely the boss. I soon learnt that when Charcoal was making a gentle snoring sound, he was content and happy. 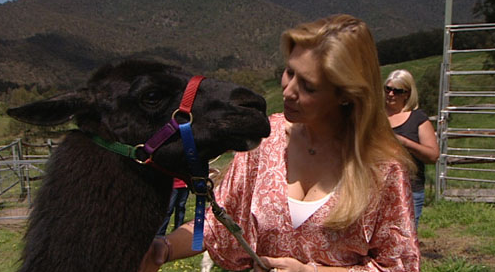 There’s a good choice of tours. Short walks to longer hikes that include lunch in the bush. There are also night walks. Rob is an expert when it comes to local flora, fauna and bushland and knows how to spin an interesting story.

The four bedroom, two bathroom High Country Homestead features a large living area, indoor and outdoor dining areas and a kitchen. Guests enjoy a glass of wine on the surrounding verandah and take in the beautiful 48 hectares of mountains, woodland, a small vineyard and dams.

The century old Dargo Hotel is a good place to chat to locals and enjoy a meal, or you can stay at the High Country Homestead and self-cater. 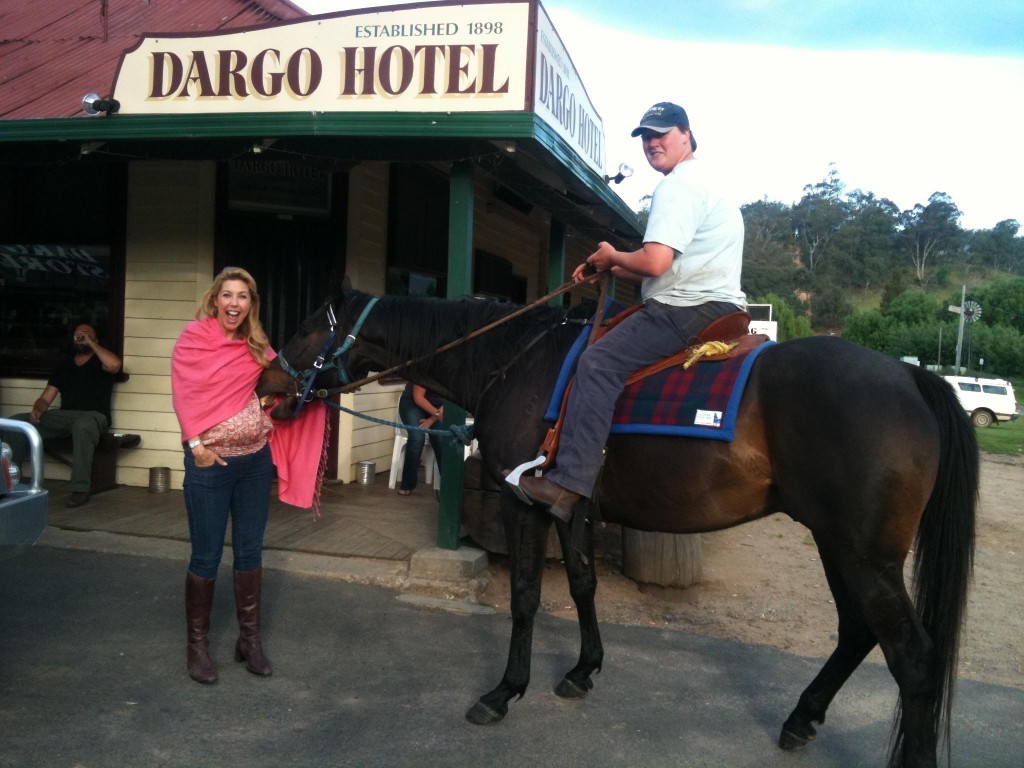 Dargo and the baby belly 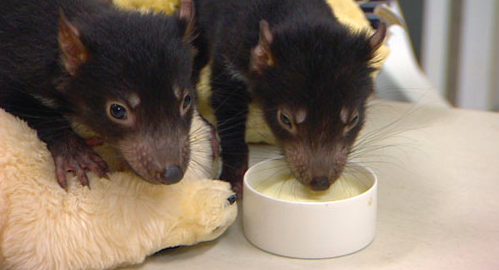 I visited the Australian Reptile Park in Somersby, an hour north of Sydney. The award winning zoo was founded in 1948 and has many unique residents and activities. Lost World of Reptiles, Spider World and Frog Hollow are fascinating. Stop by and say hello to Elvis, the largest salt water croc in the state – 5 metres long and 500 kilograms!

The new Devilish Encounter program is part of the park’s efforts to eradicate the spreading of Devil Facial Tumour Disease (DFTD), which is threatening the creatures with extinction. Without drastic and caring steps, that could happen within the next decade. Numbers are down 40% across Tasmania and therefore breeding programs are vital. It’s estimated that 65% of Tasmania is affected by DFTD. 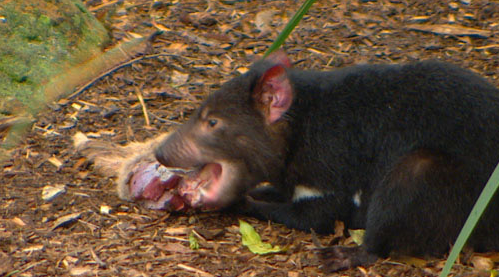 Despite their screeching and not exactly beautiful looks, Tasmanian devils have some endearing qualities and enjoy a game of tug-o-war.

Who wouldn’t enjoy bottle feeding a joey? Twenty of them have arrived safely in the past two years, disease free, and are being hand-reared. I loved that and the babies crawled on my head and gently nibbled my ears.

When you’re there, ask about adopting a Crazy Critter. Maybe a Galapagos tortoise, cuddly koala or one of the Tasmanian devils. Adoptees’ contributions help cover daily costs including feeding, heating and care. You will be assisting in the conservation of some of the world’s most endangered species. What a great feeling!

I just loved my hairy nosed wombat experience. Run by Conservation Ark and guided by research scientists from Zoos South Australia, I was part of a science and conservation program. It took place in Swan Reach on the Murray River, 2.5 hours from Adelaide.

They have been working with southern hairy-nosed wombats for many years and you can take part in their field expeditions. The nocturnal and burrowing marsupials are South Australia’s faunal emblem.

Two to five day hands-on experiences include spotlighting, chasing, capturing, measuring, weighing and releasing wombats. Data is carefully collected and everything is crucial to conservation research.

I headed out in the middle of the night, on the back of a rusty old ute, with a torch to spot lumbering hairy-nosed wombats, which surprisingly can reach speeds of up to 40kph. If you happen to catch one, you become a member of The Ancient Order of the Wombat Catchers – a most select group.

Once tagged and bagged, the wombats stay at the base until morning, and are then released back into the bush.

While it’s a scientific exercise, there is a physical side to it and being fit and healthy is a pre-requisite.

You will be swagging in a historic shearing shed on the Murray River clifftops, near Swan Reach. There’s a hot water bush shower, long drop toilet, refrigerator and cooking facilities.

You will encounter a range of other animals as you explore the natural beauty of the Murraylands/ Mallee environment. 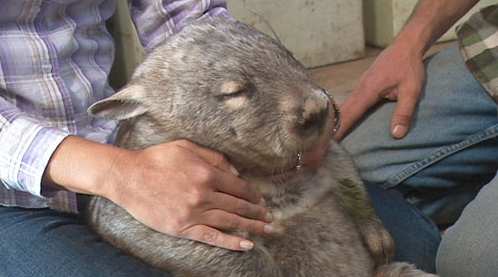