Originally published in April 2019 and republished to mark Anzac Day 2020.

Where is your favourite travel destination?

Singapore … a revitalising getaway and always changing. The public art, museums and activities are wonderful to experience in such a vibrant, dynamic city. It is convenient for Singapore as a major Asian hub and a direct flight from Canberra.

However, it is difficult to appreciate that Singapore could rise from the depths of despair, as they did almost 75 years ago. During the Second World War the British and Allied forces, which included my grandfather, surrendered to the Japanese Imperial forces. Local Singaporeans were condemned to a life of hardship and mistreatment for four years before being returned to British colonial rule in 1945. 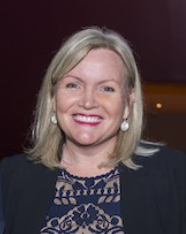 What’s your top tip for holidaying there?

Do not miss Fort Canning, just above Clarke Quay. It is a spectacular view across the Quay and over to the Marina Bay. The fort or Battle Box has fascinating guided history tours of the underground bunker, within which the British command monitored the impending Japanese invasion and made the decision to surrender.

Further afield is Kranji, which was used as a prisoner of war camp by the Japanese, and the Kranji war cemetery was begun by the Commonwealth prisoners at the camp. It is a must to visit and honour the lives of those with no known grave who lost their lives in defence of Singapore, in Malaya and Indonesia. 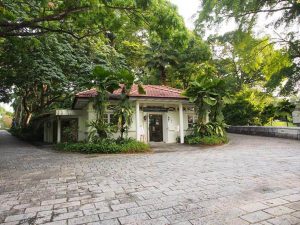 What do you always packs when you travel?

A pashmina is my must-pack. Whether during flights or in hotel rooms, or when you need to dress yourself up, it is perfect. If you are a week into your travels and growing tired of your clothes, they always add a bit of colour. They pack down well and are a great wardrobe standby.

Japan is a future destination – such a small country full of diverse experiences in food and culture, and with its own, rich history. However, I fear Japan is becoming a Western tourism mecca much the same as Thailand did over 20 years ago.  So best pack my bags soon to enjoy parts of the real Japan.

Tell us about a travel disaster – or near-miss – which stays in your mind?

Travelling with children can be problematic, but arriving back into Paris via train on the day of the 2018 World Cup soccer final has left a lasting impression on my young teenage sons. We had been to Arras for the day and knew, win or lose for France, a taxi back to our hotel in Paris would be near impossible. The game had finished, France was victorious and mayhem was unfolding as we stepped off the train at Gare du Nord. Mayhem was maybe an understatement and riot was more accurate as Parisians took over the city. Walking on the streets wasn’t an option, so we headed to the Metro. My sons were petrified, my husband’s wallet promptly stolen and the train was scarily overcrowded and being rocked dangerously by young people looking for fun – and trouble. The gendarmerie simply looked on as waves of jubilant crowds made their way to the Champs-Élysées. A lasting memory for us all – far from the picture perfect, cultural icon of Paris.

Main image: Entrance of the Battle Box, an underground bunker where the British made the decision to surrender to Japanese Imperial Forces. Fort Canning, Singapore. battlebox.com.sg

New round of travel trivia ready for takeoff