Last year I was thrilled to be asked to host a ‘behind the scenes’ TV special of the latest Australian Outback Spectacular show. It was incredible to be up in the high country mountains and it was my first time seeing the famous Craig’s Hut from the movie The Man From Snowy River, with the legendary mountain men themselves. That was exciting, but to finally see the show come together was above and beyond. So much work, creativity and skill combine to create a goose-bump giving experience.

The Australian Outback Spectacular is located between Movieworld and Wet’n’Wild and has hosted thousands of sold out shows since opening its doors in 2006, where over one million people have been entertained in true Australian style.

Myself, my husband, James, and our boys, Charlie and Andrew, had heard great reports about the ‘Spirit of the Horse’ show (that included a special tribute to the mighty Phar Lap) and we couldn’t wait to see it for ourselves!

We were invited to sample the exclusive ‘Winners’ Circle’ package, which included a long list of features not included in the other ticket options. The boys loved seeing lots of Australian outback animals – dogs, sheep, cattle and camels – and particularly liked getting so close to some of them. 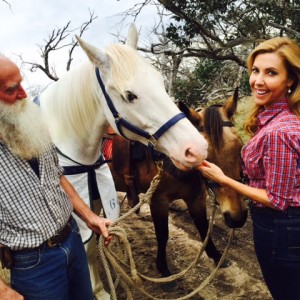 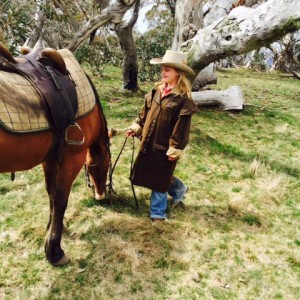 We were greeted by Cobber the dog for a photo session before starting a back of stage tour. They then met Gregory, one of the heavy horses and one of seven half-brothers on site. Gregory and four others pull the Cobb & Co coach. 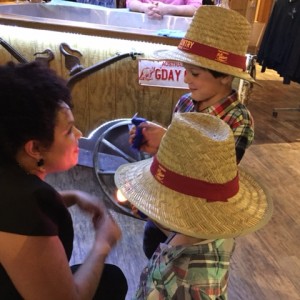 My boys with Christine Anu. She contributes to the amazing soundtrack 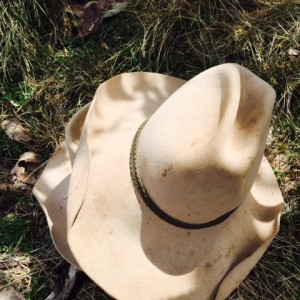 The show featured a cast of talented performers, skilled stockmen and women and an array of delightful animals, including 48 Australian stock horses, seven Percheron horses, five Shetland ponies, 50 sheep, four dogs, 10 longhorn and 10 Santa Gertrudis cattle. Animals work on a rotating roster. Those who ride, herd and race them have experience on outback properties and when they aren’t performing, they work, clean, feed and groom their animals.

The ‘Spirit of the Horse’ show had incredible props, including a huge homestead and a fleet of vehicles, carts and cars, that you can touch and sit in if you’re lucky. A complete recreation of an old Essex, which was used in the movie Phar Lap, is authentic – except for its 2009 Toyota HiLux engine!

A very life-like display of thunder, lightning and rain had my boys running for cover, but didn’t stop them tucking into the four course dinner and drinks in the Winners’ Circle lounge, which is themed in the glitz and glamour of the 1930s Melbourne Cup. Even though the show wasn’t due to begin until 7:30pm, our little boys didn’t even look like being ready for bed. The action on the arena had them wide-eyed.

Every twist and turn of the show featured a cast of larger-than-life characters and amazing animals, with spectacular scenes featuring wild horses, stampeding cattle, an array of bush vehicles and an unforgettable display of horsemanship. There’s a mustering helicopter that dives into the arena to round up a mob of charging cattle. 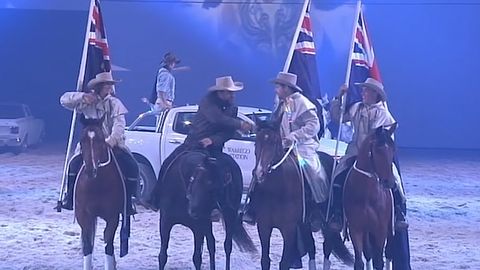 As I mentioned, the show pays tribute to the amazing horse that is Phar Lap. There are few Australian legends that have a greater reach than that of Phar Lap – hero to a nation. In a time of great depression, this amazing horse gave courage and hope to a nation in turmoil.

A highlight of the show is built around the competitive spirit of Australia. The audience was split into two groups after receiving stockmen’s hats stylised from an RM Williams original. Headbands depict respective stations. It’s great fun, as everyone barracked and cheered for their stockmen and women to bring home the ultimate prize of ‘top station’.

All of this is accompanied by stunning orchestral pieces composed exclusively for the show, as well as popular music written by country music star Lee Kernaghan, and songs performed by talented cast members.

An impressive feat is that 1000 meals are served in less than eight minutes by a busy team of jackaroos and jillaroos. And delicious it is!

The Australian Outback Spectacular is now showing ‘High Country Legends’. It’s a captivating journey based around the bravery, beauty and courage of the greatest Australian stories never told, and is brought to life through the biggest display of special effects ever implemented.

Tickets are selling out fast, to book call 13 33 86 or visit the Australian Outback Spectacular website. 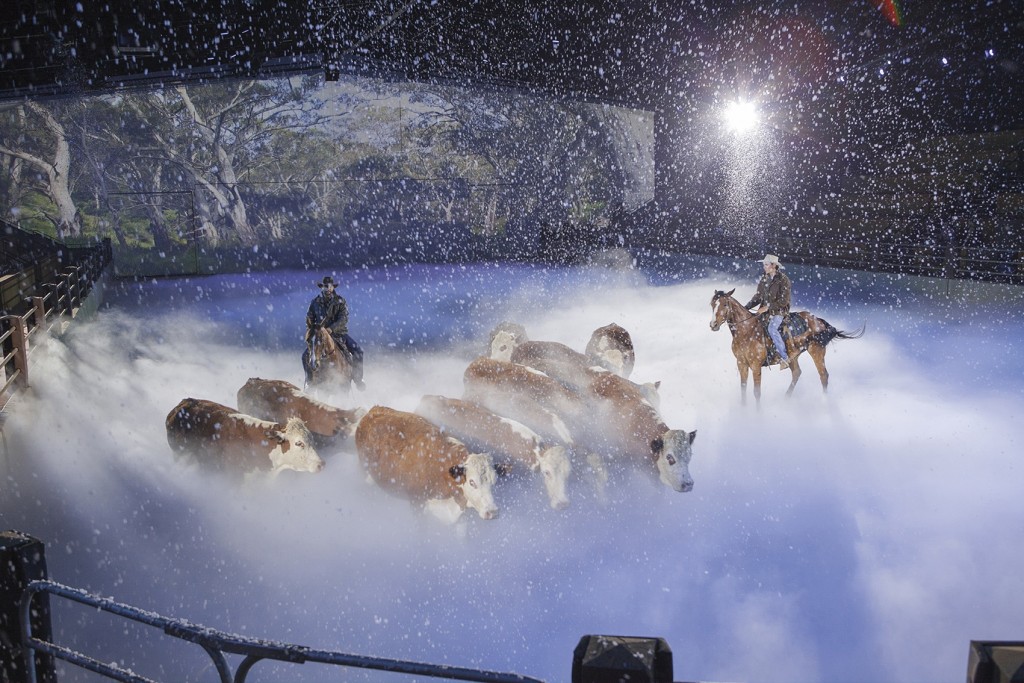 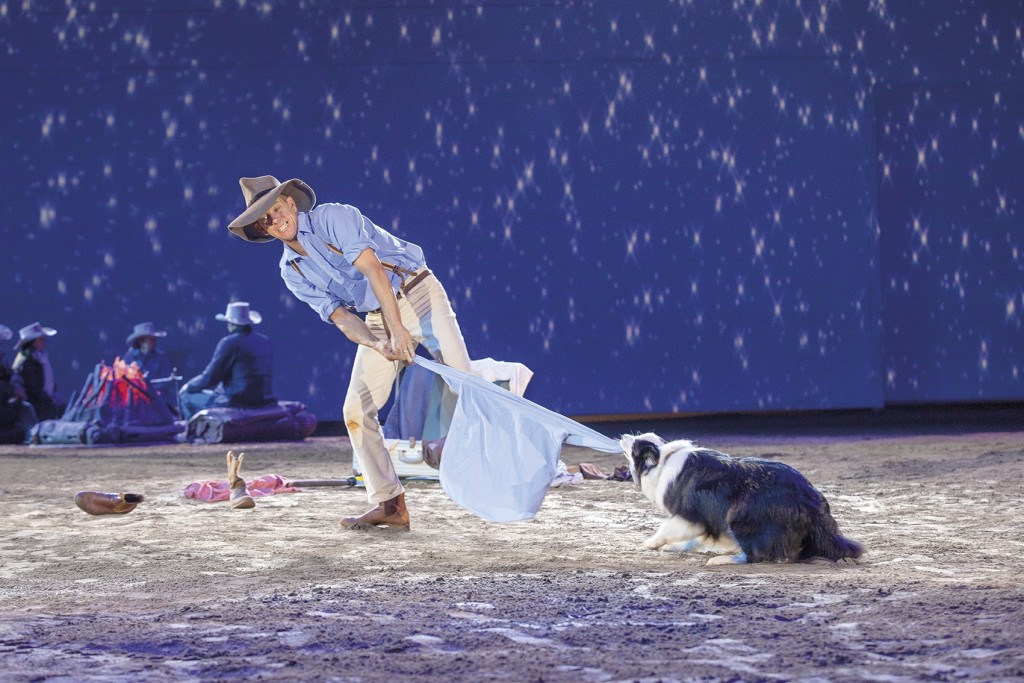 CATRIONA’S TIPS
Get into the theme of it and dress in typical country fashion with a flannelette, some denim jeans, cowboy boots and hat in tow.