Journeys to Come’s Jack Walden had one week in Ireland—7 days to travel from the top to bottom and see as much as possible. In this Guest Traveller he remembers the breathtaking mix of undulating cliffs, lush countryside, and wild seas thrashing against jagged coastlines. Majestic!

This was a trip to celebrate my grandmother who was a huge fan of Ireland (being part Irish). When I was growing up, I remember her shrine to Ireland in her house. There was a decorative picture of an Irish town by the sea that hung on the wall. As she had never travelled there, I was fulfilling one of her greatest desires. Her dream was to have kissed the Blarney Stone and now I’ve done it!

Home of the boiler maker 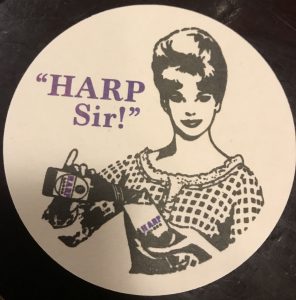 The ‘first cab off the rank’ (literally!) was a Black Cab tour of Belfast. When you only have seven days to explore Ireland, this is one of the best ways to start.

We were driven around in the classiness of a London black taxi to significant historical sites like the Peace Line and political murals, followed by a couple of hours learning about the Titanic (built in Belfast) at one of the world’s best museum attractions. “My heart will go on” yearning to return. Of course, there had to be a pub visit during the tour. We started with a Harp beer, then tried a Boiler Maker (beer and whiskey), which was a definite surprise to the tastebuds!

Introducing a new fan of Guinness 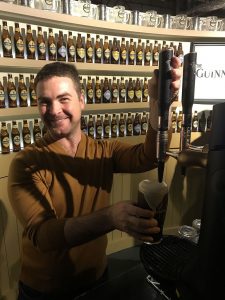 We stayed in central Dublin and visited The Little Museum of Dublin, a great way to learn about the city’s history. It’s a townhouse filled with items of historic value donated by the residents of Dublin.

When my friend Katie and I travel we try to immerse ourselves in the different cities. One way we do that is by going to a concert. So off we went to the National Concert Hall. What an opulent surrounding for a gala concert.

When we commenced the Tour of the Guinness Storehouse I thought it wouldn’t be very impressive. Three hours later though, I didn’t want to leave! I now know about the history of Dublin’s home brew and how to pour the perfect Guinness. A tour about this dark brew had me falling in love with its taste!

A countryside of churches 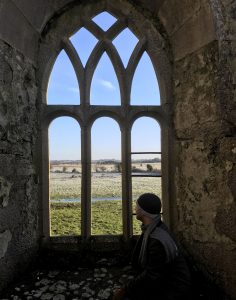 Galway, which we used as our base to explore the south, was our next stop. I won’t forget the amazing seafood dinner we had there. We started with a day tour to the Connemara  region. Think winding roads among the ‘inlets of the sea’. The most rugged coastal nooks and crannies I’ve ever seen.

We enjoyed the peace of the countryside when we visited Kylemore Abbey, a Benedictine monastery resting in the midst of mountains with its beautiful walled garden. I didn’t want to forget this place, so I picked up a gorgeous piece of handmade pottery from the nuns. I like to think it holds some of their composure. We particularly loved travelling through towns where only Gaelic was spoken, an alluring sound to our ears.

Popping the Cork on Chaplin country

We started our day in Cork, a city of medieval churches, with a visit to Blarney Castle. I climbed to the top of the tower and finally kissed the Blarney Stone! As legend dictates, I definitely have the gift of the gab now. We then headed out of Cork for a day tour of the Ring of Kerry, which took us from picturesque villages to dramatic coastlines. And much like our Guinness pursuit, we were on a self-imposed requirement to have an Irish coffee at the Red Fox Inn.

Listen to our podcast with our Irish tour guide 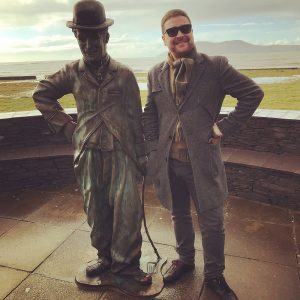 Lunch followed at Waterville, known to be Charlie Chaplin’s favourite Irish seaside village. A statue of him stands strong against the stern blue sky to remind us. Then the stunning scenery at Ladies View, where Queen Victoria visited in 1861, grabbed our attention.The story goes the Queen sent her ladies in waiting ahead to look on her behalf—the journey set to be too much for her.

Our final excursion was organised by Munsterbus tours, an exploration of the southwest corner of Ireland whose sights covered the extremes from pristine gardens to fierce seas. Exceptional!

Finding her match in Ireland