Journeys To Come’s team member Jack Walden had been dreaming of visiting Chicago for longer than he can remember. First, it was the land of Oprah. Next it was the backdrop for the doctors and nurses of County General Hospital on “ER”. Then the Obamas helped give it a little bit of attention. And most recently it’s caught his attention again as the home of “The Good Fight”. Let’s find out if realising the dream made for fun travels in the windy city… 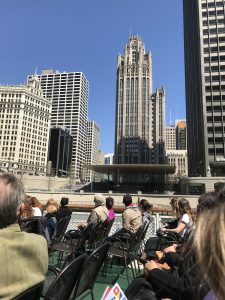 A city of high rises.

While it may be known as the home of Harpo (Oprah spelt backwards!) and the place where Obama got his start in politics, it’s so much more. It’s also the city for phenomenal architecture; architects from all around the world make it their destination to explore the home of the high-rise building.

After the Great Chicago Fire in 1871, the city was primed to re-build itself via the proliferation of ideas from the many architects who arrived in the city with that goal in mind. The renowned Frank Lloyd Wright was one of them. Even if you are not an aficionado of architecture, there’s no denying the awe this city’s buildings will impose on you. They’re a wonder!

The best way to see the city is by a cruise down the Chicago River. On board Chicago’s First Lady, the Chicago Architecture Foundation River Cruise was 2.5 hours of visual and mental stimulation, and learning about the buildings’ history – from post-modern to the Opera House. Ronnie Jo, our guide from the Chicago Architecture Foundation shared so much information and knowledge. There’s the Wrigley Building, with its delicate, lace-like facade, which is even more stunning when it’s lit up at night; Willis Tower, with its panoramic view of the city from the 103rd floor skydeck “the highest observation deck in the United States”; and Prudential Plaza, which to our guide’s eye resembles Flash Gordon’s spaceship! 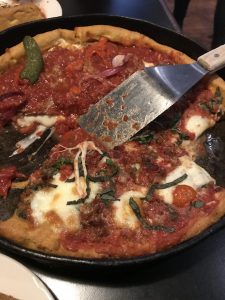 Tastebuds will never be disappointed in Chicago.

One thing to remember about Chicago is that the winters are brutal. I have been advised to go there in either spring, summer or fall/autumn. I went in May, which was perfect weather to conquer the many outdoor activities I had on my list. Don’t worry though: even if you do visit in winter, you can spend them indoors exploring the buildings, museums or theatres.

If you do visit Chicago in winter you’ll be protected from the brutal cold by the city’s joined-up, underground ‘ped-way’. Frank Sinatra was right when he sang “Chicago, Chicago, that toddling town” – the city is made for walking. The city streets’ grid structure and flat terrain also make it conducive to bike riding. And you can also keep yourself warm in one of over 250 theatres and comedy clubs.

Our culinary tastebuds were never disappointed as Chicago is known for its food, restaurants and bars. I indulged and survived a deep-dish Chicago pizza, over-flowing with topping, as well as partaking in another tradition in Chicago – a sumptuous steak in the city known for its steaks. There is a wide community of bars, and celebrations spilled into the streets as we marked the Mexican festival, Cinco de Mayo. 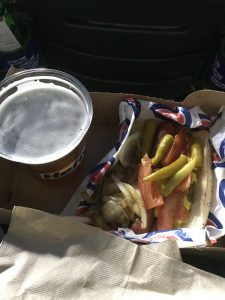 I couldn’t visit Chicago and not go to the famous field for a Cubs game. I was instructed to yell at the umpire and learn how to score the plays, just like everyone around me was doing. To sustain myself during the nine innings, I naturally had to sample a real Chicago hot dog with its very specific requirements: NO tomato sauce, with raw onion, fresh tomato and mustard. Wisely, vegetarians are catered for with a vegetarian option. 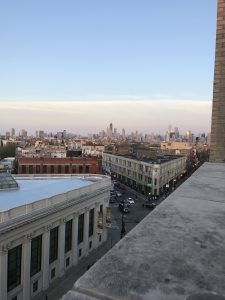 Exploring the edge of the city.

We stayed in an Airbnb in Wicker Park, located only a few stops from the downtown (on the yellow line). The above-ground trains were wonderful moving against the city’s skyline.

This visit to Chicago simply whet my appetite for more – not only literally for the food – but next time I would make sure I had time to go inside at least one of the famous buildings and, if their exterior was anything to go by, immerse myself in its grandeur. The queues were long, so we all need to plan ahead! 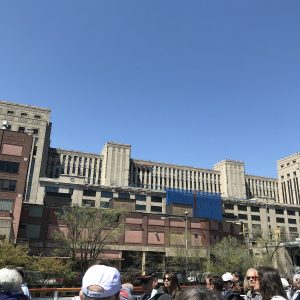 One of America’s largest post offices in the city that was home to the mail order catalogue. 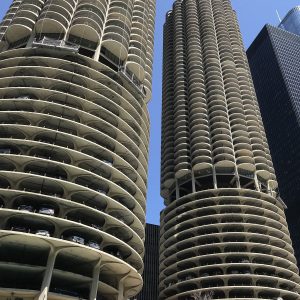 An incredible range of architecture including above ground carparks. 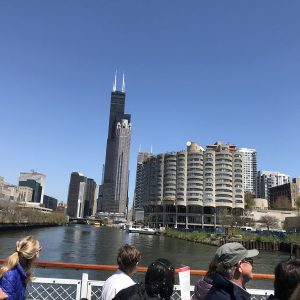 Exploring all angles of the city of Chicago. 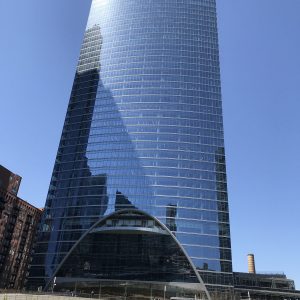 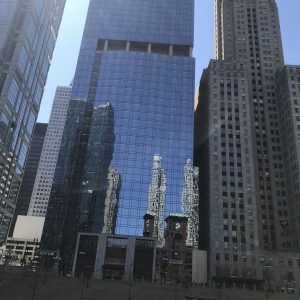 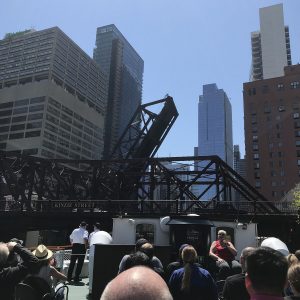 One of the many bridges of Chicago 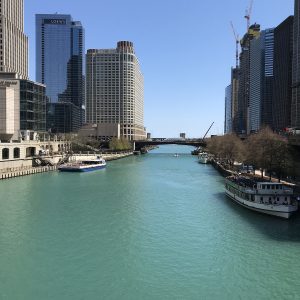 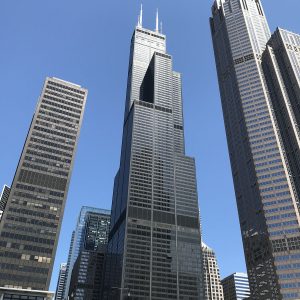 Willis Tower, still commonly referred to as the Sears Tower 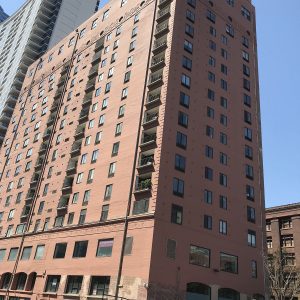 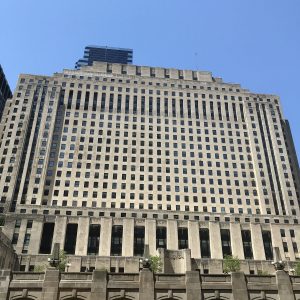 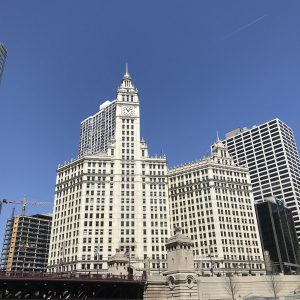 Disconnecting in a soothing Sydney jungle