While Catriona has been travelling around Australia filming Country House Hunters for Channel 9, she has been gathering inside info for you. Here are some tips she picked up along the way, which she is sure will give you an idea or two. And don’t forget a new season of Country House Hunters returns to Channel  9 tonight or you can watch it on catchup.

It’s been such a relief to work, to travel around our country towns, and to chat with people about all they’re experiencing. Between you and me, it’s been a huge challenge to film during a pandemic. But I’ve relished the chance to showcase our regional towns, and for each show we do what we call ‘an area promo’. 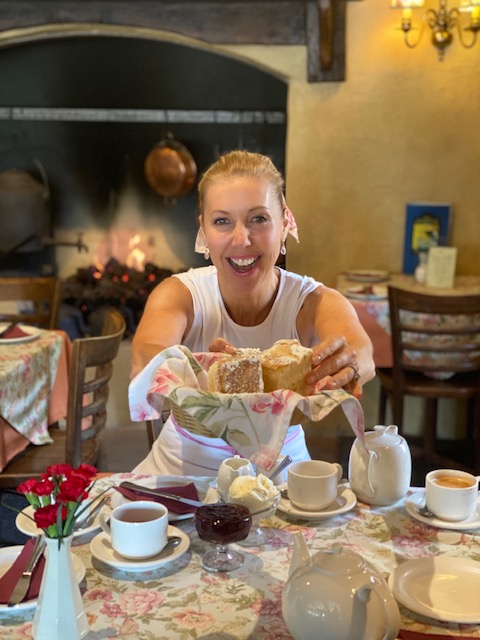 A funny thing happened when I arrived to film in this glorious part of Victoria (about an hour outside of Melbourne), outside of each home was a huge pile of ‘hard waste’. You know, an old basket here, a timber box there. I’ve seen this in neighbourhoods before, items waiting to be picked up by the council. The weird thing was when I saw a woman walking by, out with her dog, she inspected one of the piles, grabbed an item and kept on walking, like a suburban fossicker. The next day I went to film a home recently placed on the market. Breathtaking in its styling, single level, monochromatic, character filled and with a landscaped garden I never wanted to leave. I was lucky enough to meet the owner, Lyndall and compliment her personally. To my surprise, Lyndall proudly admitted that most of the items around the home were picked up over the years from those very roadside collections. She”d just been able to see the beauty, the ‘patina” in the old pieces, reimagine them and style them to perfection. Best of all, Lyndall had extended her talent to another property that you can stay in! Woohoo. It’s called Magnolia’s on Mernda, totally private, with a roaring fire within and a glam outdoor bath. Once again, you’ll never want to leave.

SHOP: Soap Opera Australia, an organic body product shop in Sassafras. Great for those of us with sensitive skin or looking to take home a nice gift. I bought up big here.

EAT: We filmed afternoon tea at Miss Marple’s Tea Rooms. Whilst they don’t have their normal queues down the street, when tourists would arrive in the busloads, the restaurant had a full makeover during lockdown and it’s packed to the rafters.

SEE: Cloudhill Gardens in Olinda has long been on my radar and after filming I raced over to see what’s described as ‘an outdoor exhibition of art and sculpture’. I arrived just on closing time, but managed to quickly buy a few things in their Diggers Nursery and even managed a quick tour of the garden with the owner Jeremy Francis. I’m pretty sure he thought I was someone else, but once we got to talking about his plants we couldn’t stop. Even a moment in that glorious space was enough to inspire me. 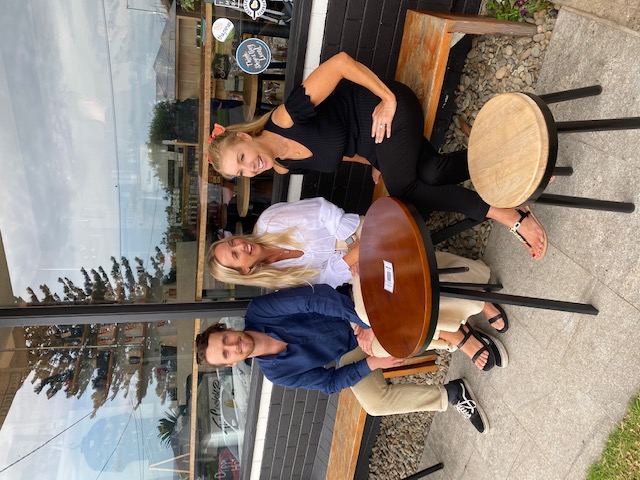 The South Coast of NSW is hot to trot. Sydneysider’s and Canberrans are realising they can still easily commute to the city (when possible – it’s only a two hour drive and an easy train trip taking in amazing coast and country views) and live in this slice of paradise that literally has the Tasman Sea cushioning green rolling hills. There are B&B’s aplenty to choose from. Gerringong is a quieter village than Kiama. The Mercure is wonderful, but we filmed at several homes that are doing a strong trade via STAYZ. We found locals getting in on the act and buying small homes specifically to rent out to holidaymakers. Real estate is far more expensive than the days when I used to visit cousins in the area and later stay with whilst doing work experience at Prime TV. That community spirit is still there, the sweet little shops, great cafes and you just can’t beat those beaches.

EAT: Zia’s Restaurant in Kiama is a little slice of Italy on the coast. For truly the best coffee around try Little Earth. We loved both so much we included them in the the show.

SHOP: You’ve got to get yourself to Berry for a whole town of great shopping. Take the time to park the car and just wander. 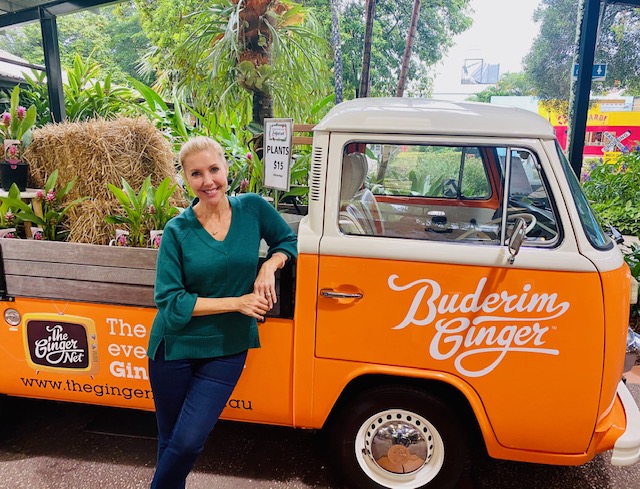 I’ll be honest, this region is almost a victim of its own success, in the sense it’s currently filled to capacity with people moving to this region to enjoy the green spaces, the climate and beaches. It rained virtually the whole time we were there, but people still seemed to have such a sense of joy for calling this place home. There is such a sense of initiative, “let’s give it a try’ to new businesses the are popping up everywhere.

We went to what was The Big Pineapple – an icon during my childhood – and found a pop up bar called Diablo now serving up locally made cocktails in the former grounds. Why not? The Eumundi Markets are still pumping. We went on a Wednesday, thinking it would be quieter than a Saturday, but the streets were still full of people. Noosa is nearby and still pumping all year round. I heard on the radio people complaining about the infrastructure, not being able to keep up with the demand of so many people moving in and truth be told traffic has always been bad around these parts. But this hasn’t stopped people from wanting to live here and new projects opening up everywhere you look.

VISIT: The good old Ginger Factory in Yandina, is still one of the most popular tourist sites in the region. Their gift shop is fabulous showcasing everything from their new Gin range to ginger plants. The ginger thrives in this humid climate, but bravo to the marketing team here who’ve helped create a space loved by tourists and locals alike.

SHOP: I’m obsessed with a new designer in Noosa, Palm Noosa who has a shop front filled with the sunniest clothing for optimistic guys and gals. They sell hats, sunnies, jewellery, all you may need to look chic by the beach. It’s right on Hastings Street so you can’t miss it. 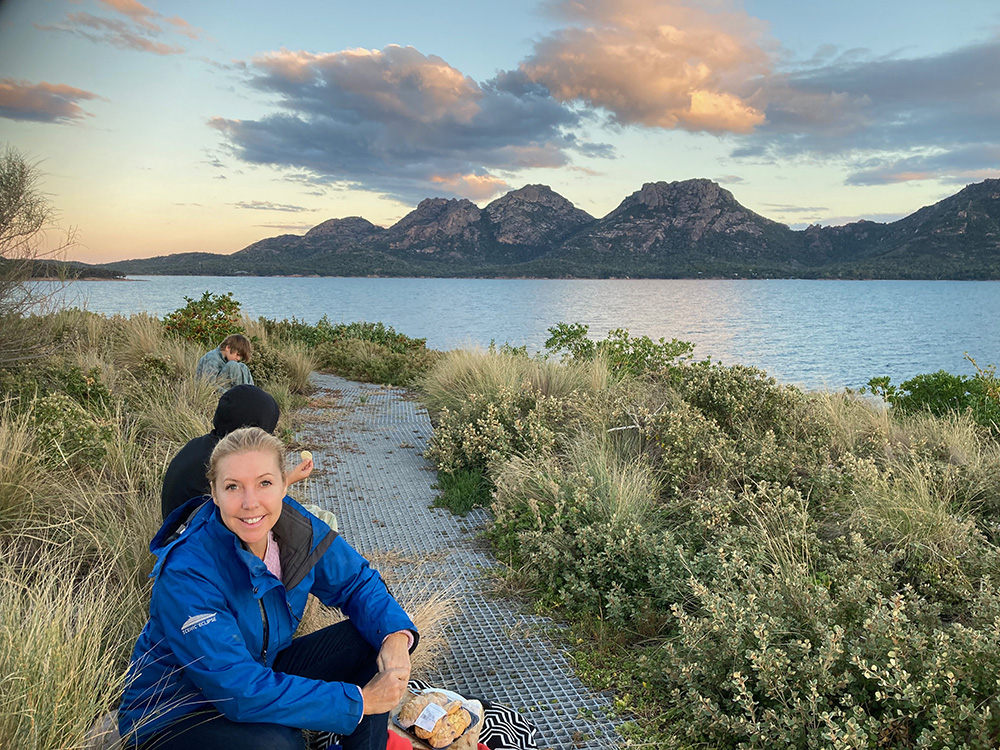 Picnic Island is the only island in the world where travellers can actually stay amongst a penguin colony. Don’t worry, the sustainable, off grid accommodation is kept well away from the seabirds, but this is one trip I recommend to families or those seeking privacy and romance. A whole island all to yourself! Tasmania has around a dozen free hold islands, only two have accommodation and only Picnic Island has the penguins that you share it with. We were meant to film in Tasmania, but border closures put an end to that. However I was still determined to take my family to visit. We flew into Launceston and slowly made our way to Coles Bay. After a quick shop at the General Store, Aqua Taxi’s sped us across to the island within minutes. Truly breathtaking. We swam during the day, my hubby caught abalone off the rocks and picked mussels with the boys to whip up the freshest dinner, and we played boardgames in between. What can I say, the whole island to ourselves, we didn’t want to leave.

VISIT: I just want to give a shout out to The Penny Royal in Launceston where we stayed upon arrival. Great hotel, even better waking up in the morning to go zip lining and explore their ‘adventure park’. Great for families, top marks! 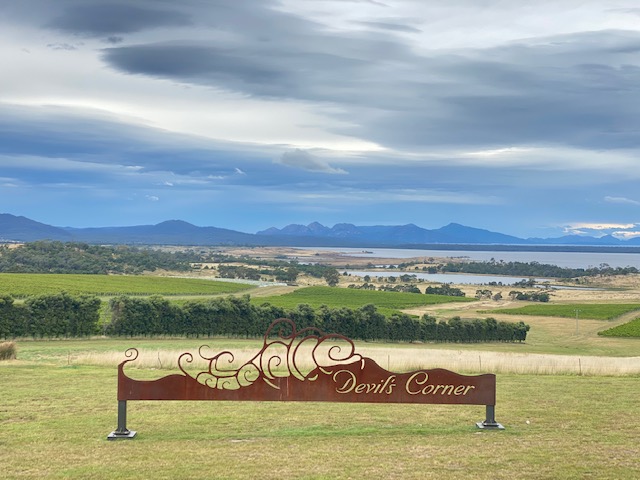 EAT: Everyone told us to sample the pizza at Devils Corner Winery on our way to Coles Bay. We actually stocked up on wine too and we can recommend the beer battered (local) fish and chips too.

SHOP: I love Campbell Town, ‘the most central population centre between Launceston and Hobart’. You’ll find coffee shops, clothing stores and a slice of history. If anything it’s a great stopping point for a run around by the Elizabeth River and even better if you’re in town for their agricultural show. The longest running of its kind in Australia, it’s iconic and loads of fun.

AVOID: Hire cars. So expensive! It was going to cost us the price of our entire holiday to hire a car for a few days, so get in early if you need one and the same goes for booking a spot on The Spirit of Tasmania. They book out fast!

Around the world with 8 takeaways

Warrnambool with Simon the Pieman