This week’s Guest Traveller Diana King is fortunate to be living in Spain and takes us on a road trip around the region.

Taking advantage of few Covid restrictions, Peter and I set out to drive around the Picos de Europa, a massive Rocky Mountain chain that extends across the north of Spain. It is named ‘The peaks of Europe’, as it was clearly visible from the Cantabrian sea, and could be used for orientation by ancient mariners. 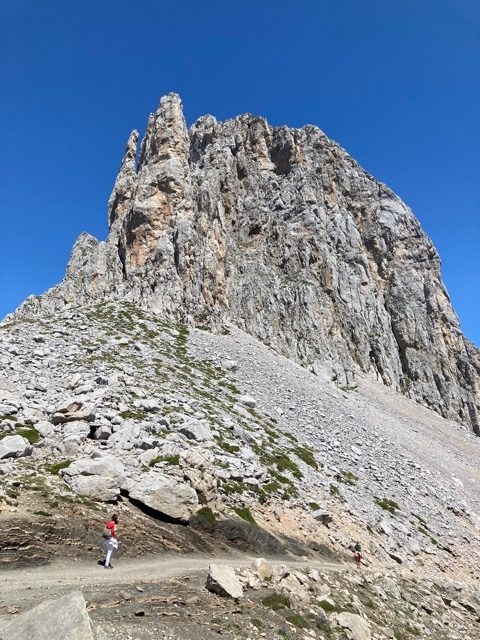 This was probably as close to the peak of the Picos, as we could get. We took the funicular from Fuente De, to 1000m, and walked and climbed around 500m higher. There were real rock climbers as well, performing death defying acts.

This spot, at the ski station of San Isidro, served as a nice spot for a bottle of red and a sunset. The only snow, Peter’s lovely hair. 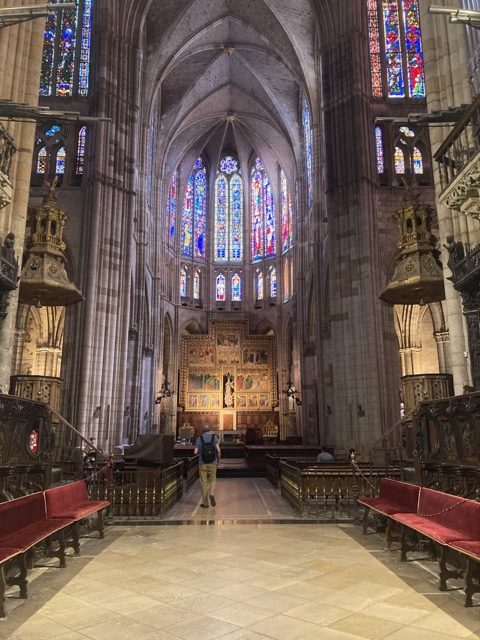 Of course, there are cities and towns. This is inside the magnificent Cathedral of Santa Maria de Leon. My new favourite is churches. The glass windows elevate the human spirit. The feat of engineers and construction workers in the 13th century, made me realise that humans have always been brilliant. Another nice touch is that all the heavy gold crusted baroque decorations have been removed, and the original altar piece restored and replaced 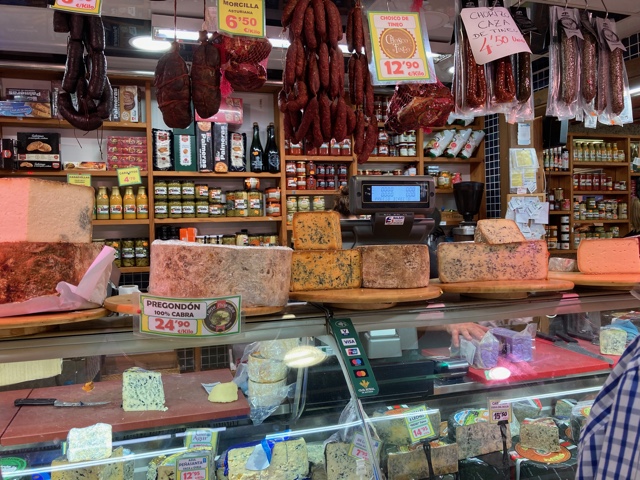 We had a lot of goat’s cheese. This is a selection at Oviedo market. It’s about 10 times cheaper than in Melbourne. Oviedo is a very beautiful city full of little plazas that have trees in them…quite a different style to other cities. 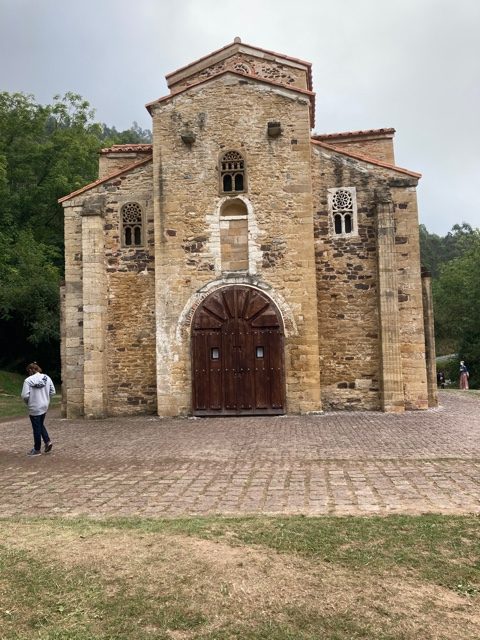 This is Santa Maria del Naranco in Oviedo. All Spanish children study this in Art History. It was originally a hunting lodge for a palace completed in 842 and became a religious place in 848. It’s a Romanesque construction with Arabic (Moorish) details, and well worth the long rushed climb to the top of the hill to arrive in time for our tour. 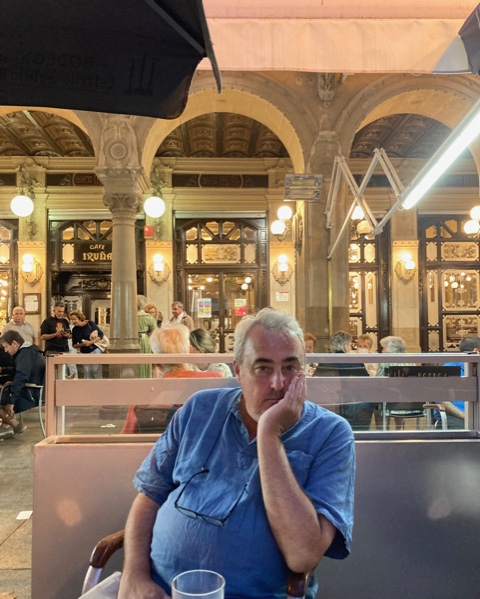 Our last night was in Pamplona, and here Peter sits exhausted after driving across the top of Spain. We had some very strange instructions from Google maps that sent us down some secondary roads with lots of traffic. The pronunciation of Spanish names in the Australian accent was rather hilarious though. Peter is sitting in Ernest Hemingway’s favourite bar, Cafe Iruña. He ate more than I did.

As I was behind the phone, I have added a selfie of me…

The greatest literary show on earth