It’s tradition the bride and groom don’t see one another on the eve of their wedding. To make sure William and Kate didn’t cross paths before their ceremony, Kate and her family spent the night at a hotel fit for a queen: The Goring Hotel, London.

And as an avid Royal Watcher, I jumped at the chance to check it out! 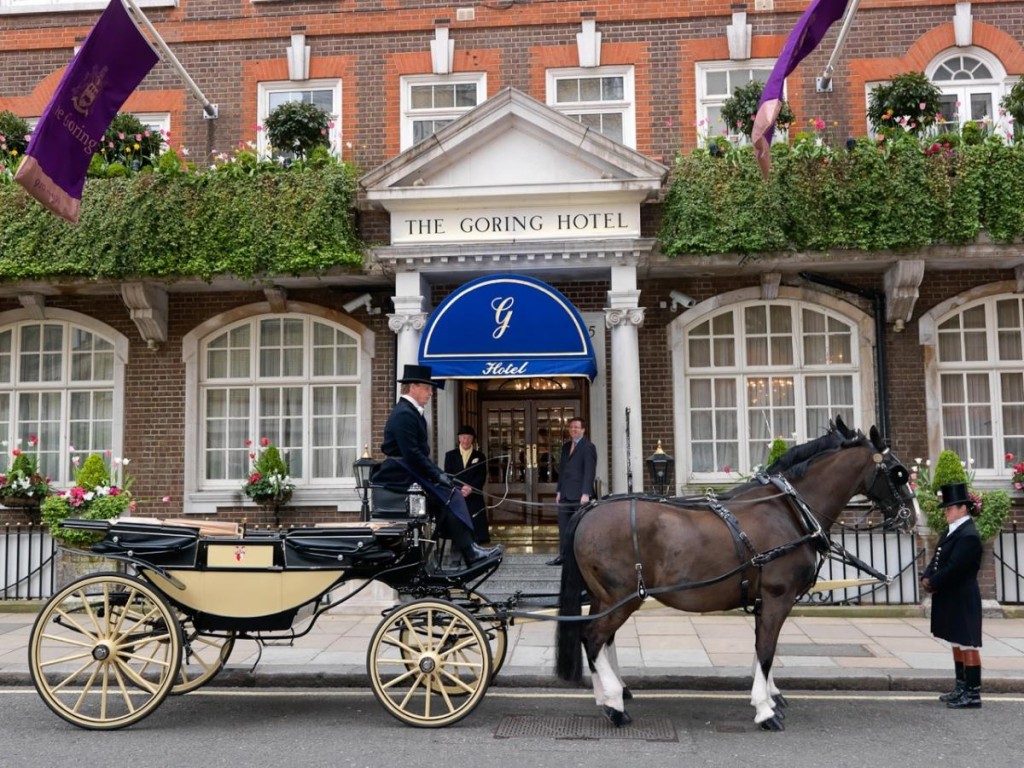 The Goring Hotel is London’s only family-run 5 star hotel. It was opened in 1910 by Otto Richard Goring and has won an array of top awards, including THE WORLD’S BEST HOTEL SERVICE by Travel + Leisure 2015.

The hotel is a paragon of the famous architect, Edwardian Baroque, and was the most modern in the world at the time it was built. It was also the first to have central heating and ensuite bathrooms.

Its secret garden is one of the hotel’s many surprises and was featured in the Academy Award winning film Howard’s End. Many of the 71 rooms overlook the garden and it’s also enjoyed by all from the hotel’s Bar and Lounge.

The hotel was a favourite of the late Queen Mother and she had her last ever public engagement here. Her favourite dish was eggs drumkilbo – lobster, shrimps, egg, tomato and mayonnaise.

The Goring is discretely tucked away in Beeston Place, just two minutes from Victoria Station. There are many discrete entry’s to The Goring – if the royals fancy a night out, they can pop in the back doors without being noticed. A carriage entrance to Buckingham Palace is also close by. Discretion is high on The Goring’s menu.

This hotel is central to many attractions, including the theatres of London’s West End, shopping of Sloane Street, Hyde and Green Parks. A trip from The Goring along River Thames will take you to The London Eye, Tate Modern and Globe Theatre.

I was invited to take tea with Managing Director, David Morgan-Hewitt. The Goring high tea is served every afternoon and for something a little stronger, there’s a cosy bar.

One fun tradition is The Goring sheep. It all began with Barbara, a beautiful, carved wooden animal clad in snowy-white fleece. Barbara was placed in the bar and was such a hit, there is now one in every bedroom and a soft toy sheep on every bed. What began as fun was a very good PR move. Anywhere in the world the Goring’s go, people mention the sheep!

If the rumour is true and the Middleton family had booked all seventy-one elegant rooms, they will each have had a little lamb for company.

While David was guarded about what he said, he did tell me he and the staff miss the visits of The Queen Mother. She was charming and friendly with everyone. Her smile lit up the room and she always remembered to thank anyone who had looked after her.

Star spotting at The Goring isn’t just about the royals; Liz Hurley and Elle Macpherson turned heads when they popped in together.

The award-winning dining room was designed by the Queen’s nephew, Viscount Linley. Good old-fashioned English food is well and truly back in fashion and that’s what they serve. David says English food doesn’t deserve the bad reputation it comes with. The Goring serves superb food using beautiful ingredients and their beef comes from the Castle of May – the private home of The Queen Mother.

As I mentioned earlier, one of their special dishes was the Queen Mother’s favourite, eggs drumkilbo. It was often served at her luncheons and featured at the wedding breakfasts of both Princess Anne and Prince Andrew.

It’s named after an ancient estate in Perthshire, Scotland and it’s pretty much made with leftovers. My version had eggs, mayonnaise, tomato, shrimp with lobster, and manners stopped me from asking for seconds!

For availabilities and to book, visit The Goring online. 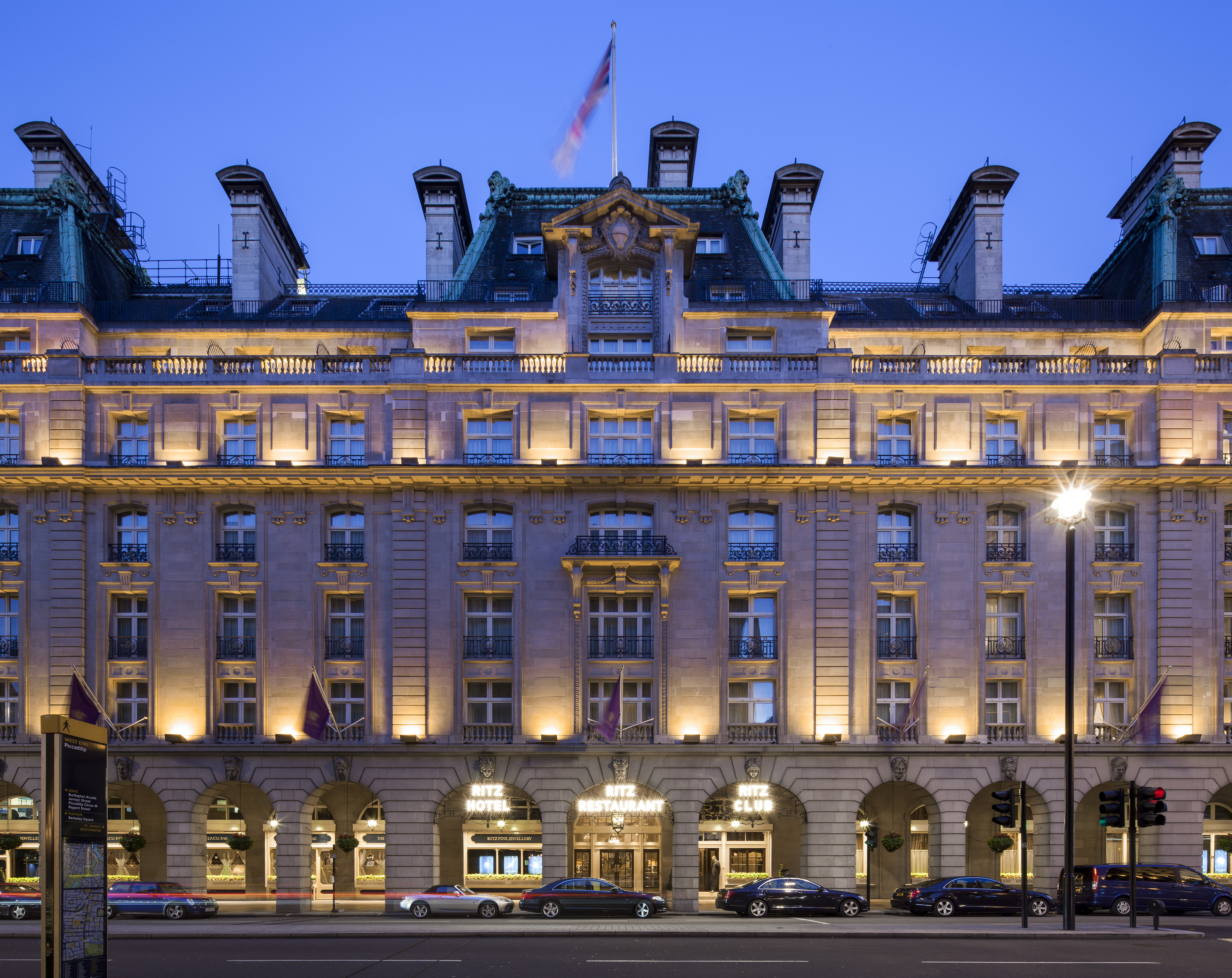 This swanky hotel is the only one to have been awarded a Royal Warrant by the Prince of Wales. Many of the 1900 guests invited to William and Kate’s wedding chose to stay there and the hotel’s self-description puts it all in a nutshell.

For over a century The Ritz has been the benchmark by which other hotels are measured. A London landmark at 150 Piccadilly, The Ritz has been home to the great and the good, the intelligentsia, the glitterati and thousands of discerning guests since 1906. It would be hard to top that!

Queen Elizabeth chose The Ritz to celebrate her 80th birthday and golden jubilee, so it really does have the seal of approval from the top.

Afternoon tea is served in the Palm Court every day – the quintessential British experience. If you prefer, there’s always a choice of French champagne. 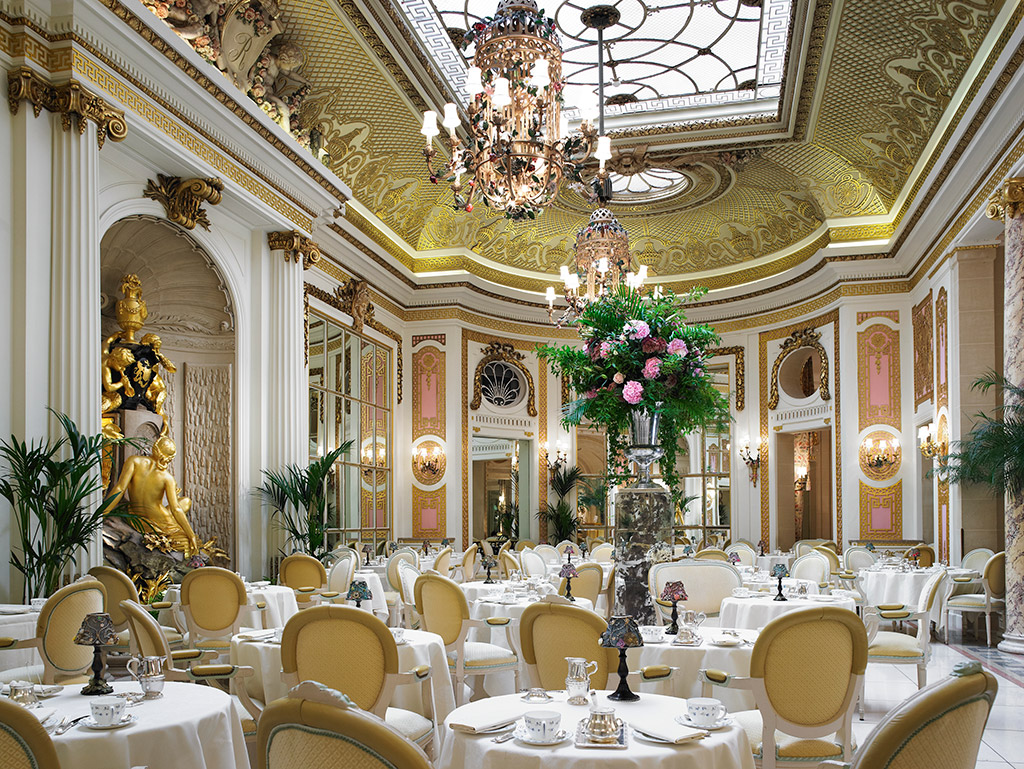 For more information and to book, visit The Ritz-Carlton online.

WHAT TO WEAR
Dress with an air of royal flair!