The north-west of Italy is rich in culture and in the 11th and 18th centuries were part of the French-speaking principality of Savoy, enjoying the best of both sides of the alpine divide. There are still many left-over influences. It produces great red wines, white truffles and has seemingly endless fields of grain and rice for the internationally famous local dish, risotto. It is also home to some important industry – Fiat, Olivetti and Ferrero – rating second largest after Milan.

Adding to this, it’s also the birthplace of the hot chocolate! See our previous story, Chocolate Heaven in Turin.

Turin is an elegant Baroque city with the region’s most impressive architecture and a museum of classic examples of Egyptology, second only to Cairo. Everywhere, there is evidence of the school of painting which was prominent there. The city, which was settled by the Romans and has been the seat of a university since the Middle Ages, enjoyed three centuries of prosperity when Emanuele Filiberto of Savoy moved his capital there in 1563.

Today, the city moves along with stylishly dressed people, university students and a healthy economy. It has many piazze, with Castello being the historic heart of the city – this is where you’ll find Palazzo Madama, once the Savoy family’s medieval castle and now the Civic Museum of Ancient Art. It’s a stately building with a balustraded façade, grand staircase, rich décor and impressive textiles and furniture.

The 17th century Palazzo Reale is lavishly and spectacularly decorated and has an extensive collection of arms and armoury once belonging to the House of Savoy. 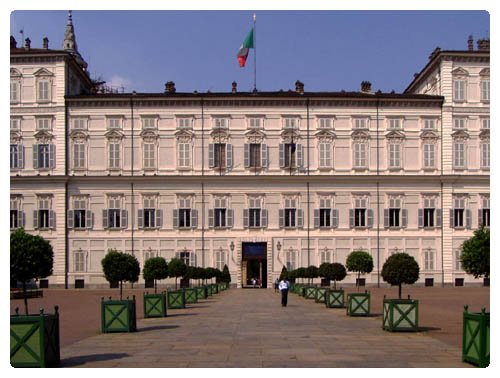 Dominating the city is the 19th century Mole Antonelliana building – it was intended to be a synagogue, but when completed in 1889 it was used to house the Risorgimento museum. For a time it was the world’s tallest building.

Turin’s only example of Renaissance architecture is the Duomo, which was built in 1498 and dedicated to John the Baptist. It’s a place of black marble, heavy statuary and paintings and is in real contrast to the surrounding Baroque-inspired buildings.

The Gran Balon flea market is on every second Sunday of the month in Piazza della Repubblica. There you will see junk sellers, treasure hunters and an array of merchandise which might include antiques and rarities.

With all its beauty, history and elegance, it is probably true to say most people know Turin because of its holy shroud. Preserved in the Basilica de S Giovanni Battista since 1578 and transferred to the Royal Chapel of the Holy Shroud in 1694; it has been called a hoax, a miracle and many things between. The relic is said to be the shroud in which the body of Christ was wrapped after crucifixion. It bears the imprint of a man with a wounded side and marks which could have come from a crown of thorns.

The original is in a silver casket, inside an iron box, within a marble coffer, that’s inside an urn on the chapel’s altar. A replica with scientific explanations as to its possible origins is on display. Carbon-dating in 1988 showed the shroud dates no further back than the 12th century, but to stoic believers it remains an object of religious veneration.

A wonderful attraction in Turin for car lovers is Museo dell’Automobile. Its collection of 170 automobiles from all over the world covers everything from the steam-propelled tractor, to solar powered vehicles, as well as many subsidiary exhibits. The idea of a museum began in 1932 with two pioneers of Italian motoring, Cesare Goria Gatti and Roberto Biscaretti di Ruffia.

Much damage was done to the museum during the war, particularly valuable records. When peace was restored, Carlo Biscaretti again embarked on his untiring search for vehicles, publications and documents. It is the single most important automobile museum in Italy. 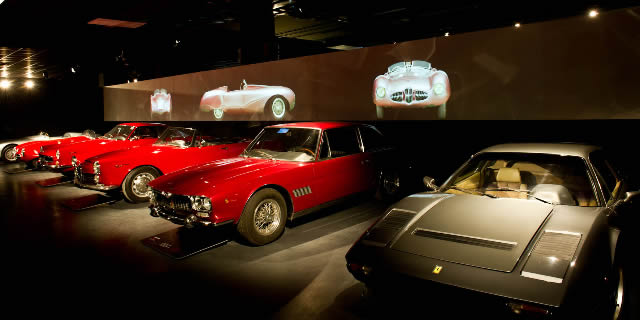 COST
Austrian Airlines flies daily – Australia to Vienna with connections to Rome.
Train tickets cost around AU$76. The journey between Rome and Turin is around six hours.
Entry to the car museum is around AU$9. It’s open every day 10am to 6:30pm, except Monday.

WHAT TO WEAR
Gucci, Gucci and more Gucci