Join Catriona Rowntree on her South American adventure as she explores Peru and Chile and takes to the high seas off the coast of Chile. 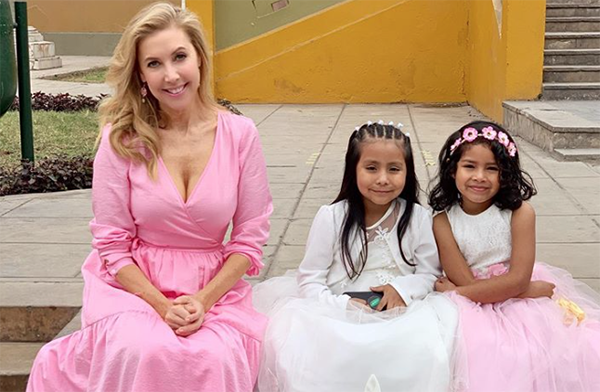 On the streets of Lima, Peru, I found my people. This is where our journey to the top of South America begins. 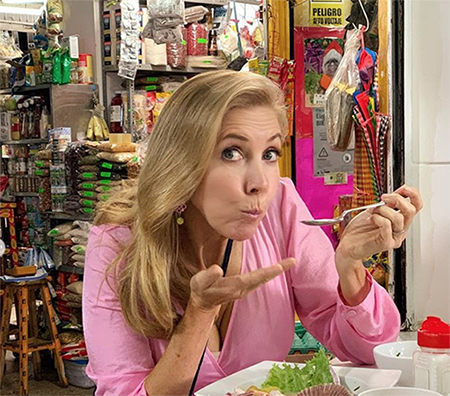 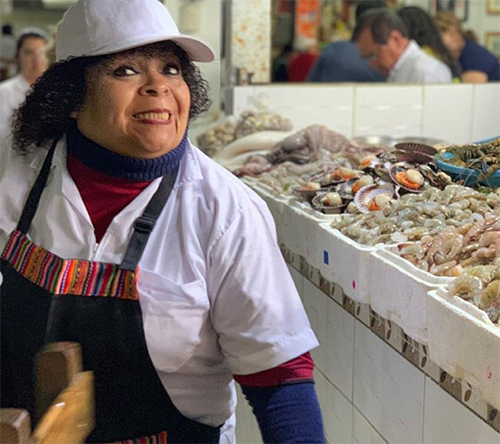 We wandered around the Main Square, chatted to friendly locals and had lunch (and danced) at the best markets, Surquillo, where the ceviche is so fresh they literally caught the fish this morning and served it up for lunch. There’s a buzzing energy here, and music everywhere. 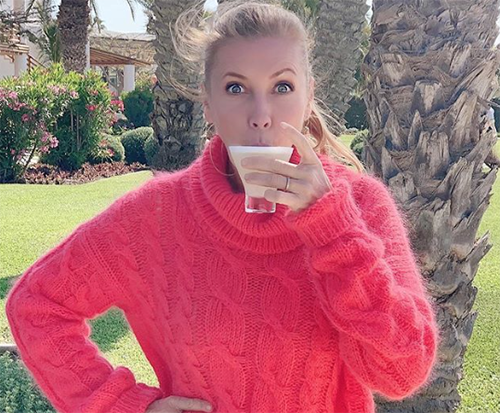 Pisco Sour time! This local Peruvian drink is so darn smooth and since it contains an egg white it must be healthy right? Surely the best way to ease my jet-lag. 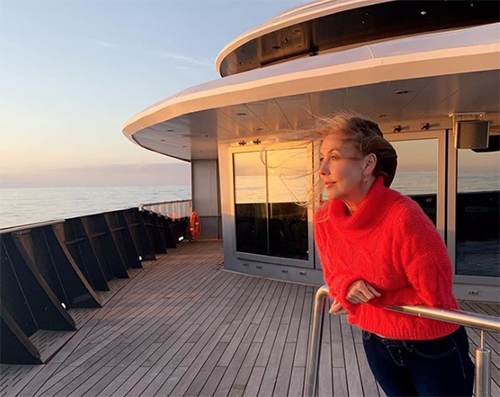 Somewhere off the coast of Chile…just watching the full moon appear behind me as the sun sets before me. 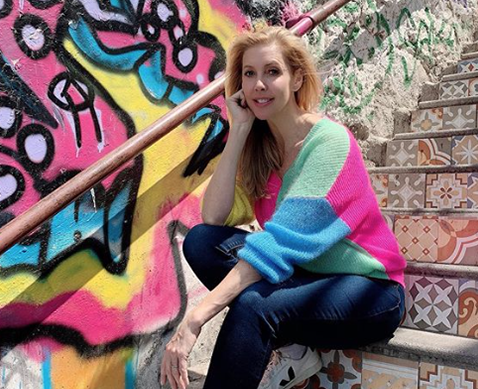 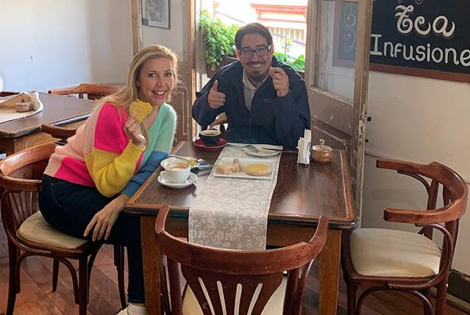 Hola from Valparaíso, Chile. They say the women from here have the best legs in the land as they have to hike up and down this steep mountain. This buzzing port town is now UNESCO World Heritage listed. It’s a colour bomb, the graffiti has slowly evolved into massive street art, covering the buildings. The coloured houses have survived earthquakes, landslides, fires, pirate raids and radical politicians. I love the energy here and boy what a time to be in Chile…’Chile has woken up!’. This is a dream come true to visit the homeland of one of my favourite writers Isabel Allende.

Am I in Bavaria? You’d think so as you visit the towns of Puerto Varas, Frutillar and Puerto Montt, as this is where Germans came in 1852, invited by the Chilean Govt to settle this then impenetrable forest that receives 300 days of rain per year. Imagine that my dear Aussie farmers! The locals are by and large quite physically different from those in the North, they’re tall, fair and blue or green eyed and they farm up a storm. The North is more mining. Look at these gardens, I’m swooning and there’s Apple Strudel in every cafe. 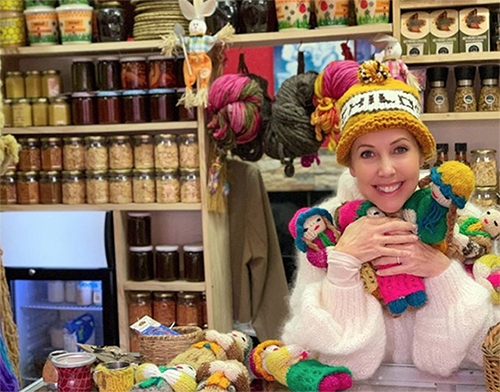 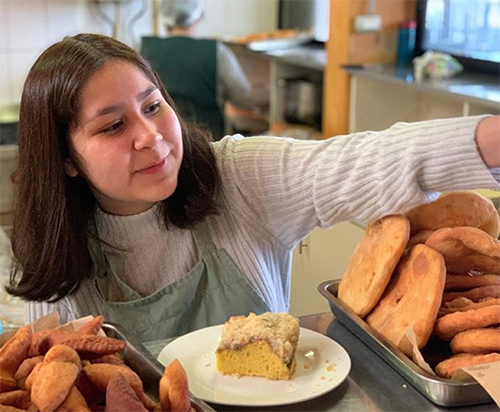 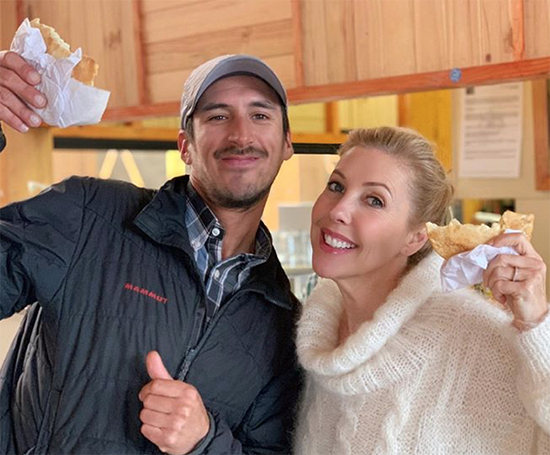 A bit of market madness in Castro, one of the last towns on the edge of the world. Hey, did you know there are 300 different types of potatoes in Chile? Well now you do and today I think I sampled them all. Pink, black,purple, sweet, you name it they got it. The locals here never buy anything packaged, Saturday is party day at the markets. You go, you sell what you’ve created, then go buy whatever else you need for the week. Everything is super fresh and prepare for some serious carb loading or risk offending the locals. The locals here are known to be the best carpenters in #chile and they’ve built churches here that are like upturned boats. My guide Vincent told me the locals were once shy and embarrassed by being a country town, but no longer as more people want their country life. ‘Now we are raw, we are proud, we are strong!’. Yep, another Chilean town/local I’ve fallen in love with. 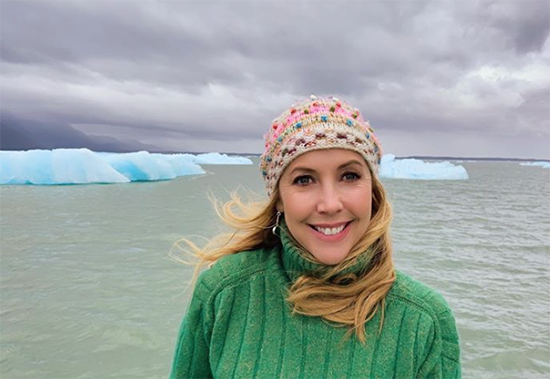 Isabel Allende describes this southern part of Chile, the Chilean or ‘green’ Patagonia as ‘the country strings out into a rosary of unpopulated islands and milky fogs, a labyrinth of fjords, islets, canals and water on all sides.’ That is precisely what I woke up to this morning. Never in my life did I think I’d be able to explore my favourite writers beloved homeland, let alone Patagonia! To me that’s a name you see on a mountaineers windcheater and you dream of wind whipped mountains. 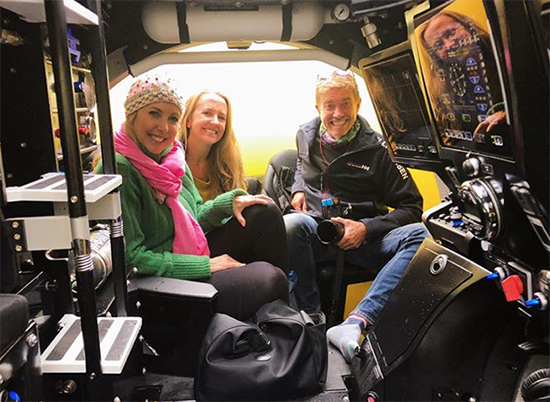 We managed to go down 90m to the ocean floor, in our white submarine, the Scenic Neptune and it’s fair to say we enjoyed the experience. As they closed the lid, or ‘the hatch’ should I say, I thought ‘ah, it’s just like ducking your head under the bath water.’ That gave me a mild anxiety attack. But when we travelled down, way down, there was so much to experience we forgot to worry. We knew that because we were surrounded by waterfalls gushing into the fjords, our visibility wouldn’t be great, but no dramas, we are still so glad we experienced this. One surprise, when Pilot Remy said we had Bluetooth and I could play my own music. Darn it, no Yellow Submarine, but ABBA, well, I think we took the nutter photo soon after. 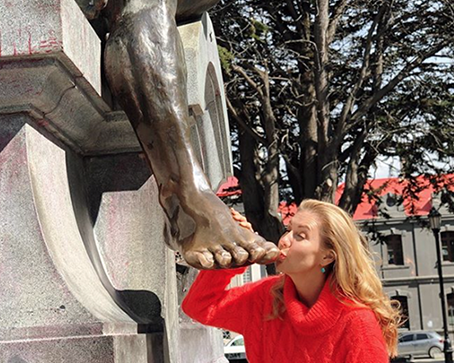 I’d never advocate kissing a man’s feet, but if it means I’ll return to Chile, according to local legend, count me in, I love this place. We are on the edge of the world, Punta Arenas, right on the Magellan Straits. Named after that legend of a Portuguese sailor Ferdinand, who was at the helm of ‘the greatest sea voyage in the age of discovery’ when he was the first to circumnavigate the world and prove the earth was round. No falling off the edge, no dragons on the other side. Although you can imagine what the crew thought when they rocked up here, full of scurvy, so hungry they were eating the ropes on the ship and saw natives (now respectfully known as Tehuelches) that hit the heights of 1.75m. They thought they were giants! A lot of white lama eaten for lunch will do that. We were nearly blown off the replica ship that arrived here in 1520. They say it’s ‘3 months of winter and 9 months of cold’ here. But my word what legends those sailors were. The waters here are so treacherous, it wasn’t until 1580 that Francis Drake could successfully return. Magellan also named the Pacific Ocean, no biggie, but was sadly murdered by a poison arrow during a skirmish in what’s now known as the Phillipines on his return voyage home in 1521, only 41. He is today revered as a tenacious, perseverant, gifted navigator who literally changed the course of the world.