Ashley Kalagian Blunt is the author of My Name Is Revenge, a collection of essays and fiction related to the Armenian genocide, the event that laid the blueprints for the Holocaust, and its fascinating connections to Australia. As part of her research, Ashley spent two months travelling around Armenia, a tiny landlocked country in the Caucasus Mountains, east of Turkey. A former Soviet country, rich in history and very welcoming to travellers, Armenia is an unknown gem Ashley now recommends to all adventurous travellers. 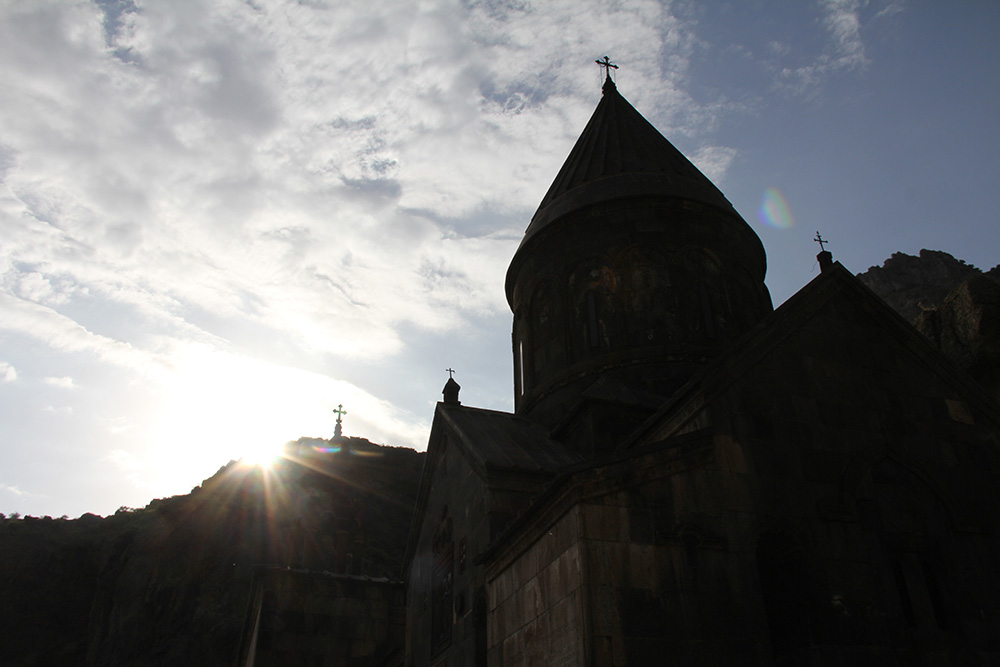 Armenia is the world’s oldest Christian nation, and has some incredible ancient monasteries and churches. Geghard Monastery, pictured here, is carved into the cliff, giving it amazing natural acoustics. Musically inclined travellers will often sing inside to test for themselves. Geghard is a short trip from the capital, Yerevan. There are many day tours from Yerevan, which is conveniently situated in the centre of the country. Many tours offer English-speaking guides, making it easy to see all the country’s highlights. 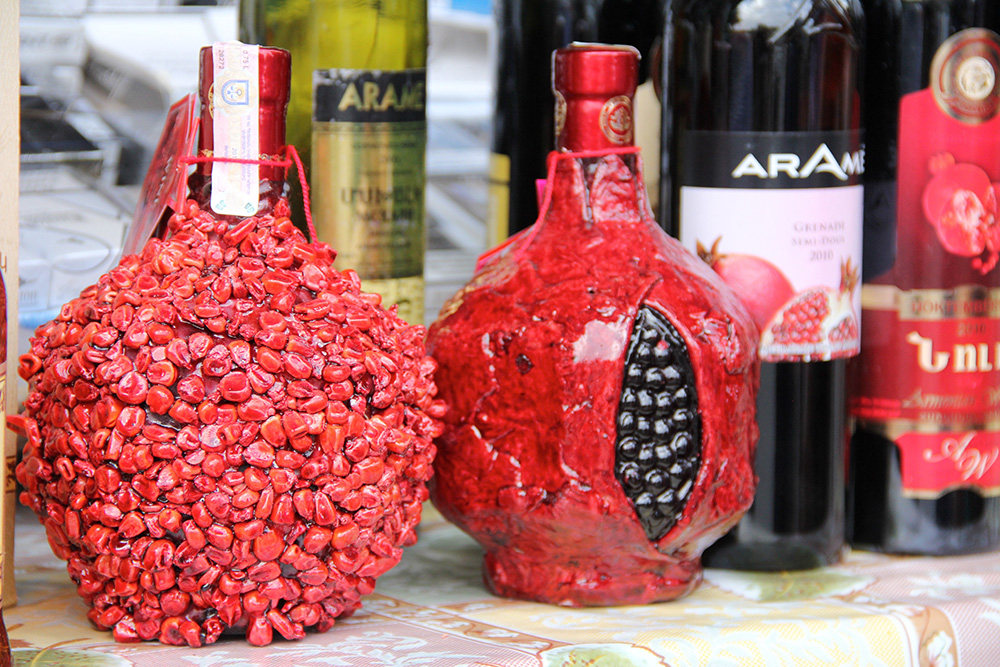 Armenia is the homeland of the apricot, which Alexander the Great called Armenian apples and had brought to him in great quantities. I visited Armenia in summer, and there were roadside fruit stands all along the main highway. The fruit was the most flavourful I’d had in my life. I also ate my fill of dried fruit leather, and indulged in pomegranate wine and apricot vodka, both of which I highly recommend. 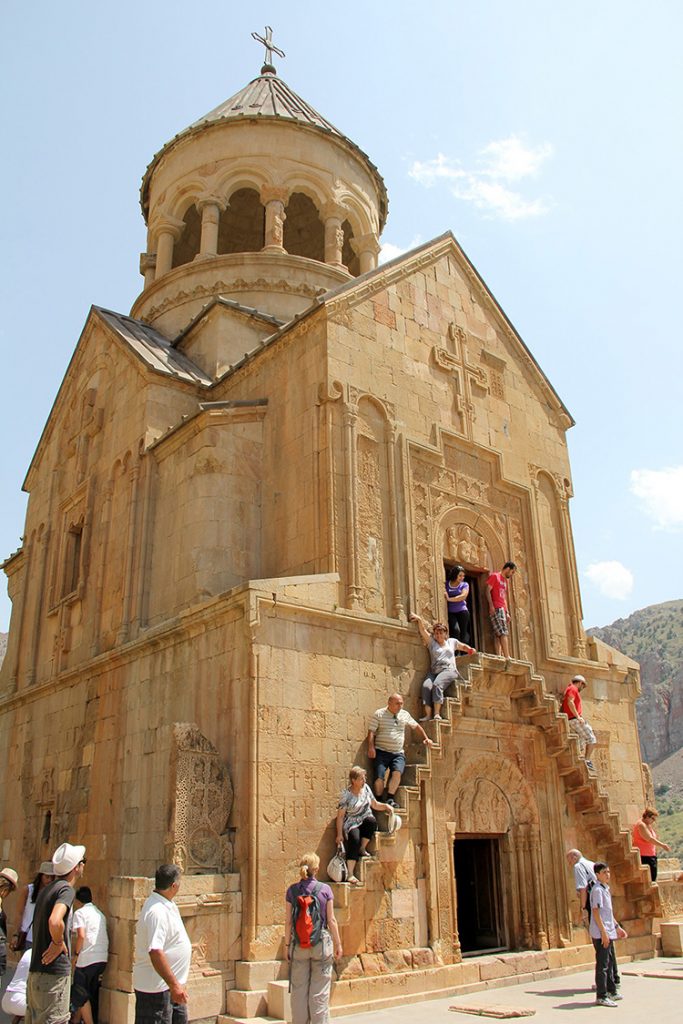 Two narrow storeys capped by an ostentatious cupola, all in rust-red stone, form the main church at Noravank, another ancient monastery. The second storey is accessible only via two symmetrical staircases jutting from the building’s façade. There was no handrail, yet everyone from the tour bus lined up to clamber to the top, including me. Inside, the open cupola flooded the cavernous room with muted yellow light, making the stone walls glow. The view of the surrounding peaks and valleys was expansive. Lush green shrubbery and pink cosmos contrasted with the sharp, rocky cliffs. 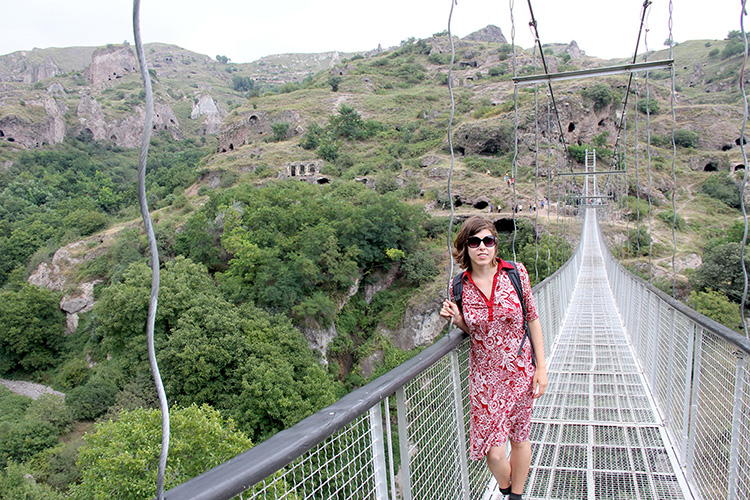 One of my favourite sites in Armenia was Hin (‘old’) Khndzoresk, which you can reach by crossing this suspension bridge. The caves on the far side of the ravine provided homes to locals up until Soviet times, when modernisation-obsessed officials forced the residents to move into newly built towns. ‘New’ Khndzoresk is the modern, Soviet-built replacement for this intriguing abandoned cave-town. Armenia became part of the Soviet Union in 1920, and was one of the first countries to vote for independence when the USSR began to crumble in the late 1980s. 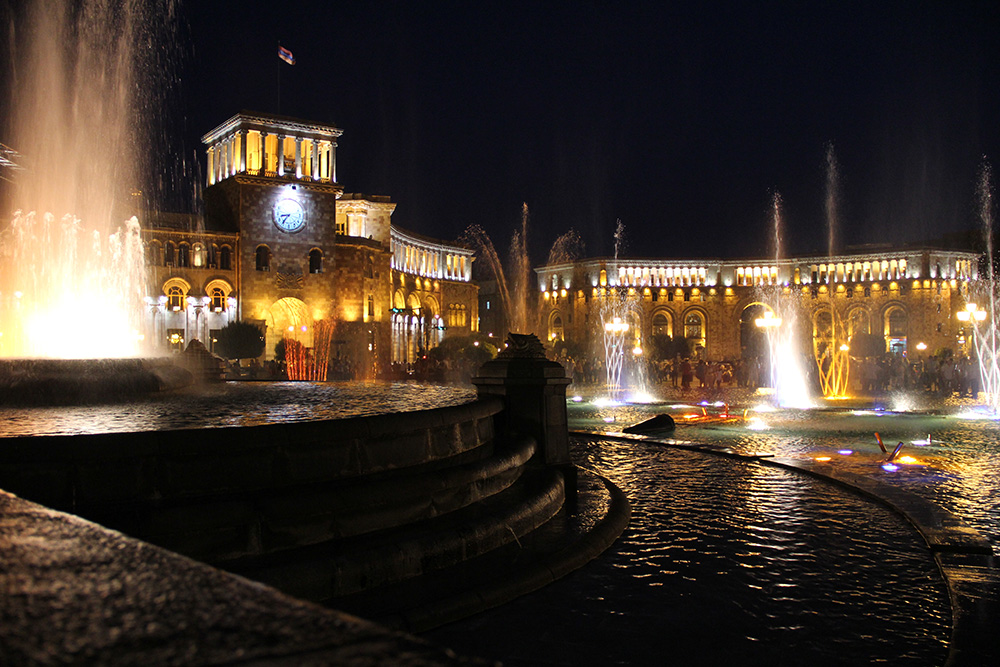 While the rest of the country retains a village charm, Yerevan is a cosmopolitan city with great bars and restaurants. Its historic centre features a Soviet-era opera house, expansive park space, and Republic Square. I stopped by one evening for the light show at the Republic Square fountain, and a large and cheerful crowd was gathered. The building in the background is the history museum, which offers a fascinating retrospective on Armenian culture going back 3000 years.

For more information on My Name Is Revenge, visit ashleykalagianblunt.com or find Ashley on Twitter or Facebook.