Iceland has bewitched me – it’s the one place on this planet that’s really gotten under my skin. Iceland is a place of magic, wonder and other-worldliness where locals believe in trolls, fairies, and the hidden people – and it has me to desperate to return.  The landscape is breathtaking; sweeping emerald-coloured moss-laden lava fields stretch for miles, waterfalls cascade off cliff edges smashing into the ocean below, and you can also forage for crowberries on the cliff tundra or soak your weary body in one of the many vast thermal pools. I’ve fallen under Iceland’s spell. 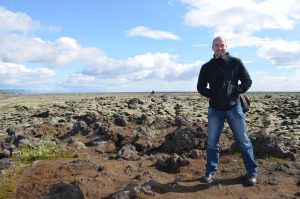 Top tip for travelling to Iceland

If travelling in summer, be prepared for the near-24-hour sunshine so… pack a padded eye mask, it’ll be your saviour. Even if your bedroom curtains are thick and adhere to the wall, the light always manages to sneak in. If travelling in winter… seriously, some thermal undergarments are a must. Layers are your saviour in an environment like this. 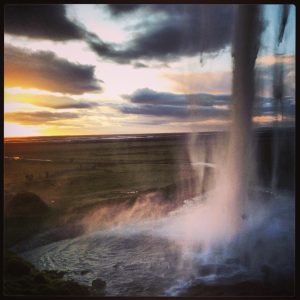 Something he always packs

A blazer is one of my packing essentials. Blazers can be dressed up or down really easily and take you from casual to formal instantly. Also, a variety of sizes of band-aids are handy as they’re great for feet blisters. 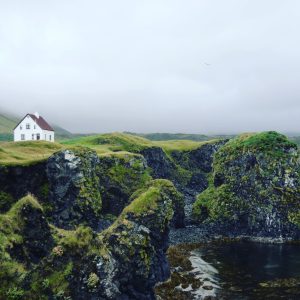 I’m obsessed with islands at the moment so on top of my ultimate travel list is the Faroe Islands; an isolated cluster of 18 sub-arctic islands sandwiched between Norway, Scotland and Iceland. There’s a theme here… so maybe I need to start adding some destinations with a warmer climate to my list!  Maybe Malta.

A travel disaster or near miss

Whilst travelling through Japan earlier this year I found myself in the emergency department of a Hiroshima hospital with a foot injury due to a days’ climbing on the island of Miyajima. The lovely hospital staff were extraordinarily polite but my Japanese is, well, non-existent – as I soon discovered was their grasp of English! With the aid of a Lonely Planet phrasebook and Google translate, myself and my partner managed to navigate what could have been a decidedly tricky situation.

In 2012, Chris became spokesperson for Lonely Planet in the Asia Pacific region, where he takes on a variety of print, radio and television media interviews for the brand including a regular weekly slot on Triple J’s Drive program. Chris also authors extensively for Lonely Planet, including articles on lonelyplanet.com and entries in various publications including editions of Lonely Planet’s Best in Travel. He most recently contributed to Australia & New Zealand Wine Trails, Lonely Planet’s Global Coffee Tour and the Canberra entry for Lonely Planet’s Best in Travel 2018.  In addition, Chris has also worked for Australia’s SBS Television network over the last five years, contributing commentary, opinion, and on-the-ground reports for their Eurovision Song Contest website.

For the love of big, dirty, exciting cities

How Iceland got under this Lonely Planet-man’s skin