Interview with Alison Metcalfe: “I have many [favourite travel destinations] but one of my favourites outside of Ireland, has to be California’s Monterey Peninsula and the coastal shoreline from Carmel to Big Sur. Carmel and Pebble Beach reminds me of the dramatic Causeway Coastal Route in Co. Antrim home to the UNESCO world heritage site Giants Causeway, historic castles such as Dunluce and Carrickfergus, rugged cliff paths and world class links. What’s more, Royal Portrush golf club will host the 148th Open in July 2019, for only the second time in 68 years! 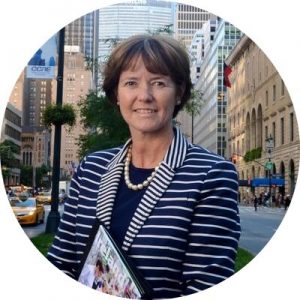 Her top tip for holidaying in Northern California

A tip for holidaying in Northern California might be to time it with the Big Sur Marathon which takes place in April along scenic Highway 1, and has something for everyone with distances of 26.2, 21 and 11 miles and shorter walking routes.  It’s an early start but great way to see the sunrise and sights such as Bixby Bridge. 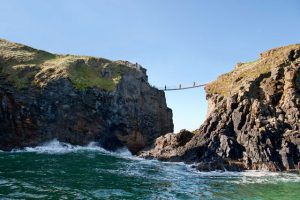 I never leave home without a battery pack for my iPhone and iPad to keep me connected, and a ‘Tide to Go’ stain remover stick… we’ve all been there, when you are about to leave your hotel for a meeting or to go sightseeing, and spill your coffee on your clothes! 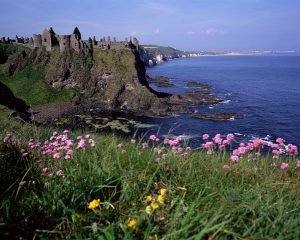 On my bucket list this year is a visit to Japan for the Rugby World Cup. Having been fortunate to secure tickets in the lottery, I plan to take in several games including Ireland (now ranked world #2 having defeated both New Zealand and Australia in 2018!) with the host nation Japan. I am looking forward to exploring Japan’s ancient culture as well as natural landscape, staying in a Ryokan and travelling on the high-speed Shinkansen trains to take in a few games and meeting up with friends from different parts of the world. 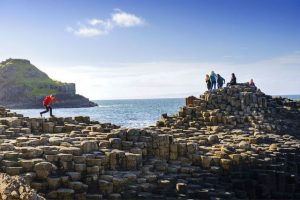 Children on the Giant’s Causeway.

It was about three years ago. Due to a weather-related flight cancellation from Dublin to South Africa, I was re-routed from London on a later flight, but the near-disaster occurred 10 days later on the return journey when the airline insisted I was a ‘no show’ on the outbound flight and had not travelled to South Africa, and had therefore cancelled my return flight!  Despite the fact that I had the boarding passes and baggage tags from the inbound flights, it was only after more than an hour of intense phone negotiations that they finally reinstated my booking on the oversold flight!”

Alison has extensive destination marketing experience and a record of achievement in building and leading high performance teams. Her career has spanned strategy development, brand management, integrated consumer marketing, communications and stakeholder management. Alison has worked in the UK, Europe and North America.

She lives in New York with her husband Brian. Spare time interests include running, playing squash, golf, gardening and travelling, especially back to her home in Helen’s Bay, Co. Down.

"The Best of World Cruising" sets sail TODAY in Noosa!

Finding her match in Ireland

Thanks a million! Matchmaking festivals & more – in Ireland