We disliked Monday mornings. We wanted to wake up and start a new week excited about the week ahead, not dreading it and counting the days down until the next weekend. So we took a break or as we now refer to it, a Grown Up Gap Year. 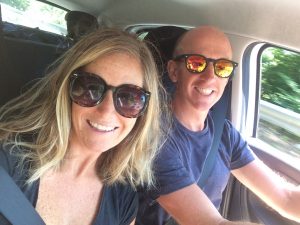 Katrina and Nick Haigh. On the (other side) of the road again.

At first we cashed in our savings and went travelling. We had a blast seeing the world. Who wouldn’t? But after a few months, we found ourselves wanting a bit more time in each place that we visited. So, that’s exactly what we did, and soon we found ourselves living in a tiny Spanish village in the mountains of southern Spain.

The Alpujarras are a little, hidden hideaway, steeped in history and stunning views from snow-capped mountain to sea. Here, we found a small guesthouse and its very friendly owners, Emma and David, and began doing exactly what we had set out to do… living life a little less ordinary.

In exchange for a few hours a day helping in the hotel, greeting guests, chopping and dicing with the Spanish cooks, or pottering round the organic farm, we were given a cottage and a car and enough jamon serrano to sink the armada.  It just was perfect.

We lived in the tiny village of Jubar, (pop. 25) which teeters on the edge of the Sierra Nevada mountains and shares the view of the glistening Mediterranean Sea (50km away) with a scattering of other whitewash villages dotted along the foothills at around 1,000m altitude. Over the peaks to the north, including Spain’s highest mountain (Mulahacen, alt. 3,500m) the historical city Granada, home of The Alhambra and the scene of the last Moorish battle that expelled the Moors from this land and saw the rise of the Catholic Spain.

It is traditional farming country; olives and almond trees abound across the terraced farms. Water is the most precious resource, painstakingly transported to each farm from the snow capped mountain tops via ancient Moorish waterways. The locals are friendly, in a grumpy sort of way, and the sun shines an incredible 350 days a year (yup, on average it only rains 1 or so days a month).

So good was life here, and so rewarding was the balance of not only experiencing a new culture but actually becoming part of it, that we decided to share the love. We are now the founders of a new business www.grownupgapyearexperiences.com and enjoy life whilst balancing this, travelling and www.thehourlyassistant.com.

We have hand-picked a selection of similar experience across Europe that people can come and enjoy. Where, in exchange for helping out on the farm, hotel, or yoga retreat, guests get to live for free and really become part of that way of life. Of course, the Alpujarras is our No.1 recommendation and very much our home from home.

Other available experiences include an organic vineyard in Assisi, Italy; an Art retreat in Umbri;, a French pig farm in the Pyrenees; and a delightful Yoga retreat in The Gers, France.

Our ongoing challenge in life is to keep finding more pockets of the world for like-minded people to escape to and enjoy… it’s a tough gig. 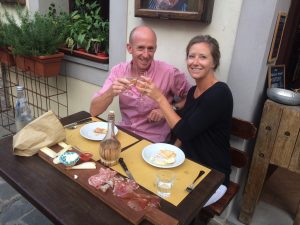 In Rome last summer, we decided to head out to the park for a romantic prosecco at sunset.  Nick was taking care of phones, wallets, the Airbnb details and all the money. Katrina was carrying the far more important beer and prosecco.  Deciding to save a few euros, we jumped on a tram, our go-to transport after years of living in Melbourne. Suddenly, we realised it was our stop. Nick jumped off… and Katrina didn’t. In a scene from some Hollywood rom-com, Katrina stared through the glass, nose pressed against the glass, frantically pressing the stop button, but to no avail. Katrina was left stranded in Rome, without money, phone or even the hotel address! Although she did have the prosecco. Fortunately, Nick was not going anywhere without the beer, and patiently waited for Katrina to swap trams and return. Reunited in less than 30 minutes and in time for sunset over Rome. 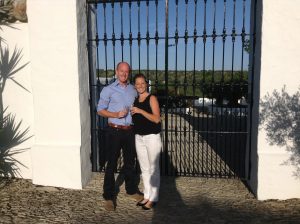 What they can’t travel without

We (yes Nick loves this too!) never leave home without an Australian lip balm: Paula’s Choice Lip and Body Treatment Balm.  One daily application of this cream is all you need for luscious lips all day long.  It’s around $30 but so worth it and will last for years. 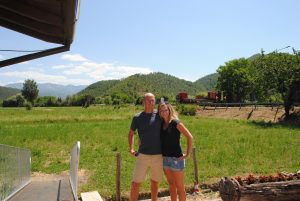 Road-side stops can be beautiful.

Katrina and Nick are about to travel to New York City, Mexico and Cuba for some sun, culture, relaxation and luxury.  After this they are feeling a pull towards India and Sri Lanka for their next Grown Up Gap Year host hunt or, are trying to convince their families to meet half way for a white Christmas in the United States this year. 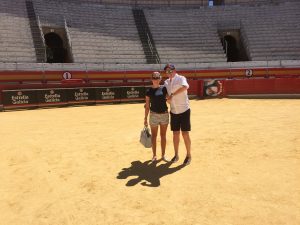 Katrina and Nick Haigh are the founders of www.grownupgapyearexperiences.com.  They created this concept on their third gap year where they found themselves wanting to travel and truly experience locations and culture, willing to do something different for ‘work’, but didn’t want to clean up cat poo for an English retiree in Mallorca with far too many cats (and pigs, for that matter, too).  They are now helping others do the same with their business, working on www.thehourlyassistant.com and travelling the world whilst doing both.

Why we do what we do

If Mexico were closer, she'd never holiday in Bali again