This week’s guest traveller, Shona Grant takes us to Venice, Italy, and shares her memories of the food, wine and people. 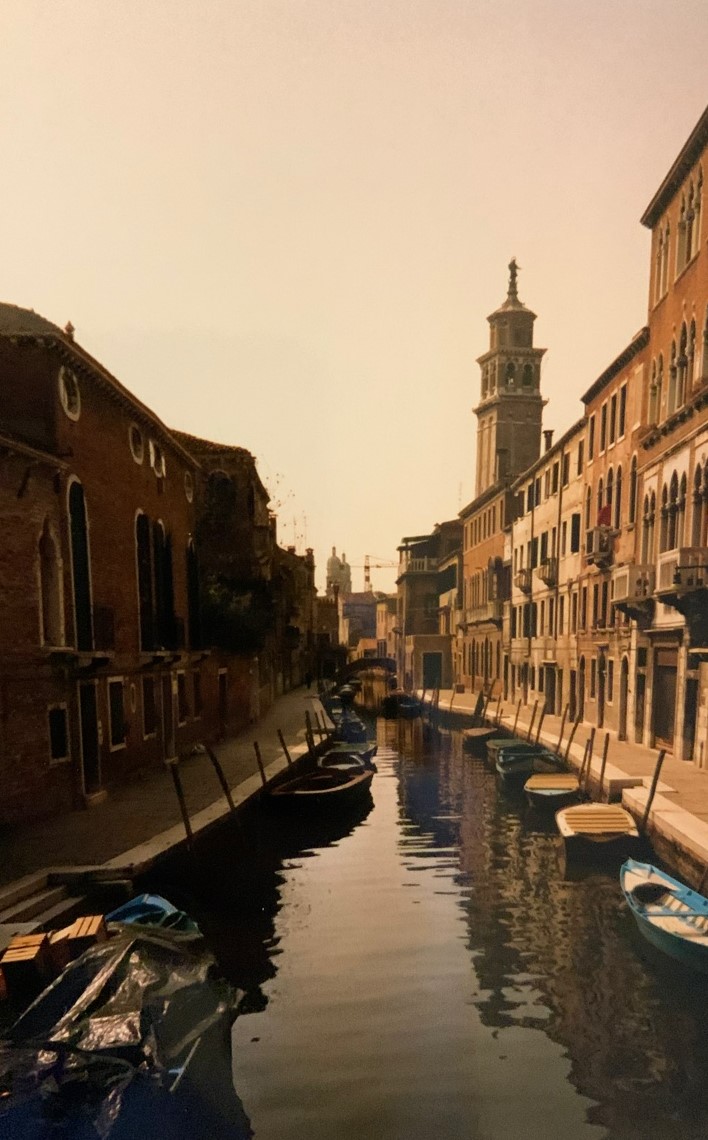 This was taken near where we were staying. It was a great relief that there were no cars, but given my experience as a youngster jumping off the sinking Wahine ferry (between the North and South Islands of New Zealand), I was a little hesitant to travel everywhere on water. My fears were unfounded. The canals were amazingly calming and the water taxis a truly efficient way of getting around. 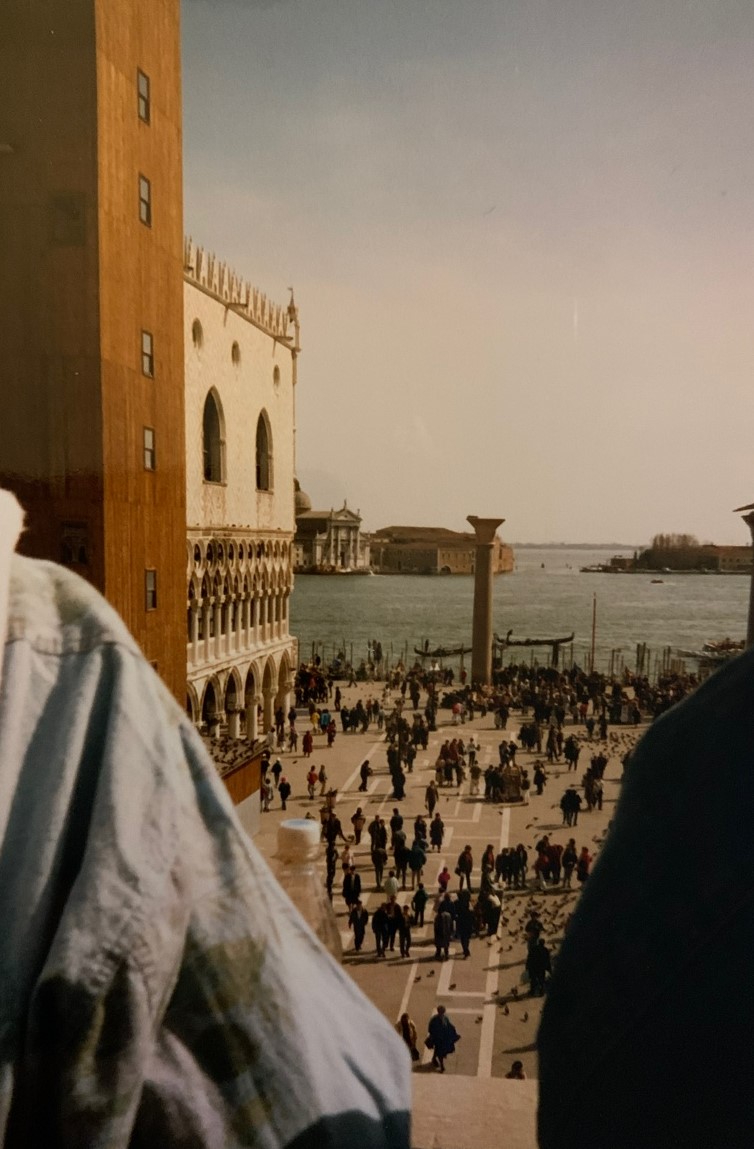 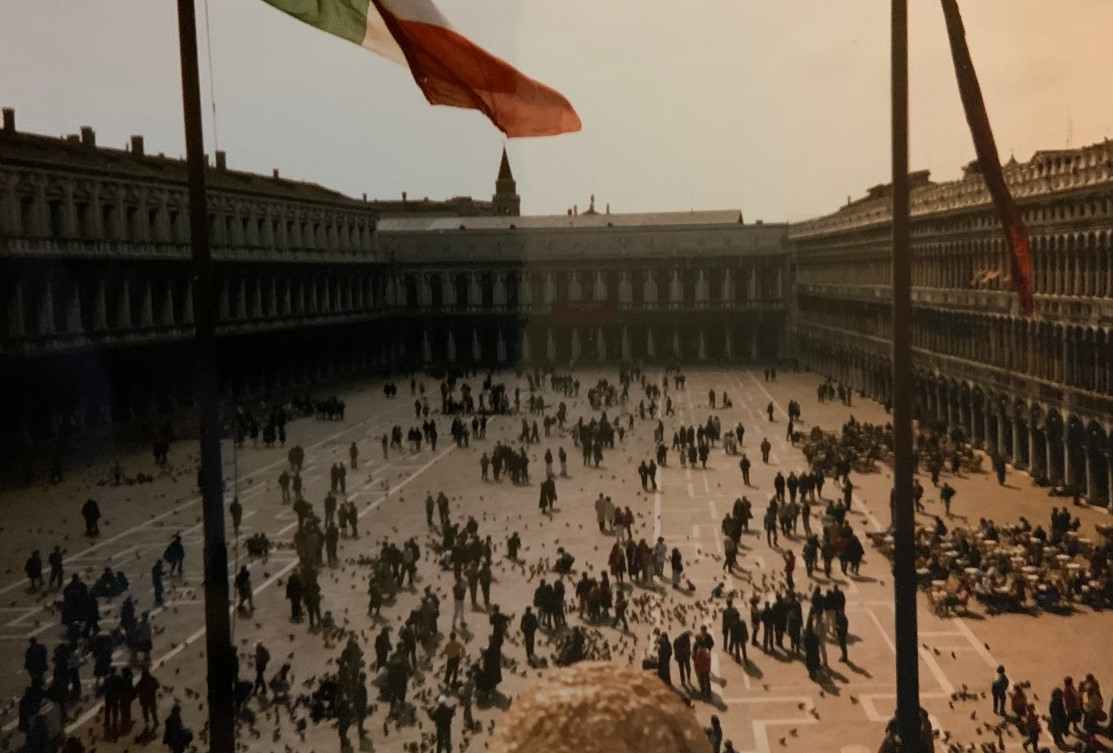 The night we arrived we had to walk on water across St Mark’s Square. It was completely covered in water but fortunately the next day it was dry again and we were able to ascend the staircase and take in the views of crowds of people, just like us. 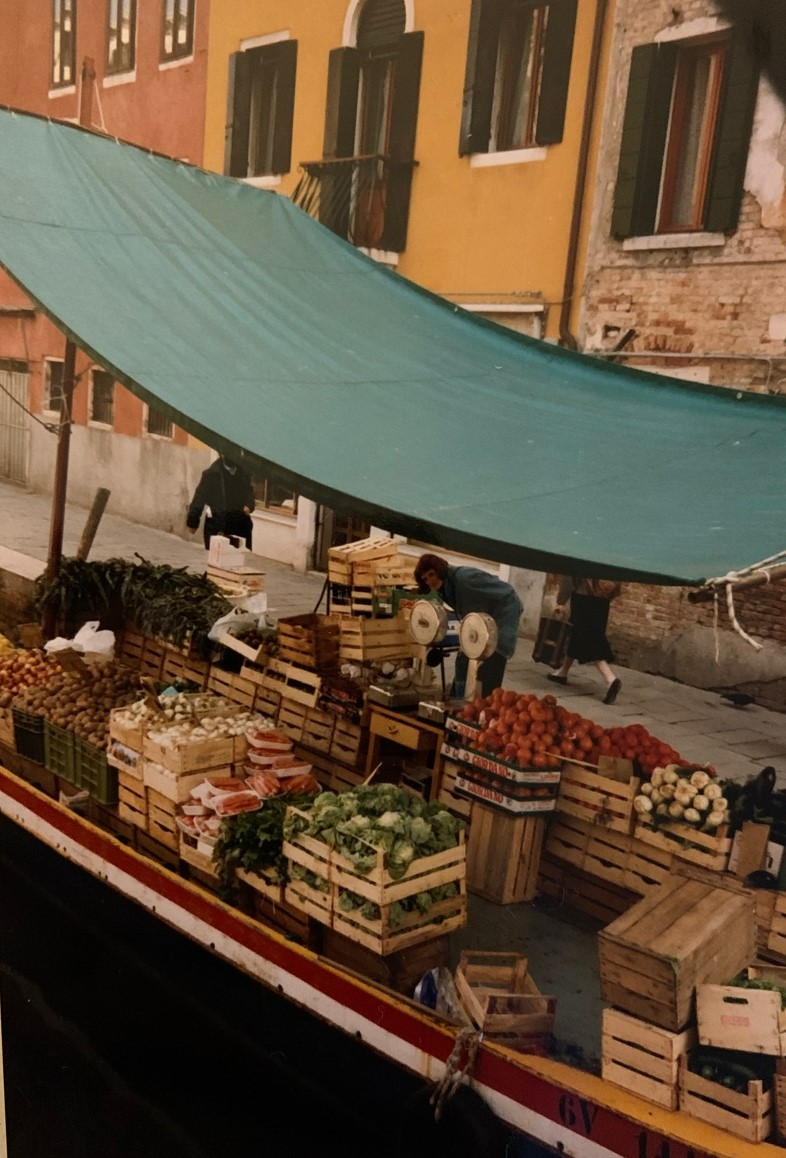 Where do you get your fruit and vegetables in a city like Venice? A floating market of course. Finally arrived at Peggy Guggenheim’s famous palazzo to achieve one of the aims of the trip. The Angel of the City is a famous sculpture by Marino Marini bought by the iconic collector. The sculpture is most famous for the number of times its detachable genitalia has been stolen. You can read all about it in Peggy’s autobiography ‘Out of this Century”. I picked up my copy from the gift shop. 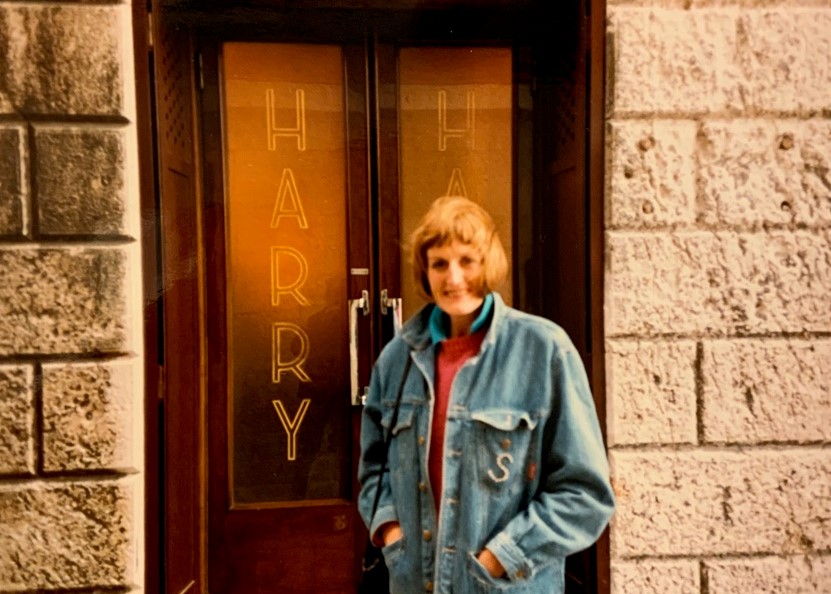 I can’t remember when I first heard about Harry’s Bar but I always knew I would be right at home there. My aim was to sample the famous Bellini and I was lucky to be served by the famous Arrigo himself. And the Bellini didn’t disappoint. In fact it was so good that we decided to return two days later and lash out for lunch. What was incredible was that after only one meeting – and two Bellinis – when we walked in, Arrigo remembered our names. 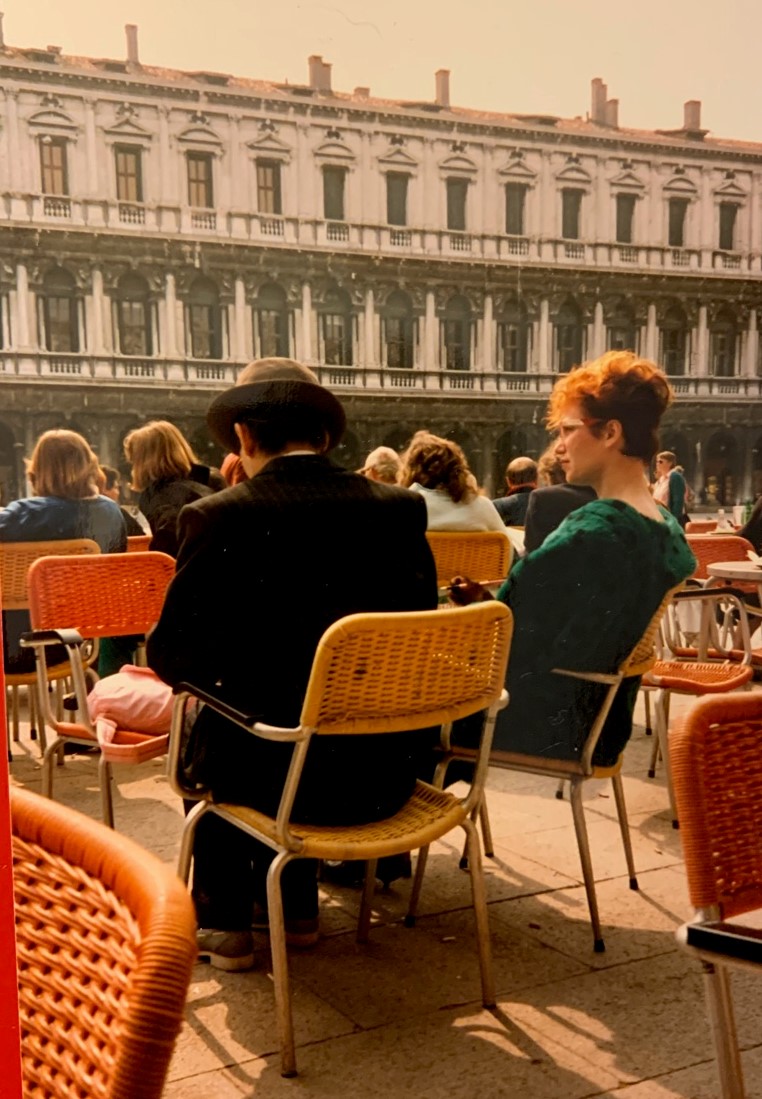 Venice is a notoriously romantic city. After remarking on a very stylish couple sitting in St Mark’s Square, I discovered that they had in fact just been married. The bride wearing green fur and her husband a very handsome homburg hat. 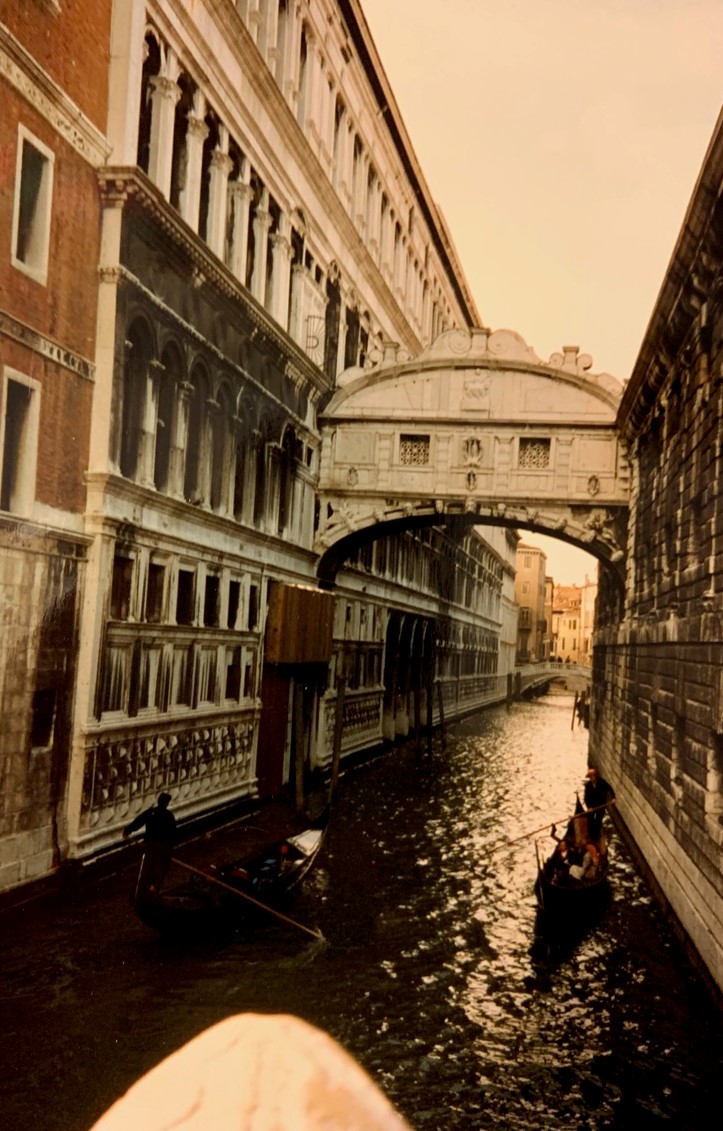 A toast to the bridal couple was of course called for and nothing but the best Campari would do. From then on, Campari became the daily cocktail. 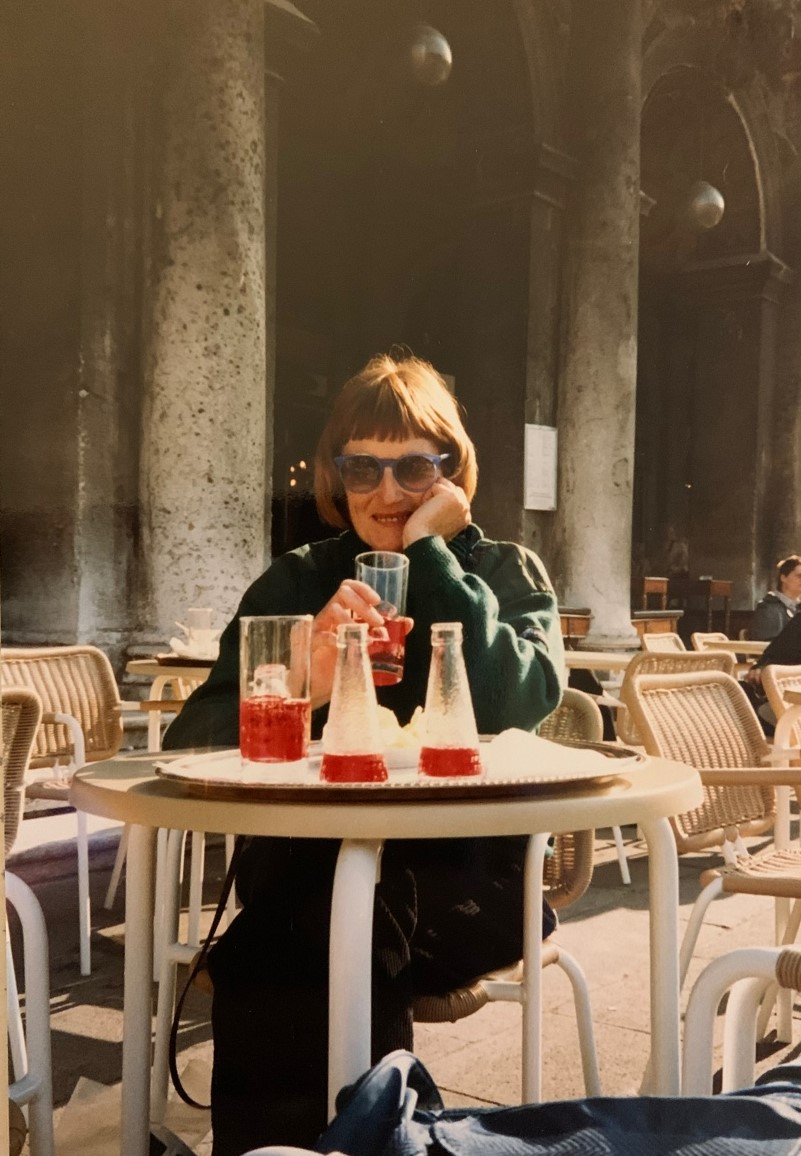