Portugal is a European gem that has filled history books for centuries. The tiny nation’s visionaries made enormous contributions towards creating and shaping the New World.

I was full of excitement at the prospect of visiting this wonderful little country with Scenic, sailing the sun-drenched waterways of the Douro Valley on a Scenic Space-Ship, with the added pleasure of cruising across the border into Spain. The journey includes visiting four World Heritage sites, timeless villages, terraced landscapes, family-run Quintas and hilltop wine estates scattered throughout steep hills.

For over 500 years Portugal held its head high as a global superpower and while it has handed back all of its colonies, its impact can still be felt across the globe with some 250 million Portuguese speakers in over fifty-three nations.

Scenic’s latest luxury European experience is on board Scenic Azure, the latest generation of river cruiser which has been custom-built for The Douro. With just forty-eight rooms, the journey is truly exceptional and intimate.

Praça do Comércio – Commerce Square – is Lisbon’s gateway. For centuries it was where the wealth of Portugal was channelled. Everything, from spices to silk, was traded here, making it a most powerful and busy place.

Lisbon’s neighbourhoods are spread across seven hills, so walking around the city can be a real workout. Scenic’s knowledgeable guides suggested the perfect solution… Hop on one of the #28 vintage trams. They have been winding through the narrow streets for over one hundred years.

The neighbourhood of Belém is the city’s most monumental and historic area. It was the starting place for many great Portuguese explorers as they bravely embarked on the voyages of discovery. Prince Henry the Navigator, Bartholomeu Dias, Ferdinand Magellan and Vasco da Gama all set out from Belém and Christopher Columbus stopped in on his way back to Europe after discovering the New World.

There is so much of importance to soak up in Belém and while I was absorbed by it, I did join the queues for the famous and delicious little custard tarts. Pastéis de Belém is the most popular bakery in all of Portugal and began baking in 1837 following an ancient recipe from the Mosteiro dos Jerónimos. It’s said that the nuns in the monastery used egg whites to starch their clothes, and rather than waste the yolks, the world famous tarts were created – thank goodness for that!

Pastéis de Belém is open every day and my fellow Scenic travellers and I agreed that if you do have to queue, the wait is well worth it.

Cascais, a 20-minute drive west of Belém, is a coastal town, once a fishing village, now a relaxed destination for fashionable locals and travellers in-the-know. The place of glorious sandy beaches became famous when the country’s royal family chose it as a resort in the late 19th and early 20th centuries.

Cascais is a great place to spend time with friendly locals and it was very special that Scenic passengers arrived when local artisans were proudly displaying their wares in a marketplace.

The Portuguese are quite rightly proud of their handicrafts and stalls are set up twice a week in the village. They sell delicate hand-made lace, intricate embroidery, woven items, paintings, woodwork and their famous ceramics.  So many gift ideas solved in one place! 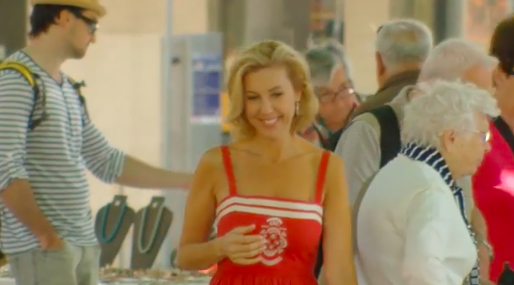 Not far from the coastline is Sintra, one of Scenic’s hand chosen Freechoice activities and not to be missed.

The fairytale resort town is in the forested foothills of the Sintra Mountains. The longtime royal sanctuary is a World Heritage site with a collection of former royal retreats and castles and pastel-coloured villas.

A must-see is the 19th century Pena National Palace, it was built on the site of a former monastery and its surrounding lands were a royal summer retreat. The 19th century UNESCO World Heritage site stands on top of a hill above the town and is a major expression of 19th century Romanticism with dramatic twin chimneys and elaborate tilework. It has influences from the Manueline and Moorish styles and was built to ensure it was visible from any point in the surrounding forest and luxuriant gardens. There are also over five hundred species of trees from all corners of the earth – wow!

The Viennese-born King Fernando II and his Queen Maria II were passionate about music, art and culture and they gambled on choosing Lieutenant-General and mining engineer Baron Wilhelm Ludwig von Eschwege as the architect. Eschwege, a German amateur architect, was much travelled and had knowledge of several castles along the Rhine. 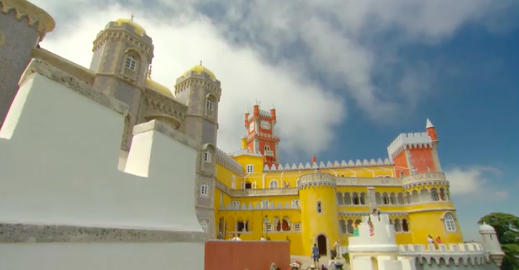 Construction took place between 1842-1854 with Fernando and Maria most decisive on matters of décor and symbolism. Vaulted arches, Medieval and Islamic elements and a wonderfully ornate window for the main façade are outstanding features.

The palace’s overall structure borrows from many styles and designs, including Portuguese marine mythology. A monstrous creature called Adamastor was created by poet Luis de Comoes in his epic Os Luciadas. The poem was a tribute to Portuguese sailors and their stories of difficulties such as passing the Cape of Good Hope to enter the Indian Ocean.

Despite the odd architectural quirk, the palace remains one of the world’s best examples of Romantic architecture and it’s no wonder the Pena National Palace is one of the Seven Wonders of Portugal. 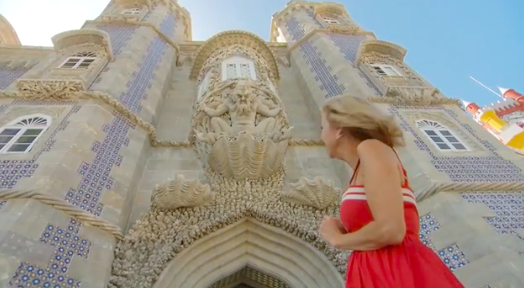 Walking in footsteps of ancestors & her younger self, in London