With its steep rolling hills, beautiful bays and gorgeous architecture, ‘San Fran’ would have to be America’s most beautiful city. It’s home to the famous Golden Gate Bridge, Alcatraz Island and Transamerica Pyramid, plus the world’s only remaining manually operated cable car system – this city is a beautiful fusion of mod-con and traditional.

The area was discovered in 1769 by Spanish explorers, by 1776 the Spanish were the first Europeans to settle in San Francisco and named their new home St Francis. The city saw a rapid growth when gold was discovered in 1848 at John Sutter’s Mill – it grew from a population of 1000 in 1848 to over 20 000 by 1850, this large influx of people were known as the ’49ers’.

The prosperity, growth and excesses brought on by the gold rush was wiped out with the 1906 earthquake and subsequent fires. The city was almost entirely destroyed, but in just nine years the city began to see prosperity again when reconstruction was nearing completion by 1915.

Early in the 20th century, San Francisco’s waterfront labour movement was riotous and unruly. All port activity is now carried out in Oakland, the then dingy Embarcadero area has since been beautifully renovated. It offers the finest in shopping, dining and entertainment and is served by a fleet of antique streetcars which connect Market Street, the Ferry Building and Fisherman’s Wharf.

An excellent way to get your bearings in San Francisco is from the water. Jump aboard a one-hour narrated adventure with Blue & Gold Fleet Bay Cruises and be captivated by the beauty that is San Fran as you cruise under the Golden Gate Bridge, through Sausalito, by Angel Island and around the famous Alcatraz island.

A day well spent can begin with a cable car ride from your downtown hotel to Fisherman’s Wharf. It’s terrific location and seafood cannot be denied, despite how commercial it is. Enjoy your brunch while watching see sea lions playing and sunning themselves around the pontoons.

Something locals do approve of and consume in great quantities is sourdough bread. The Boudin Bakery at the wharf was founded in 1849 and the bread they bake today is descended from the original mother dough! Today, the bakery still enjoys tremendous popularity. A 10-metre glass observation window allows passers-by and customers to see the delicious bread coming to life.

A thick slice of their sourdough to accompany a bowl of steaming clam chowder is recommended!

Ghirardelli Square is one of the city’s treasures and was added to the National Historic Register in 1982. This specialty retail and dining complex was originally a chocolate factory established by Domenico Ghirardelli.

The Ferry Plaza Farmers Market at the Embarcadero is operated by the Center for Urban Education about Sustainable Agriculture. Despite its clumsy name, it’s worth a look. With four markets every week, it’s a beautiful link between city residents and the farmers of the region. You can enjoy flavours of the season and pick up some useful tips and tricks from the farmers themselves.

For something totally different visit Teatro ZinZanni. Set along the historic waterfront, you’ll be treated to an evening of European cabaret, cirque, divas, contortionists, aerial artists, jugglers, illusionists and madmen. They combine to present an absolute spectacle that is accompanied by a five-course dinner!

Citypass is an excellent way to find your way around America’s most popular cities. It’s simple to purchase from outlets across the city, from travel agents or from their website. In San Fran, your ticket gives you entry to six attractions, an itinerary for the best to-do’s and unlimited cable car rides. 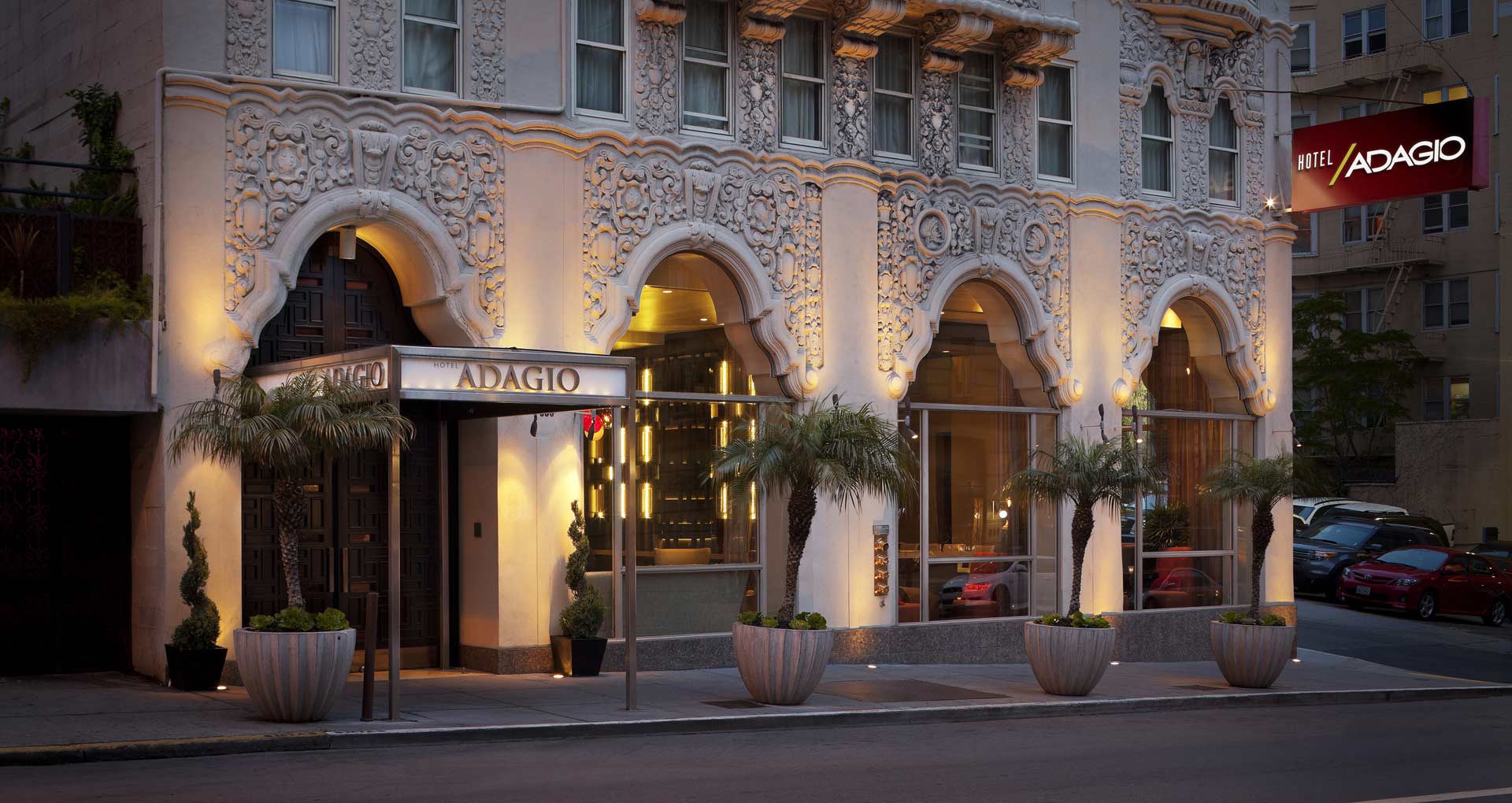 Built in 1927 this charming boutique hotel is located in the vibrant urban community of Lower Nob Hill. It’s conveniently and centrally located in the heart of the city’s theatre, dining and shopping regions!

Hotel staff will help you live like a local, you’ll discover the best burger joints, local events and pubs to help you feel right at home.

And if you don’t want to stray too far at night, The Mortimer Bar and Lounge is located in the hotel’s foyer. It has recently been voted one of San Francisco’s hottest new bars.

To check availabilities, book and to find out more visit The Hotel Adagio online.

Mid-way along the coast of California.