I joined a Scenic Tours ‘Historic Trails & Southern Belles’ journey to parts of the eastern and southern states of America. As with all Scenic tours, it offered diversity – we found ourselves venturing into places off the usual tourist track and meeting interesting locals, all in luxury and comfort.

It began smack dab in the middle of New York City. It is a city that never sleeps and staying in Times Square, the electric vibe of The Big Apple was evident the second you step out of your hotel.

Times Square must be one of the few locations where city regulation stipulates buildings must have neon signs. Locals call them ‘spectaculars’ and the colourful and bright signs are called ‘jumbotrons’.

After meeting with one of Scenic Tours’ directors, I set off to make the most of my included Hop-On Hop-Off double decker bus pass. It’s an easy way to explore New York at your own pace. The route loops around Manhattan, through the Bronx and across the East River to Brooklyn.

It takes in all the familiar places: Empire State Building, Broadway, 5th Avenue, the Chrysler Building, Madison Square Garden and the Statue of Liberty standing watch from Bedloe’s Island in the middle of New York Harbour.

Construction of New York’s #1 tourist attraction, The Empire State Building, began in 1930. It was opened on May 01, 1931 by President Hoover who pressed a button in Washington, DC which turned on the building’s lights.

The 102-story Art Deco skyscraper was erected in record time by 3400 workers, mostly European immigrants, along with hundreds of Mohawk iron workers. In 2007, it was named as America’s Favourite Architecture by the American Institute of Architects (AIA). Its observation deck has been the location for countless films, including An Affair to Remember, On the Waterfront, Taxi Driver, On The Town, Sleepless in Seattle, and of course, King Kong – twice. 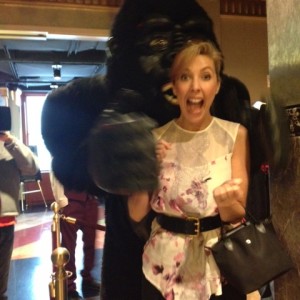 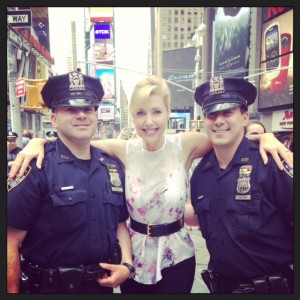 The whole city has been shown at its best and worst – romantic and dangerous, tragic and amusing – in an endless array of novels, films and television series.

It’s almost unheard of to be in New York without visiting a deli. There are so many to choose from and I found my way to 7th Avenue to visit the most famous of them all – the family owned and operated Carnegie Deli. It has been there since 1937 and its walls are lined with pictures of famous people who’ve dined there. 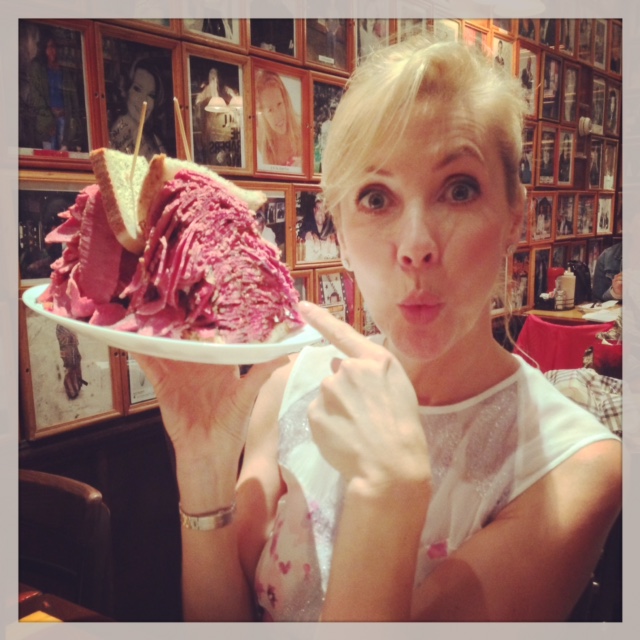 You need to arrive with an appetite as servings are huge! They offer generous portions of pastrami, corned beef, brisket, pickles and stuffed cabbage – as well as cheesecake and other desserts. Even the smallest sandwich has almost ½ a kilo of meat!

A meal there will encourage you to continue walking around the streets and avenues. 5th Avenue will help burn the calories, and even just window shopping is exciting. They’re all there – Louis Vuitton, Saks, Tiffany, Versace, Gucci, Prada, Chanel, Cartier and their many up-market neighbours.

Scenic Tours always adds variety to their schedules, and there’s not much more of a contrast than leaving New York behind and going to Lancaster in Pennsylvania, home to around 30,000 deeply religious Amish. 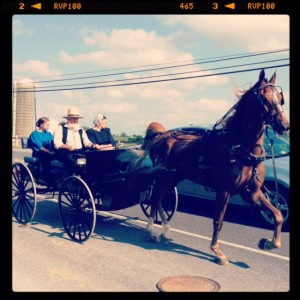 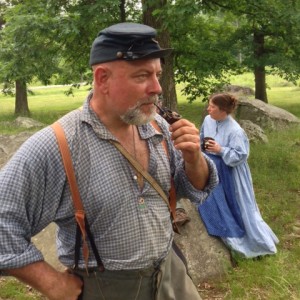 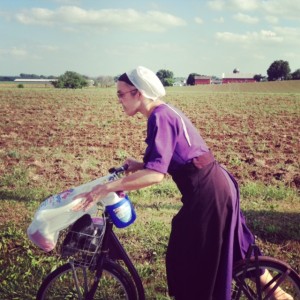 The peace-loving Christians’ faith is expressed in how they live. A simple and pure life without most of the trappings of the modern world. Fashion, electricity, phones and cars are eschewed. Women wear identical dresses and crisp, white bonnets over long hair to avoid envy. Men, usually bearded, wear trousers and braces, simple shirts and wide brimmed straw hats.

They farm using old-fashioned ploughs and barn building is something the entire community becomes involved in. The women busy themselves keeping their homes spotless, preserving fruit and vegetables for the winter months and live by an Amish proverb – “kissin’ wears out, cookin’ don’t.” They also make the most incredible and highly desirable quilts.

Everyone travels in horse-drawn carriages and lives by their core beliefs – humility, modesty, obedience, equality and simplicity. They speak a dialect of German known as Pennsylvania German or Pennsylvania Dutch. Accents vary between communities.

Amish love to have large families – 10 children isn’t unusual. When they turn 16, the children are permitted to leave the community for education and around 90% of them voluntarily return home.

Tourism earns welcome income for Amish communities. Visitor numbers grew after release of the Harrison Ford film Witness, which was the closest most people had seen of Amish life.

Scenic Tours takes you to a typical farm and locals are happy to chat and mingle, but photographs are forbidden.

On your visit, you have the chance to sample the restaurant at Plain and Fancy Farm. The 3.5 hectares are surrounded by pristine farmlands between the towns of Bird-in-Hand and Intercourse. What they don’t grow is supplied by neighbours and diners enjoy sausages, roast beef, golden fried chicken and an enormous variety of vegetables and fruit. There are freshly baked breads and an Amish household staple is the wonderfully delicious brown sugar and molasses Shoo Fly pie. 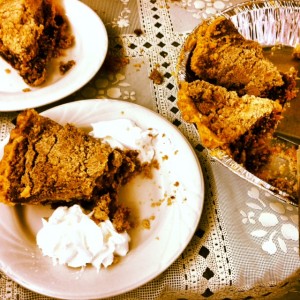 CATRIONA’S TIPS
Be respectful of the Amish and soak up the atmosphere and culture!

Thanks a million! Matchmaking festivals & more – in Ireland