There’s something mysterious and romantic about America’s South. My Scenic Tours journey around the eastern side of the country took me and my fellow travellers to the extremes of New York, Pennsylvania, Washington DC, on to Tennessee and now into Mississippi and Louisiana.

Natchez, on the banks of the Mississippi River, was established by French colonists in 1716 and is one of the oldest and most important European settlements in the lower Mississippi River Valley. It’s perched on the highest bluff north of the Gulf of Mexico and is the oldest settlement along the river.

In the middle of the 19th century, Natchez became the home of extremely wealthy southern planters. These planters owned vast tracts of land where they grew large crops of cotton, tobacco and sugar. Their fortunes allowed them to build enormous mansions, many of which survive today. They were elaborately furnished and maintained by enslaved servants. 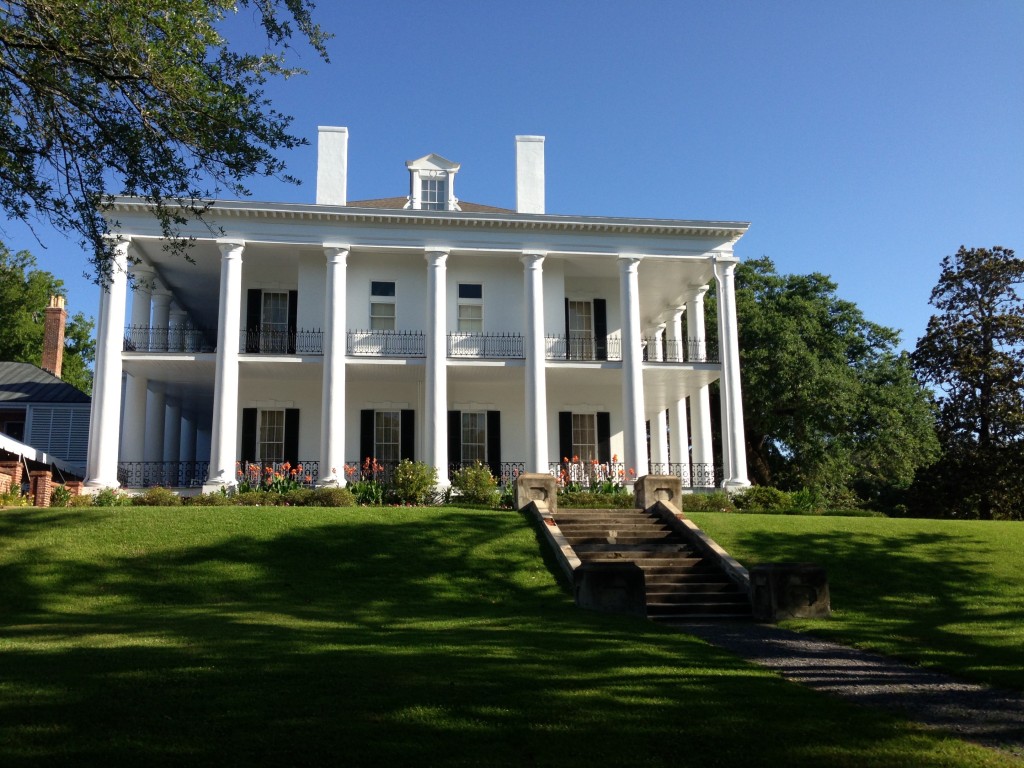 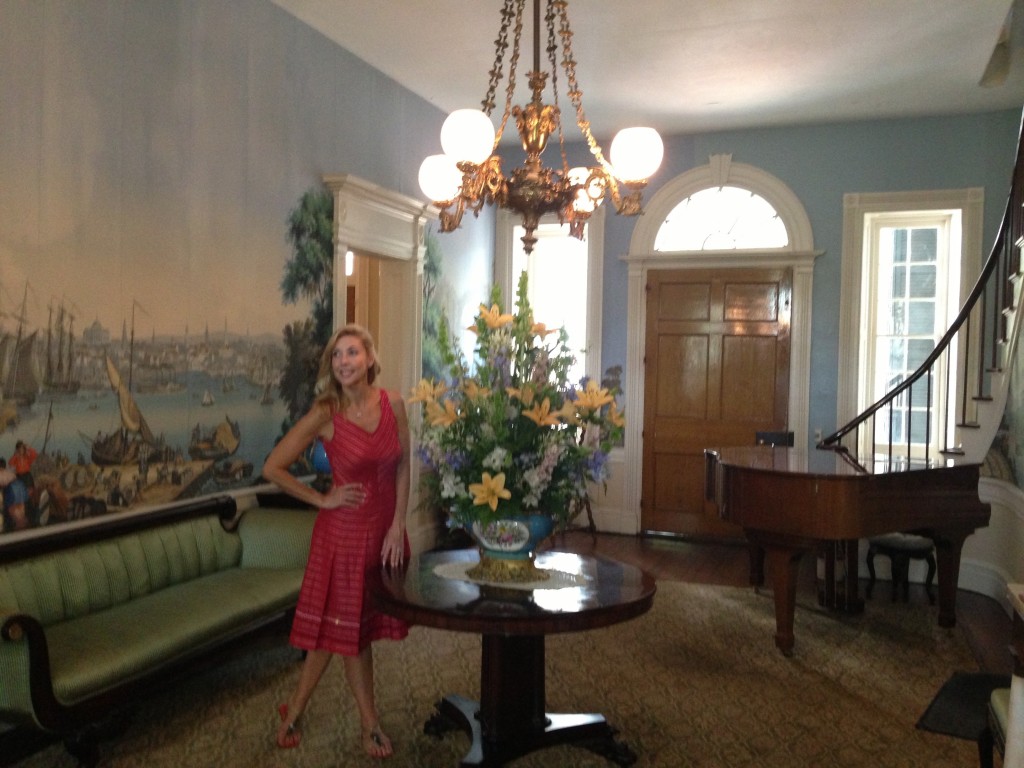 The historic Monmouth Plantation is on a 12 hectare block near Natchez. The antebellum mansion was built in 1818 and inhabited by a former governor. It typifies the grand estates of the day.

These days, Monmouth Plantation is a charming hotel that oozes gracious Southern hospitality. Meticulous gardens have blooming magnolias, roses and azaleas and is all reminiscent of the film Gone With The Wind. It’s not unusual for visitors to feel like Scarlett and Rhett for just a moment, and of course a mint julep is just the drink to sip. 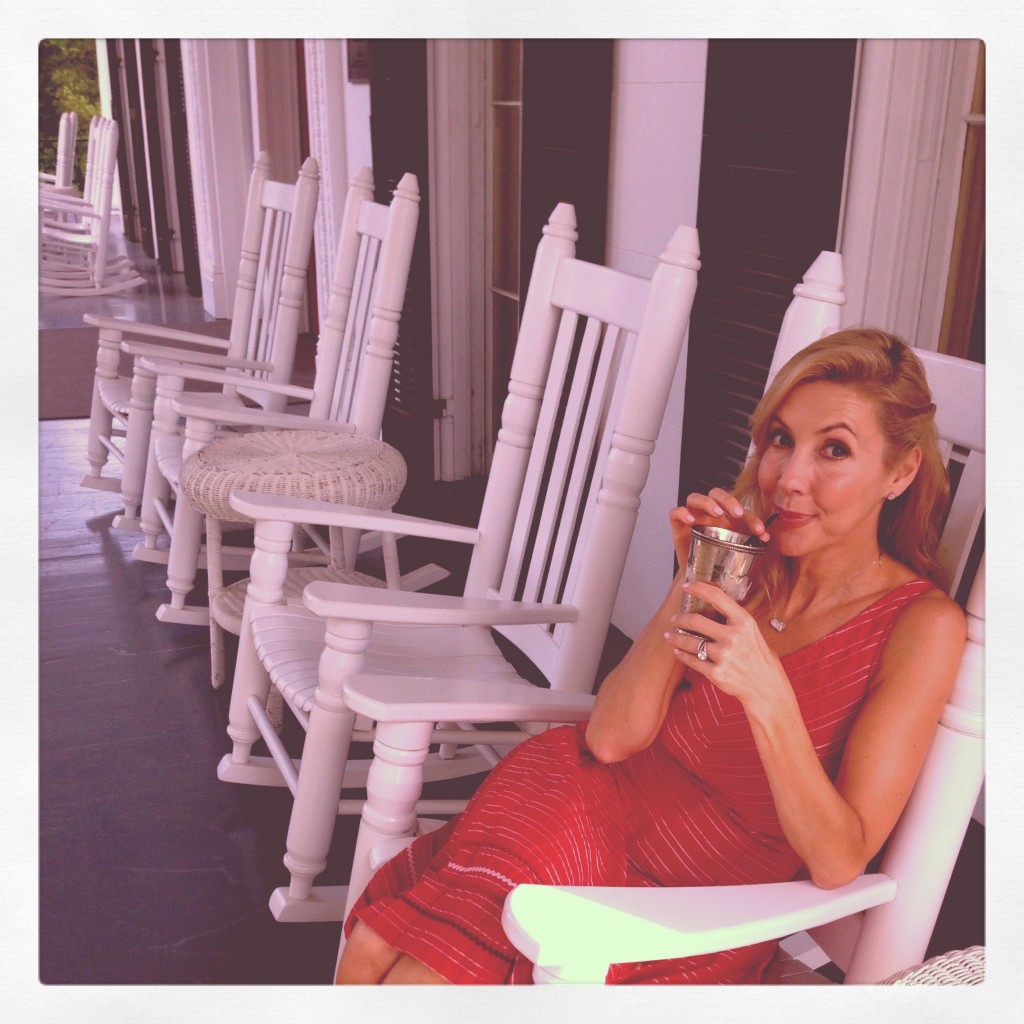 In the 20th century the city’s economy suffered a downturn when railroads replaced steamboats for the transportation of crops. The exodus of many local industries meant the loss of many jobs, so its population declined. These days, the town relies on tourism. Visitors delight in the preserved aspects of antebellum culture and fascinating history.

The further south you go with Scenic Tours, the wilder things become, and it doesn’t become much wilder than alligator hunting territory in Atchafalaya Basin, Louisiana.

The Atchafalaya Basin is the largest wetland and swamp in the United States. It’s in south-central Louisiana and is a combination of wetlands and river delta, where the Atchafalaya River and the Gulf of Mexico converge.

This is Cajun country: the ethnic group descends from Acadian exiles – French-speakers from Acadia and now the Canadian Maritimes, parts of Quebec and northern Maine. They make up a significant portion of south Louisiana and have exerted enormous impact on the state’s culture.

Scenic Tours introduced its guests to Captain Curtis, who has been chasing alligators for 78 years! He is a descendent of the exiles and his accent is very French, the language he and his family speak at home. The French influence is everywhere!

I found alligators less scary than crocodiles, but no one would ever want to swim with one. They grow up to 4.5 metres and can reach 270 kilograms! They’re able to jump twice their length out of the water, but Captain Curtis swears he has never heard of anyone being attacked.

He knows several of the creatures very well – in fact he is on a first name basis with many of them and converses with them in French and English.

Of course, with Scenic Tours you can expect something special to happen every day and every evening, and everyone was excited about being invited to a down-home Cajun porch party, known locally as a ‘Bal de Maison’.

Lafayette is Louisiana’s culture centre and an evening at Sunny-Meade is a fantastic experience. Built by the Humphey family in 1899, it was named after a meadow of yellow flowers just across the street. Today it’s owned by the Primeaux family, who moved the home to Scott and refurbished it to its original elegance.

Mama Redell was the host for the evening and she loved to talk about the history of the property as she shared her feast. It began with the boudin – a number of different types of sausage used in French, Belgian, German, Quebec, Arcadian, Creole, Austrian and Cajun cuisine. It’s so popular that there are boudin cook-offs across the state. Locals enjoy it for breakfast, lunch and dinner and my friends and I enjoyed the new taste so much most of us had seconds and enjoyed the chance to dance it off to some wonderful French music.

The next day, everyone was excited about heading even further south to New Orleans. Known as ‘La Nouvelle-Orléans’ when it was a French territory, its name was anglicised in 1803 after the Louisiana Purchase.

President Thomas Jefferson wanted the area so badly he offered Napoleon Bonaparte $2 million for New Orleans and Florida. He ended up paying $11,250,000 but faced domestic opposition as it was thought to be unconstitutional. The purchase more than doubled the size of the young nation’s population growth and at around 5 cents an acre of unexplored wilderness, fertile soils and other valuable natural resources, it has to be one of the best bargains of all time.

The vibrant city has an atmosphere rich with French, Creole, African-American, Caribbean, Irish, Haitian, German and Vietnamese cultures. It’s where jazz began and New Orleans is a city like no other in the United States. 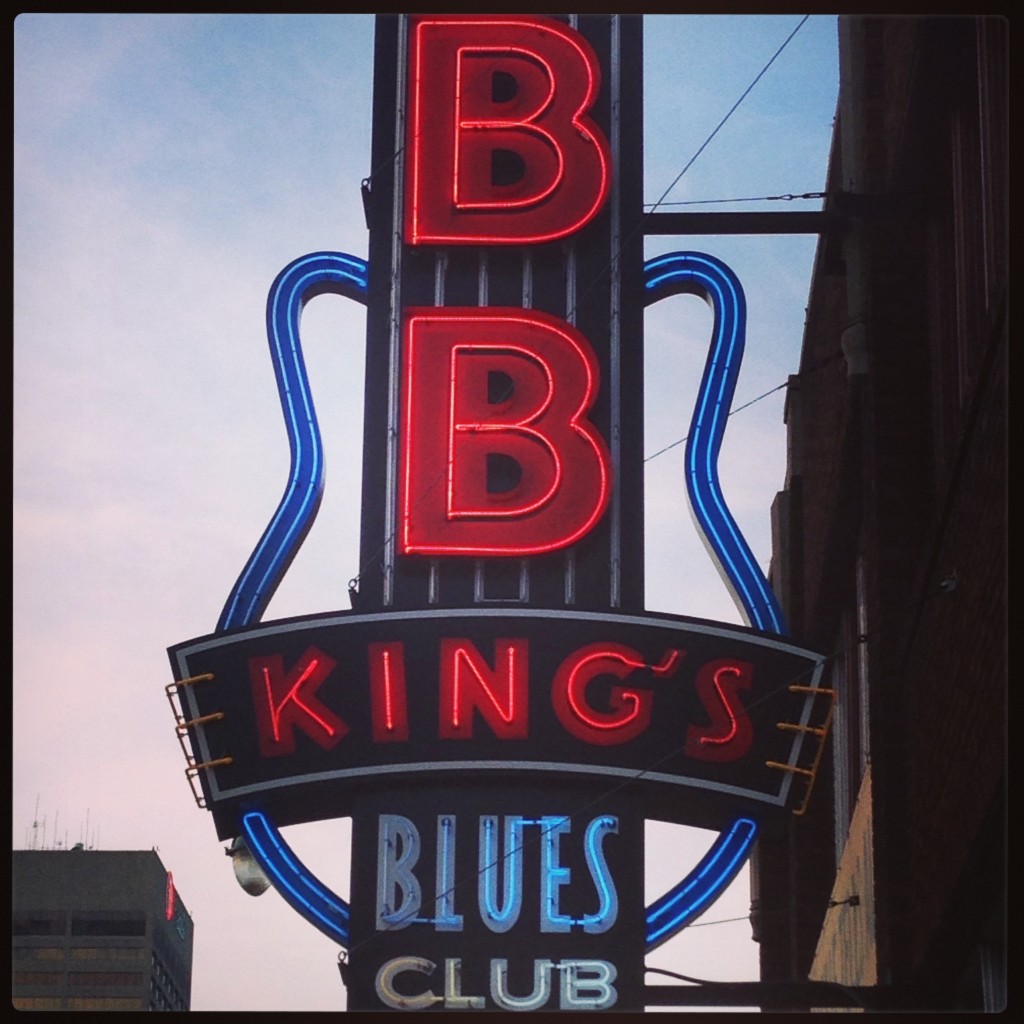 In 2005, the world watched in horror as the city was almost destroyed by the deadly hurricane Katrina.

For an included Scenic ENRICH experience, Scenic Tours guests may visit the local community and environmentalists to learn how New Orleans is still recovering from the devastation. Despite the loss of life and property, it wasn’t enough to stop the famous annual Mardi Gras Festival, an event people from all corners of the globe flock to see.

As I found out, if you aren’t there for the huge event, you can visit Mardi Gras World any day of the year. Owner Brian Kern is a third generation parade float builder. It’s the largest such company in the world and they redecorate over 500 floats a year for local and international parades. There are over 50 parades in New Orleans and around 150 Mardi Gras balls with an economic impact of over $1 billion.

Events are mostly family-oriented and people line the streets to watch parades and children scramble for trinkets, toys and beads thrown from floats.

With Scenic Tours, you’re always assured of staying somewhere special – somewhere that captures the feeling of where you are…

In New Orleans, Hotel Monteleone in the French Quarter certainly sets the mood. The family-owned and operated hotel was built in 1886 in the Beaux-Arts architectural style and is a historic landmark.

It’s said the hotel has a resident ghost, so you may see Tennessee Williams or Truman Capote who loved to stay there!

Having sampled some of the south’s famous delicacies, everyone was keen to attend the New Orleans School of Cooking. It’s all about fun, food and folklore, and comes to life in a renovated 1800s molasses warehouse. 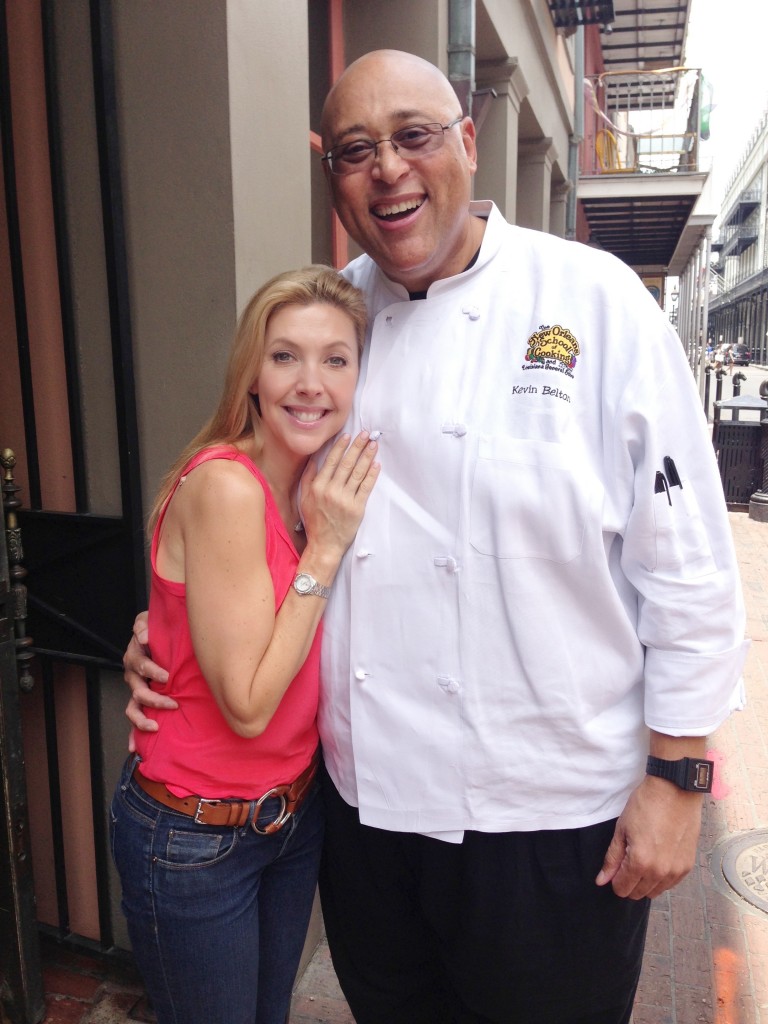 The Scenic FreeChoice group had loads of fun with Big Kev, a two-metre tall former NFL player who knows his way around a kitchen, and doesn’t believe in counting calories!

Big Kev learned to cook with the help of his grandmother and mother. The biggest room in many homes is the kitchen, a place where everyone loves to gather. He says that in Louisiana, they don’t care what’s on the table – they only care about who’s at the table.

Gumbo is always on the menu… The thick, spicy soup originated in Louisiana in the 18th century and is made from strongly flavoured stock, meat or shellfish, lots of vegetables and a thickener.

For those with a sweet tooth, the local speciality is made from brown and white sugar, vanilla, butter, roasted pecans and milk.

Even if you aren’t a jazz fan, Bourbon Street is famous for endless music and watering holes. It’s where Louis Armstrong first picked up a cornet at the age of 12. He went on to become one of the world’s most famous trumpeters and was an enormous influence in music generally. His gravelly voice is instantly recognisable and loved to this day.

New Orleans lived up to its reputation and it was a fun-filled finale to the wonderful Scenic Tours adventure from New York to Louisiana, with so much in between. 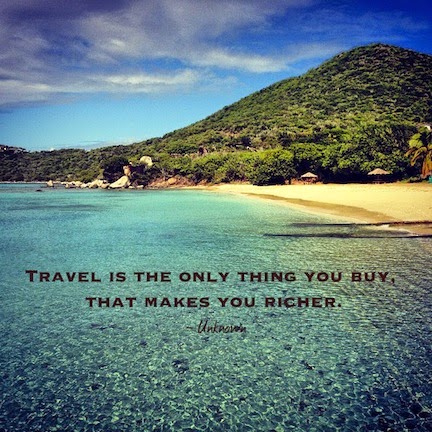