Harry and Meghan jet off tomorrow to ‘babymoon’ in Morocco, Northern Africa, for three days.

The royal couple will take the prenatal trip from Saturday 23 February to Monday 25 February.

The Duchess of Sussex, a retired American actress who became a member of the British royal family upon her marriage to Prince Harry, is pregnant with the couple’s first child, due in late April.

It’s their second trip to Africa together, having visited Botswana on their first trip as a couple. Unlike land-locked Botswana, Morocco borders the Atlantic Ocean and the Mediterranean Sea, and is a country of more than 32 million people, with Berber, Arabian and European cultural influences.

Officially, the Moroccan trip is at the request of Her Majesty’s Government (Her Majesty being Harry’s grandma, of course!). Prince Harry and Los Angeles-born Meghan will meet with Moroccan officials in order to build on the relationship between Morocco and the United Kingdom. The focus of this official tour is understood to be the role of girls’ education and youth empowerment in shaping the future of Morocco. Go Meghan! 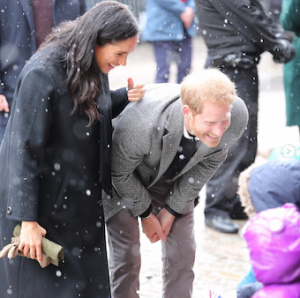 But what IS a babymoon?

A babymoon is a holiday taken by a pregnant woman (traditionally, with her partner or spouse), and usually in the second trimester of the pregnancy. Considered a ‘last hurrah’ before a child comes along, it is most often taken in a relaxing destination however, it doesn’t have to be somewhere as exotic as Africa – it could simply be in one’s own home (a ‘staycation’, in mod parlance).

We pondered what the Royals will be doing in Morocco, outside of those official engagements, and came up with a Top Five Moroccan Babymoon Activities for Meghan Markle: