“When I travel, I like to think of myself as a pilgrim rather than a tourist. For me, a journey is about trying to voyage inwardly as well as out into the world. That doesn’t mean I don’t enjoy window-shopping or nibbling in markets, but it does mean I like to try to expand when I journey – and I don’t mean my waistline!

“As the writer of a book about the wonders of pilgrim trails, you might expect me to sing the pleasures of movement. But instead, I’d like to share two personal “sacred sites” – both of them equally welcoming of tourists as well as stinky pilgrims!” 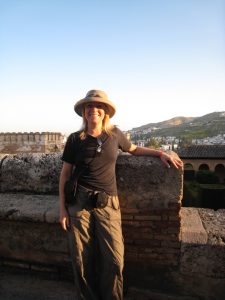 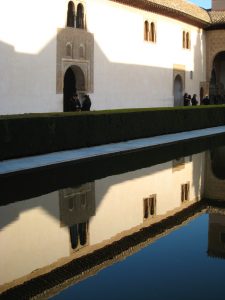 “The city glitters. Orange trees line the streets, and gargoyles squint down from rooftops. Set in Andalucia’s dry south, Granada was a departure point for me, but I’ll always long to return.

“At its heart are the glories of the Alhambra. Built from the red clay on which it stands, it literally rises from its own earth, overlooking the souk, bazaars and a mosaic of white-walled houses. The Alhambra exudes peace, despite its history. And it holds such treasures… 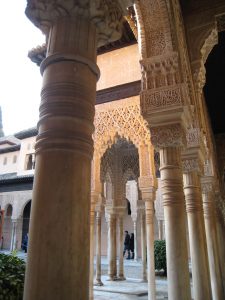 “The Nasrid Palace is a feast of details in tiles, carvings, arches, wood and terracotta. And oh, the water. It trickles, tinkles and pools, reflecting and giving relief. The music of it is as potent as flamenco.

“The Alcazaba fortress is an austere overlord, while the Palace of Charles V contains a great colonnaded amphitheatre with acoustics that can turn a croak into an aria. 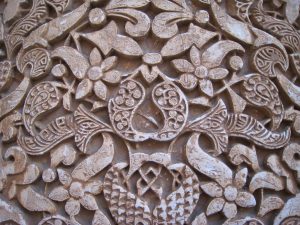 “Lose yourself in the gardens among wisteria and peonies. There are pansies for thoughts and rosemary for remembrance. There is time – eternities of it.

“Afterwards, venture into the crowded, spice-smelling bazaars, to be transported across time and space in an instant. In the Arabian Nights air, you can sip mint tea or stroll on shadowy cobbles as gypsy music swirls.

“Granada is Moorish and Christian; layered with history and mystery. In 1492, when Spain’s Catholic monarchs wrenched the city from its Moorish ruler Boabdil, his heart broke. There’s a spot where he is said to have looked back and wept. It’s known as el ultimo suspiro del Moro – the Moor’s last sigh.

“Go there, but be ready to sigh as you leave. Granada will claim your heart.” 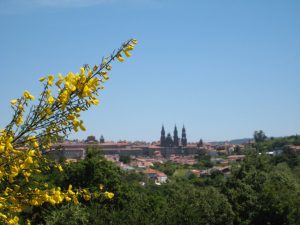 “This is pilgrim central. All Spanish pilgrim roads lead here, whether you’re walking off grief, regrets or even just kilos! It’s the capital of Galicia, a region known as “the bathtub of Spain” because of its high rainfall. For centuries, dusty feet have tramped toward the famed cathedral spires in search of meaning – and the city’s famous octopus stew. 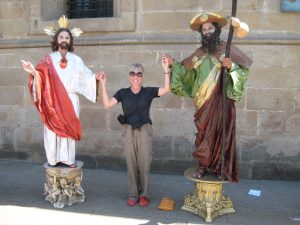 “The name means “St James of the Field of Stars”, which may go back to one of the legends surrounding the city. In 814AD, a shepherd was supposedly guided by a star toward some very old bones. The local bishop sniffed an opportunity and immediately claimed the bones as those of James the apostle. Lo! A legend was born. 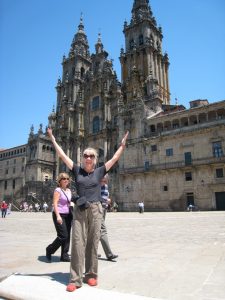 “I’m grateful to shepherd, saint, and bishop. They’ve given me thousands of kilometres of transformative walking. At road’s end in Santiago’s vast medieval squares and narrow cobbled lanes, every dreadlocked new-ager, cross-carrying devotee and obsessive hiker on the planet seem to converge, always with goodwill, acceptance and a celebratory spirit. They tell tall tales, receive a sanctified blessing in the cathedral or a pagan benediction in the bars, and return home made over. To visit it is to be renewed and fortified – even if you don’t arrive on foot. Santiago welcomes all, acknowledging that everyone is a pilgrim at heart.”

Ailsa Piper is the author of Sinning Across Spain: Walking the Camino, a book that was inspired by the tradition of medieval walkers who were paid to carry the sins of others to a holy place. It tells the story of her 1300-kilometre journey toward empathy and a personal credo. When faced with the untimely death of her husband Peter, she once again took to the road, this time in France, to walk through her sorrow. The book tells of both these walks, and others.

Ailsa grew up in Western Australia, but has lived in both Sydney and Melbourne. She is a pilgrim who has made her professional life in the arts, having worked as a writer, director, actor, teacher, speaker and broadcaster—but, for her, the most important labels are ‘walker’ and ‘friend’.

Ailsa was co-winner of the Patrick White Playwright’s Award for her script Small Mercies. Her passionate commitment to communicating with those she loves, and trying to understand those on the opposite sides of various fences, is reflected in her book The Attachment: Letters From A Most Unlikely Friendship, which was co-authored with Tony Doherty.

Ailsa is a collector of postcards, a student of three of the Romance languages, and a hopeless swimmer—but she is taking lessons. She is always taking lessons…

To find out more about Ailsa and her journeys, visit: www.ailsapiper.com