My favourite place? That’s a hard question, but the United Kingdom is my favourite, in particular, London. I love its vibe, its people and its pubs. I have also achieved a lot of my professional goals there, including calling the Grand National and Olympic Games, so I feel the UK has been good to me. The Brits have a cracking sense of humour, too, so I try and get there once a year. 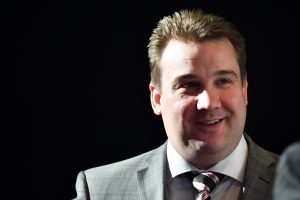 Top tip for holidaying in London

The key to London in particular is planning. First thing to always do is get a tube map [a map of London’s underground train network] so you can plan out your journeys. Also, make sure to catch some long train rides out of London to see the real countryside.

Something Matt always packs when he travels

I always have my binoculars with me as I tend to go horse racing everywhere I travel. They have seen just as many racetracks as I have; from Flemington to Aintree (Liverpool, UK), to Mauritius, and everywhere in between. 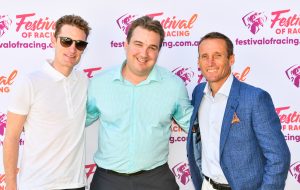 If only there was more time and money! I really enjoy Europe and I need to complete the Scandies [Scandinavia] as I really enjoyed a trip to Sweden. Norway and Denmark are on my list along with other European destinations, such as Hungary and Belgium.

A travel disaster – or near-miss

I’ve had two big ones. I nearly died from a virus called Melioidosis [an infectious disease found in soil and water], in China, in 2008. I was airlifted out to Hong Kong. It was touch and go for a while, so that always stays with me. I apparently contracted it through dust. The other one was a trip to Russia in 2014 where my bag didn’t arrive for nine days. After being told I would never see it again, the bag arrived in the hotel’s baggage room, sitting there all by itself. It was a good feeling. I guess losing a bag was insignificant compared to my drama in Beijing, but I always worry about my luggage nowadays.

Matthew Hill is Victoria’s Chief Race Caller and voice of the Spring Racing Carnival. He has been Sydney’s chief Caller for Sky Racing along with being an AFL and sports journalist for the ABC. He has broadcast racing in 14 countries, along with calling The Grand National, Olympic Games and Australian Open.

Have a damn good time in The Regionals