Interview with Patricia Schultz: “Italy really is my stock answer [when I’m asked for my favourite destination], but from the heart, because I went to Italy for a few weeks after university and I stayed four years. His name was Giovanni! It’s not truthful to say that he was a very real part of it but in that he for me was my window to Italy because he was fiercely proud. I’ve never met Americans as proud of their heritage and culture as I do in Europe because they have a very different appreciation and a different education of their history in a way that we don’t so it was very important from the time I spent with him because it was through him that I came to understand the history and the sights and just an afternoon spent in museum was like a year back at university.  I learned the language very well and I used it as my base and came to see and know all of Italy and it’s the country I return to most. Because commonly I don’t. I’m so aware there’s so much so see, to go back to a country a second time or third time is not something I usually do but I gladly do with Italy. In the same breath, I do often say that my most recent trip is often my favourite because the memories are still vivid. And that would be Kerala, South India, just two weeks ago.” 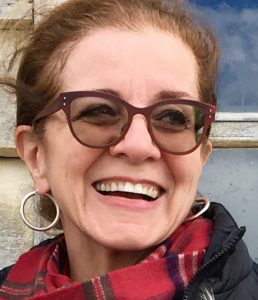 “South India was lush and green, and very crazy and chaotic. Thats why I think that for India or any of these Third World locations I really get why people put it off while they do something more manageable and navigable. And then it winds up never happening and that’s a shame, so that’s why I really encourage a guided holiday like you can with Trafalgar because it can be even more magical and it’s a lot more manageable. People are concerned about getting around, sanitation, the hygiene, the food and something like that is all taken care of.” 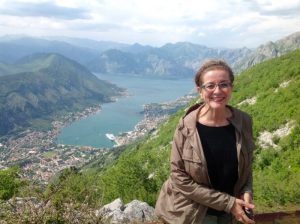 Patricia in the Balkans. Image: mircorp.com

“I was in a horseback-riding accident when I was 18 and I’ve been to every chiropractor in the world about my neck. I found out early on that I need to use a cervical pillow – we call them Tootsie Rolls* – because hotel pillows can be these big fluffy things and what happens is you wake up or you don’t sleep at all. So this little pillow is quite small or unobtrusive, and I tuck them into my suitcase. I have four or five of them so one actually always stays in my suitcase because, if I was ever to leave home without it, I would actually have to turn the plane around. I’m that married to my pillow. Also, I always take duplicate, sometimes triplicate, phone chargers, because I lose them like socks. And zip-lock bags for myriad reasons: if you have a bathing suit that’s wet; or if you did laundry and it’s not quite dry; or it’s a rainy day and your shoes are muddy… etc., etc.. The smaller ones I use for my earrings and receipts. I travel with about 20 zip-lock bags, in three sizes.”

[*A Tootsie Roll is a chocolate-flavoured taffy-like candy that has been manufactured in the United States since 1907.] 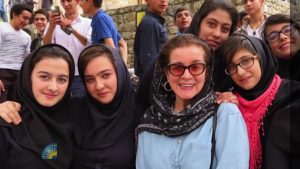 “Cradle Mountain, in Tasmania. My friend has a summer home in Hobart and he threatened to never speak to me again if I didn’t include Tasmania [in the “1000 places…” book]. But I knew that it belonged because it’s wonderful and I’m really excited about the fact Trafalgar is now going there in its new Australia and New Zealand program.” 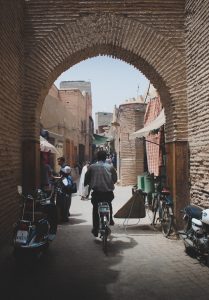 “We were in Morocco and we had a paper [airline] ticket, back in the day, that was issued from Casablanca to Marrakech. It was one of those horrific early morning flights. We got up at 3am. Got to the airport at 4am. It was still dark and Casablanca and Morocco’s crazy. The flight did not exist. It hadn’t left at that time, with that airline, for about 10 months. So had they had issued a ticket for a non-existent flight. So we had paid and lost it and they weren’t honouring it and they weren’t rebooking it and we were on a shoestring budget. So, we thought, “No what do we do?”. And this guy called Mohammed – I will forever remember him – came up and I guess he saw that we were in distress. And he said, “I have a Mercedes. Would you like a ride to Marrakesh?” So, we bargained with him and it was remarkably cheap. By this time, hours at passed. Usually I’m not that confident in total strangers that come up to me when I am travelling alone but I was travelling with my girlfriend and we had no other option. So we travelled with Mohammed who was the gentleman of the century. He was the nicest man. And he asked us if we’d like to eat something and we said we’d like the best cous cous in Morocco. So he took us to the Sheraton. And we were driving up to the Sheraton and we said that we really would like something where the truck drivers eat. So he got on his phone then he took us home, in his big compound, with his mother and his wife and his three daughters who spoke French. His mother didn’t need to say anything because she was just so lovely and she was so proud to have two American travellers eating with her. So, it was a big pyramid of cous cous with camel meat and all kinds of stuff and I remember we ate with our hands and friends kept dropping in because they heard there were these two American women and we were like rock stars for an hour and then we got in the car and headed off to Marrakesh.” 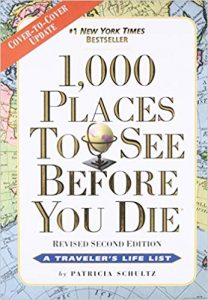 About Patricia Schultz, author of “1,000 Places to See Before You Die” and Trafalgar ambassador

A veteran travel journalist with over 30 years of experience, she has written for guides such as Frommer’s and Berlitz and periodicals including the “Wall Street Journal” and “Travel Weekly”, where she is a contributing editor.

Patricia has also executive-produced a Travel Channel television show based on “1,000 Places to See Before You Die”, and a brand ambassador for Trafalgar.com which has been operating guided holidays for 72 years and currently offers 302 itineraries which encompass all seven continents. She attests to the fact that all of the destinations mentioned in this piece can be visited with Trafalgar.

Her home base is New York City, but it’s rare to find her there.