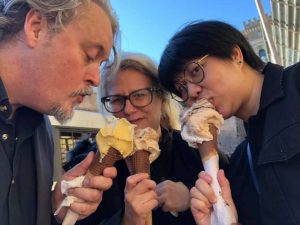 Jarrod, and colleagues Robin Ewing and Bobo Wei enjoy the superb gelato to be found the corner from the Vatican. 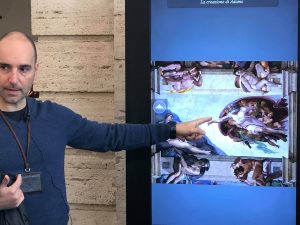 Max, the tour guide at the Vatican, uses high-tech to teach high art: using this large Samsung touch screen he zooms in and explains each part of the ceiling of the Sistine Chapel and what each panel means, as well as the background to Michelangelo’s epic artistic achievement. The strict rules forbidding any photography or any talking inside the Sistine Chapel meant this presentation was hugely valuable for the newcomers about to walk in. 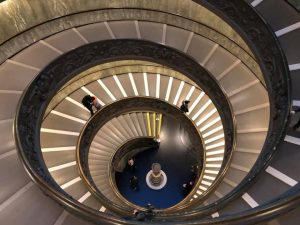 The staircase exiting the Vatican: really wish I had brought a slinky along to get the maximum joy out of this gorgeous architectural feature. A super ball, a slinky and bubble machine could really change this scene. 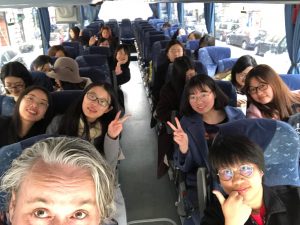 Jarrod takes a selfie with his class of journalism students from Hong Kong Baptist University.

Part of the cultural education for this group of students who all hail from mainland China: discovering different aspects of Italian culture, such as their taste of authentic gelato. 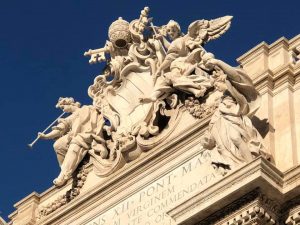 Beautiful blue skies in January helped to perfectly frame the sculpture that looks down upon the historic Trevi fountain.

A perennial obsession with the works of French street artist Invada in Hong Kong was re-ignited in Rome, when one of his works was spotted high up on a wall across the road from the hotel. 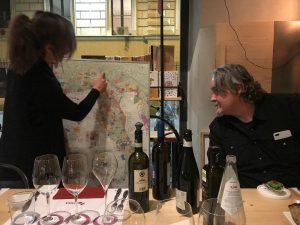 Getting an education in Italian wine over several courses and many bottles. 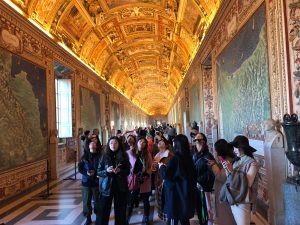 Wandering the halls of the Vatican. This is the hallway the Pope walks all heads of state, with walls adorned with maps of the world made throughout the centuries, showing the Vatican’s incremental understanding of the world through history. 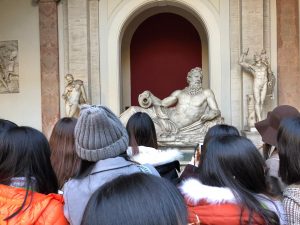 Navigating the crowds to get close to priceless works of art at the Vatican. 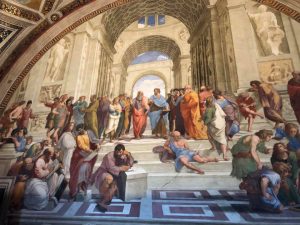 There’s Michelangelo, cranky with a sore neck down the front resting on his left elbow with his pencil in hand. Nice of Rafaello to draw him in there… 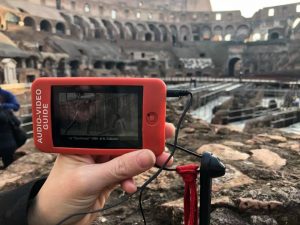 Yes, the video guide at the Colosseum had an excerpt of Charlton Heston being Spartacus for historical reference.

And the Oscar for the best goodie bag goes to...