Discover how and where inspiring women have changed our world with Lonely Planet’s In Her Footsteps, a travel guide to places where female activists, artists, pathbreakers and icons have studied, lived, worked, reigned and explored.

Released ahead of International Women’s Day on March 8, In Her Footsteps allows readers to journey to the heart of women’s activism, history and creativity through the ages. 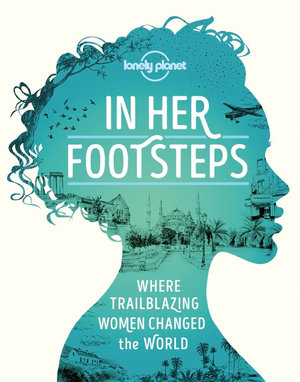 Unearth the landmarks of female achievement across the globe, from ancient temples locked in the annals of history to the famous houses of parliament featured in today’s front pages. Drop by the Parisian café where feminist intellectual and philosopher Simone de Beauvoir wrote many of her controversial texts, or journey to Savitribai Phule Pune University in India, named after the country’s first female teacher. Check out the Baikonur Cosmodrome in Kazakhstan, the launch site for the first woman in space, Valentina Tereshkova, or visit Michelle Obama’s childhood home and arts school in South Side, Chicago.

From household names (Rosa Parks), to those lesser-known (Abbakka Chowta), heroes of the past (Queen Seondeok) and current-day leaders of their fields (Greta Thunberg), In Her Footsteps documents the impact of over 200 incredible women from all walks of life and celebrates their legacy.

For those looking for extra inspiration, In Her Footsteps also highlights the world’s best feminist bookstores, sites for goddess worship, stories of female pirates and their favourite haunts, and queer pioneers who were well ahead of their time.