Caroline Webber had never been a fan of theme parks or fairground rides – preferring to keep her feet firmly on the ground – so when the word ‘Yes’ popped out of her mouth when her partner suggested they take their boys (aged 6 and 4) to Disneyland, LA, she took herself completely by surprise!

We left Melbourne on the last day of the school term, four days before Christmas, on the Qantas evening flight direct to LA. Although the plane was almost full, we were lucky enough to have a spare seat in one of our rows (as is often the case on flights at that time) and one of the boys managed to stretch out and sleep once the novelty of the entertainment system had worn thin. 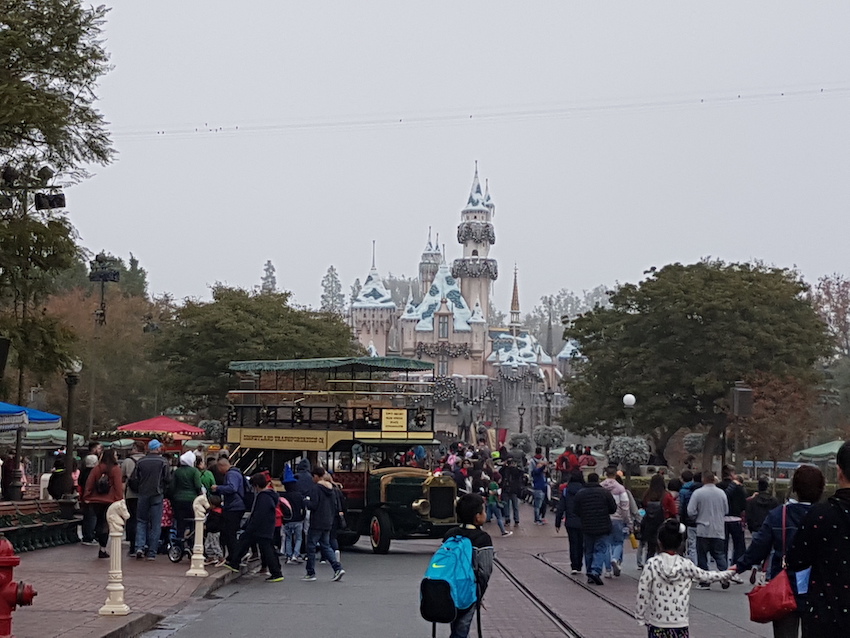 Having explored the glamour and grime of film-studded Hollywood and Downtown LA on previous visits, we jumped into a taxi at the airport and headed straight for our hotel, on the outskirts of Disneyland but within easy walking distance. LA is seventeen hours behind Melbourne time and so can be a tricky time zone to adjust to – you take off in the almost dark and land in the darkness of a late winter afternoon – and so we all nodded off at times in the taxi.

After checking in at the hotel we headed out to the local Cheesecake Factory, and for quickly immersing yourself in the US culture there is nothing like it. Gawking at the enormous portions and bottomless sodas delivered to neighbouring tables, I remembered the mental note I’d made to myself on a previous visit – only eat out once a day if you intend to wear your same pants home and always order less than you think you should.

Our first night in the hotel was an eventful pageant of musical beds and no one managed more than a few consecutive hours of sleep. Despite the night’s activities, we left the hotel at a fairly reasonable time and joined the clusters of people making the morning pilgrimage along the sidewalks to the Disneyland resort.

We had done a bit of research into the ticketing structures but after a short wait at one of the ticket booths, we were sold a much better package at a cheaper price than we were expecting and so joined the lines of people – the vast majority decked out in festive Mickey Mouse ears and other Disney paraphernalia – to wait for a security check before being admitted into the park, richer than we expected. 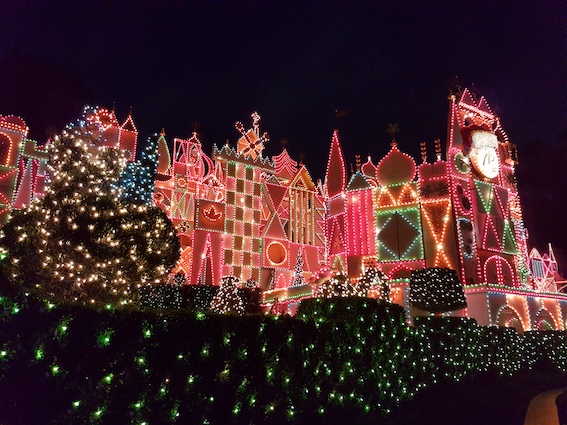 Once inside the park, wandering through contrived street-scapes complete with nostalgic trolley cars and horse-drawn carriages, barbershop singers, balloons and bubbles, crowded with people wearing Mickey Mouse ears was a pretty surreal experience to say the least, but once we found our stride and started ticking off the well-known rides, we found it as natural as, well, as Disneyland could be.

An absolute must for anyone visiting Disneyland is the app for smartphones. Not only does it tell you the location of all the amenities, the times of various events, and let you order food to pick up a designated time from one of a number of cafes and restaurants, it also tells you the wait time for rides. And best of all, every ninety minutes or so, you can book ‘queue jump’ passes for the most popular rides throughout the day, reducing the wait time to practically zero.

We made full use of the ‘queue jump’ passes and so there was no hanging about and the boys didn’t get bored. In between the ‘queue jumped’ rides we spent time on the less popular rides (generally those more suitable for younger kids), watching various Disney characters dancing and parading through the streets (twice daily) and exploring the exhibitions.

The boys fell in love with the Toad of Toad Hall car race and must have gone on it at least twenty times over the three days. Other hits were the Misty Mountain and Runaway Train, Peter Pan and the Neverland ride, Pirates of the Caribbean – a boat ride through a set that would rival that of any West End show – and a Buzz Lightyear ride which involved firing lasers at aliens attempting to take over the earth, to name but a few. We even had a river trip on an old-style paddle steamer.

The well-known classic ride, It’s a small world, was beautifully illuminated in the evenings with hundreds of fairy lights and floating gently in a boat past displays depicting various countries around the world was quite magical – and Christmassy.

Although everything about Disneyland was artificial, make believe and as far removed from life as you could imagine, at the end of our trip we all agreed it was an amazing experience and good to step out of reality – just for a few days – and allow ourselves to be transported to a wonderland where we could wish upon a star and hope all our dreams come true.

A city with energy to match theirs