Countless Australian and overseas tourists make the trek to Wilson’s Promontory (the Prom) in Victoria, the southernmost tip of mainland Australia, each year.

While most will recall walking remote coastal bushland trails and swimming at pristine beaches dominated by granite tors, in recent months a new perspective on a wilderness adventure has arrived at the Prom. 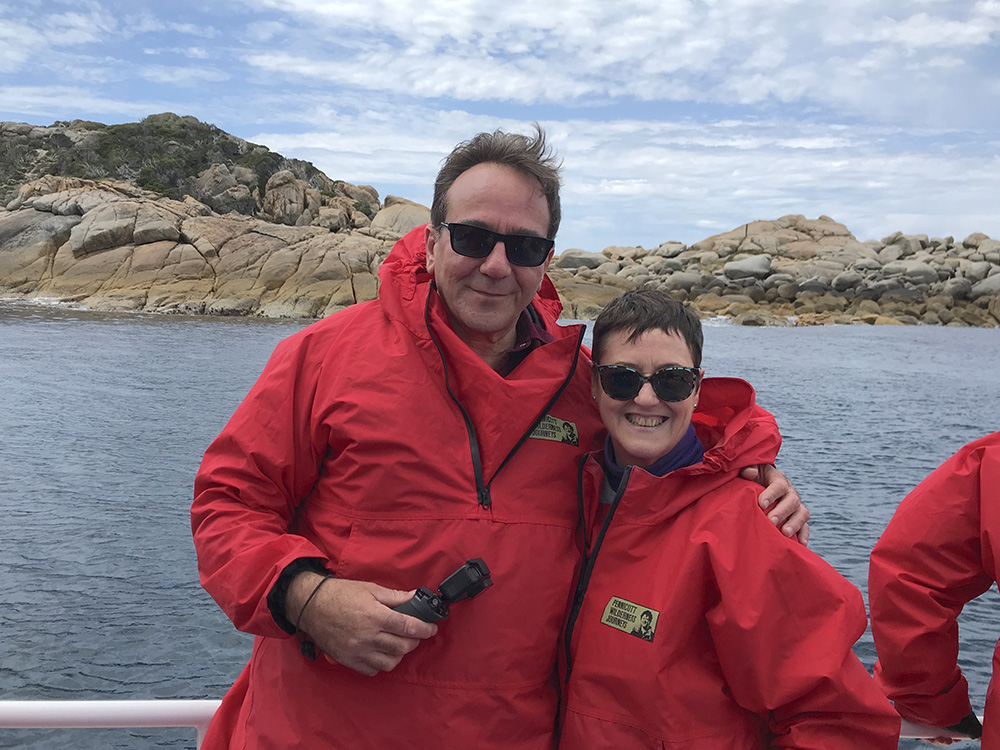 Tidal River, in the Wilson’s Promontory National Park is breathtaking at any time of the year with campground facilities that see thousands of people go into a ballot for a coveted camp site over the busy Christmas holiday season. 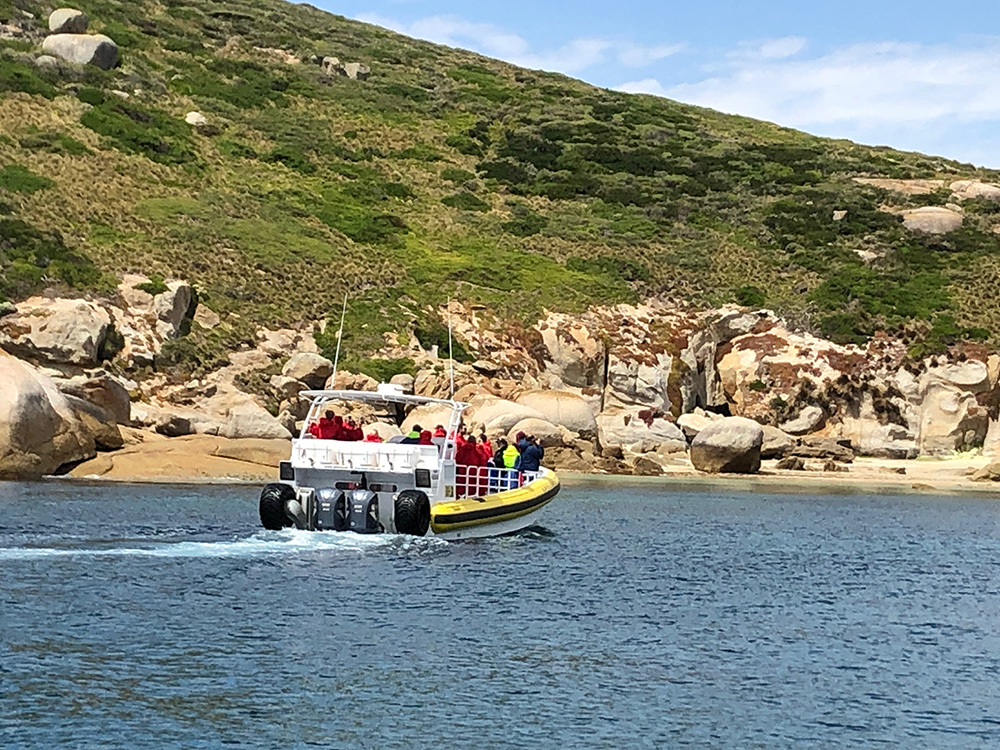 It’s a place where the local wombats, kangaroos and emus co-exist with the many visitors. 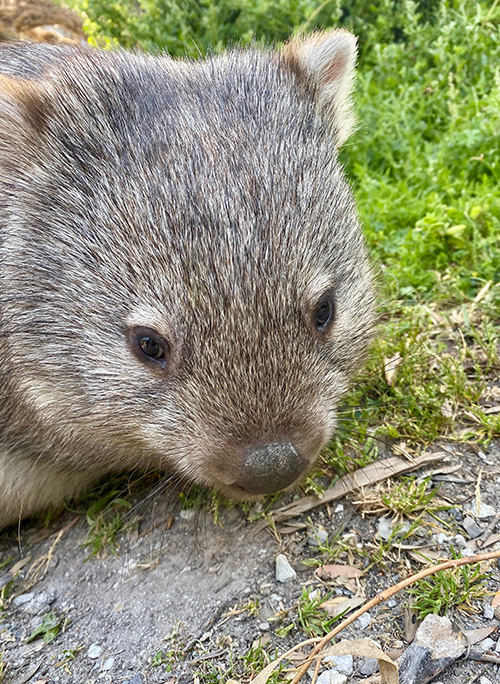 But on the white sands of Norman Beach – just a few minutes’ walk from the Tidal River campground – adventurer and entrepreneur Robert Pennicott has delivered on more than a decade’s work to bring a wilderness cruise to the Prom. 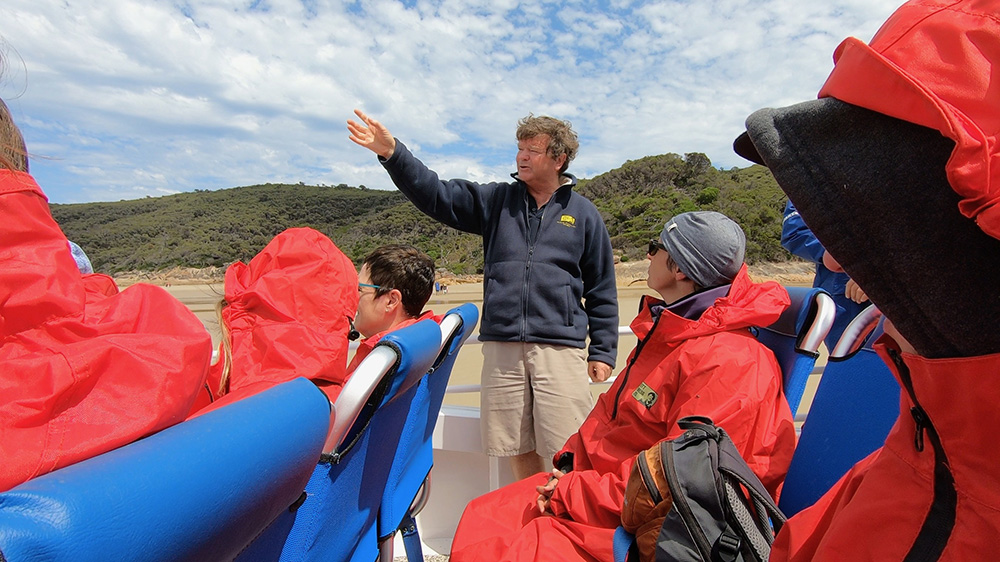 Launched in September 2019 the bespoke cruise boats are driven off the beach into the crystal blue waters to unveil the sights and stories of Victoria’s first Marine Park. 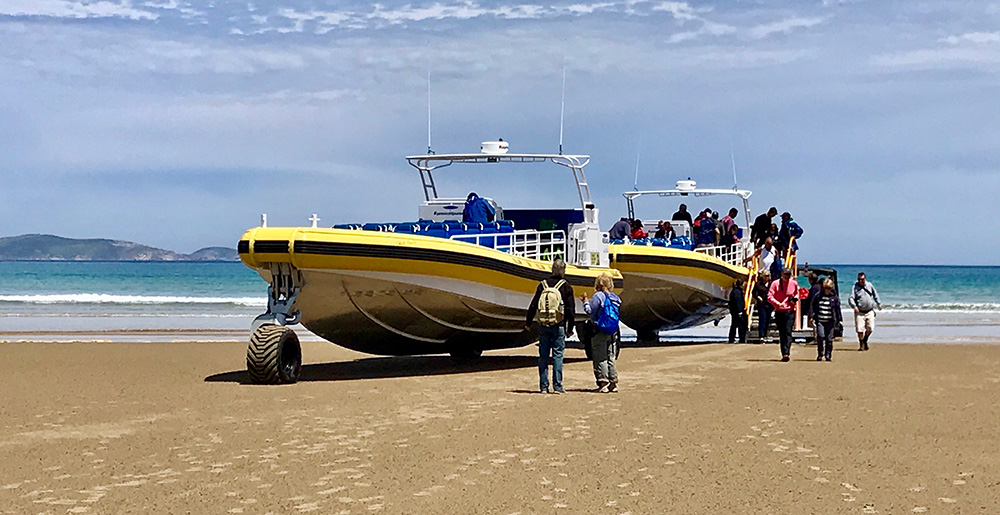 No wet feet here as access is via a side stair just like boarding a plane from the tarmac. 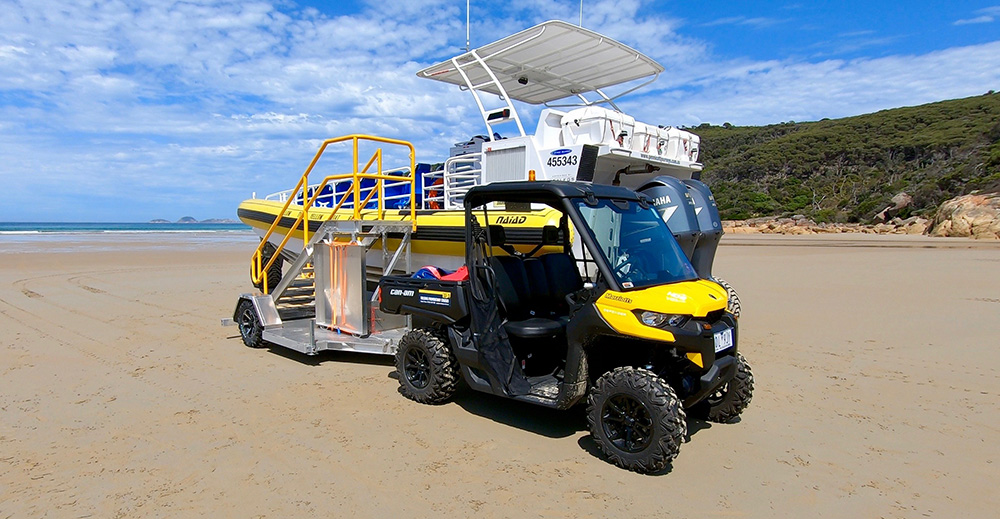 And there’s head-to-toe waterproof coveralls that make for colourful wind and wave protection. And freely available ginger tablets on board for those who might be concerned with motion sickness. 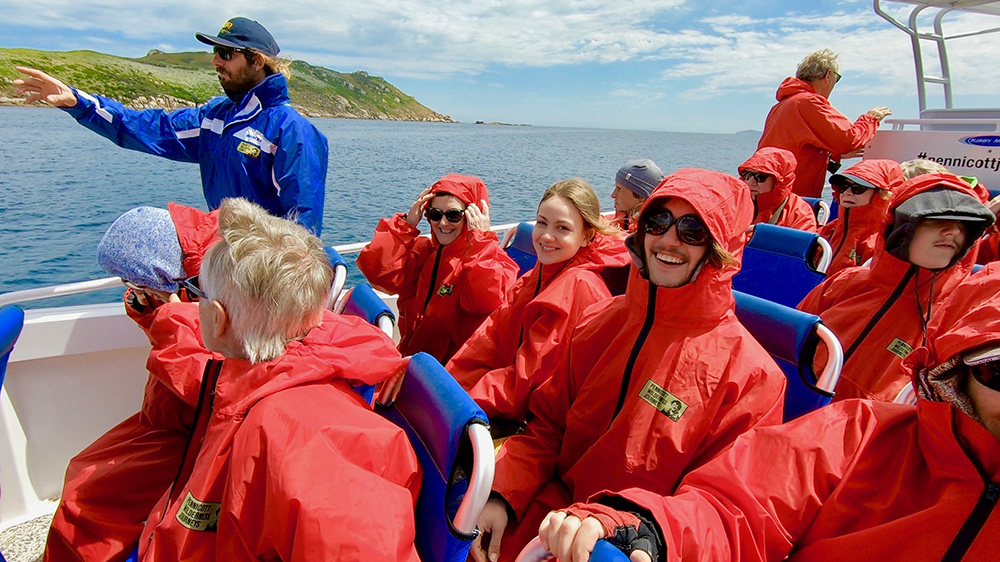 The cruise highlight has to be ‘the uncovering’ of the iconic granite monolith that is Skull Rock. As Captain Robert explains, more people have walked on the moon (10) than have walked on Skull Rock (only nine). It’s awesome! 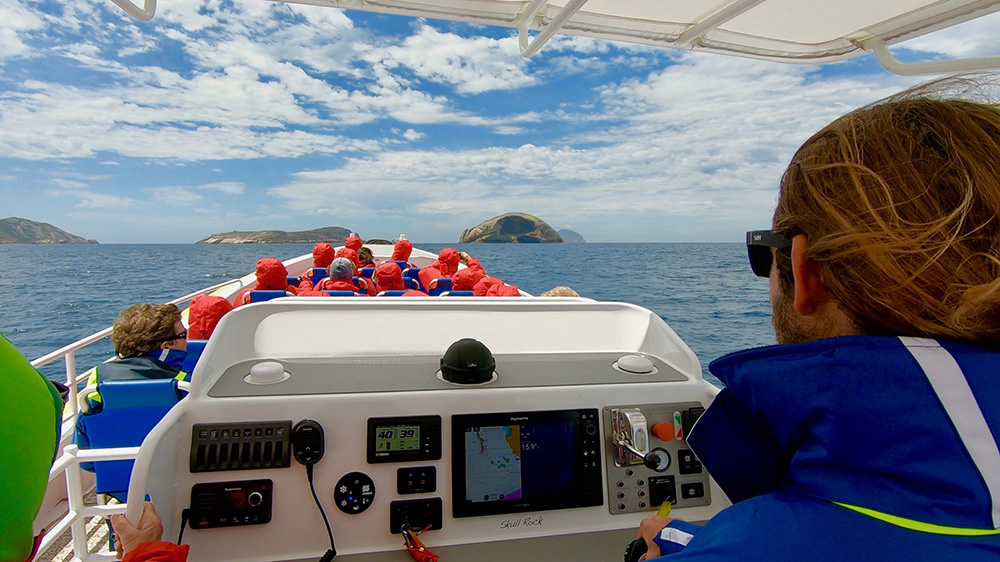 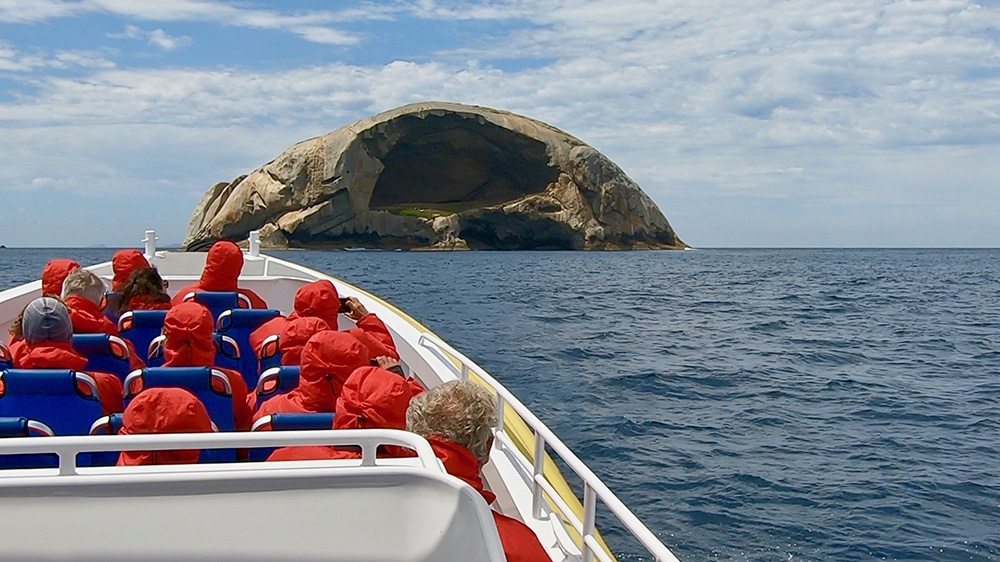 Then it’s up close with an Australian Fur Seal colony. The islands off the Prom are home to the breeding colony of thousands of seal pups between November and December. 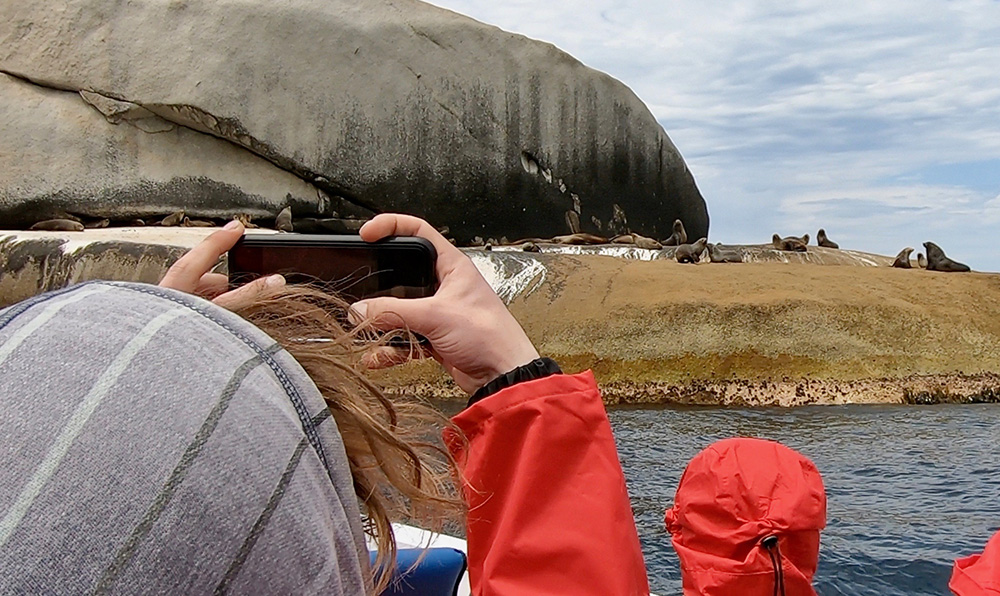 We explore The Glennies, South Point and its lighthouse, and Anser Island… all with their unique birdlife and even Southern Right and Humpback whales (on a good day). It’s definitely a new perspective on the Prom’s unique natural beauty.

Cats, dogs and snakes on planes, trains and automobiles

Warrnambool with Simon the Pieman