This week’s Guest Traveller Emma Liepa reminisces about a stay in Santa Barbara, and poolside (or should we say, in-the-pool) margaritas. 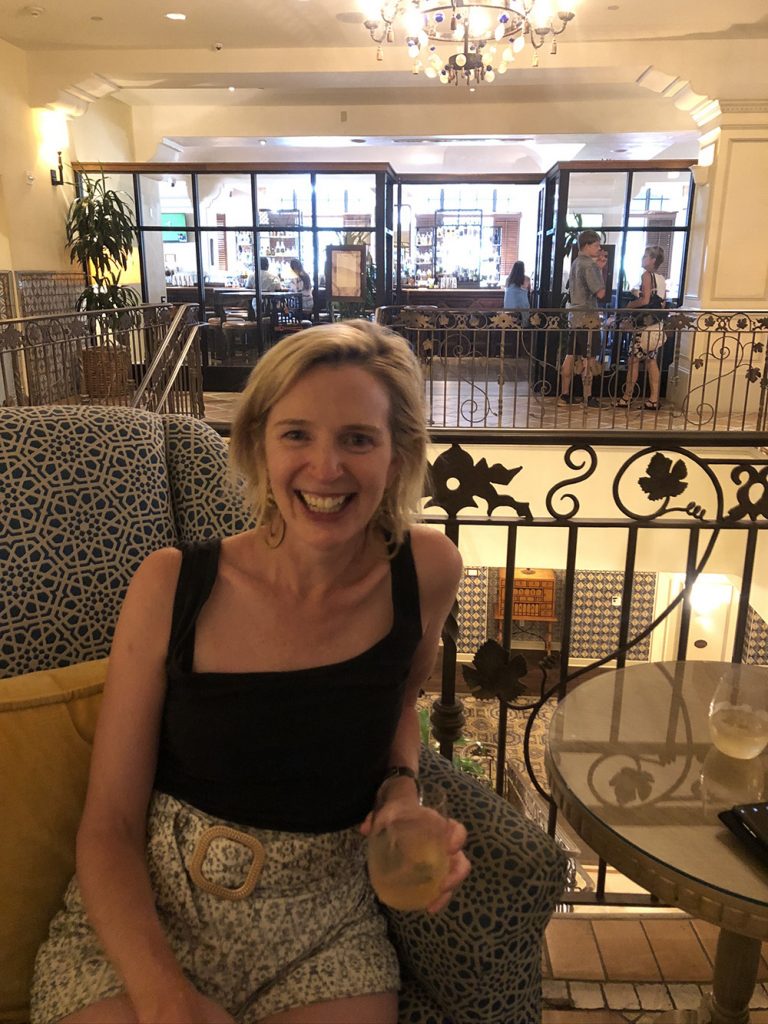 ‘Would you prefer red or white?’, the words we needed to hear after a long day on the road. And when I say a long day, I don’t mean a difficult or trying one, rather a luxuriously long day exploring the amazing coastline between LA and Santa Barbara.

We arrived at the Kimpton Canary Hotel at the tail end of the daily happy hour, an opportunity to sample some of Santa Barbara Wine Country’s finest. After a couple of generous pours and time spent checking out the chilled out, classy foyer, we grabbed our bags and headed to our rooms.

Sharing a generously sized double queen room with a dear friend who is, let’s call it ‘height challenged’, our immediate focus was on the beds and wondering just how we could get her up on hers. Having managed with a run and jump and burned out from too much laughter, flopping into those beds was nothing short of heavenly. Soft, but not too soft, and very cosy. But there was too much else to do; a nap was not an option. Having made a quick costume change in the Spanish style bathroom, we headed up to the Kimpton’s rooftop. To say we were all completely blown away is an understatement. 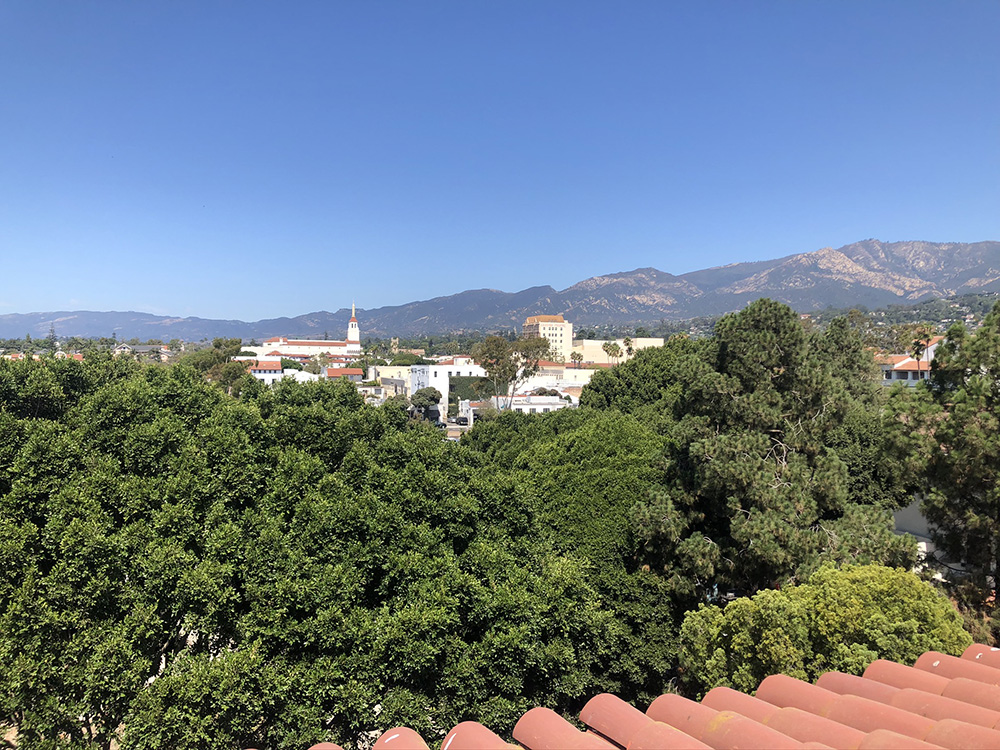 With views to the Old Mission, red clay rooves and nearby Santa Ynez Mountains, the breathtaking surrounds were infused with the spirit of Spain. With a late afternoon blue sky and the temperature at around 25 degrees, and after taking the obligatory and very necessary photos, we turned our attention to the pool. 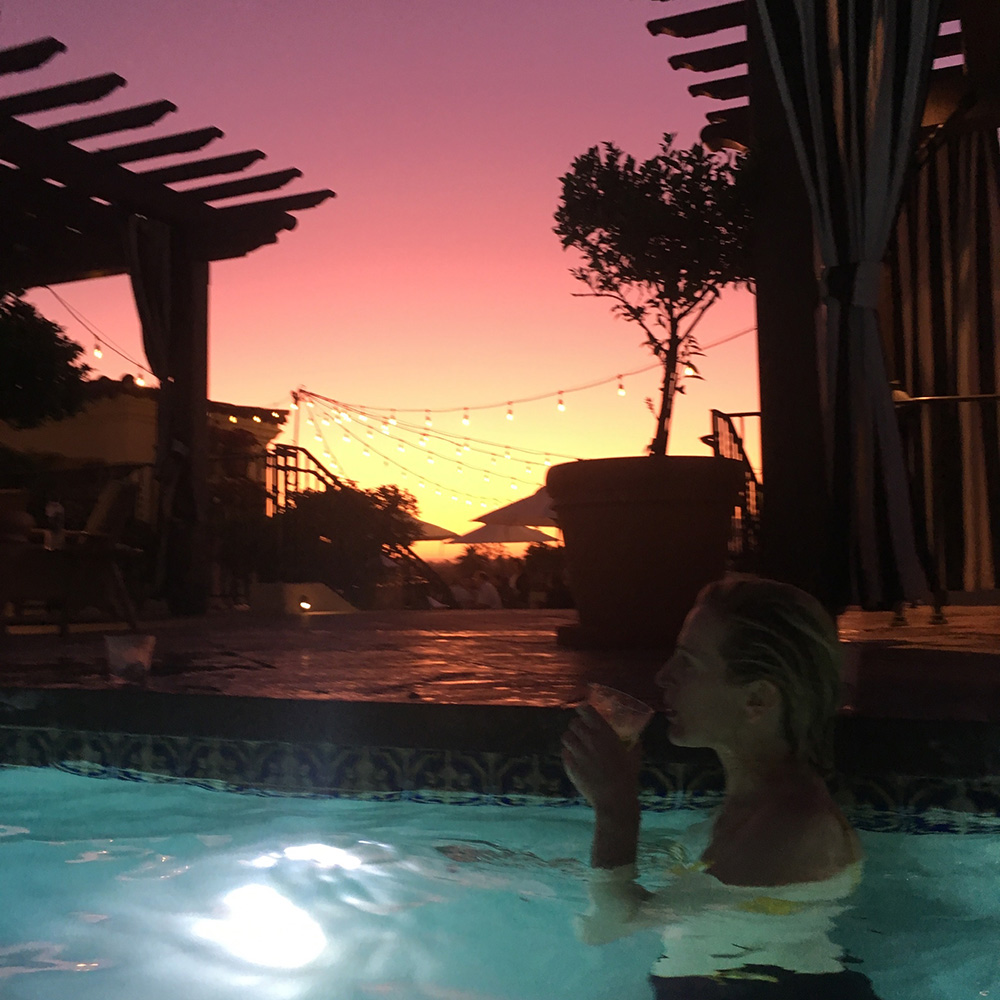 With the sun going down, most of our fellow travellers had departed poolside to, I imagine, head out to eat, but one of my very thoughtful fellow travellers suggested it would only be fitting to soak in the pool and surrounds a little longer with some poolside margaritas. In the true Californian style of the incredible hospitality provided by the Kimpton, we did not have to sacrifice the refreshing water, with chilled drinks handed to us mid-paddle. Feeling like we were on a Hollywood movie set and with the sun finally setting into the horizon, a slight chill in the air was the only thing to shift us from that pool…and straight into the spa, where we called for, you guessed it, more margaritas. 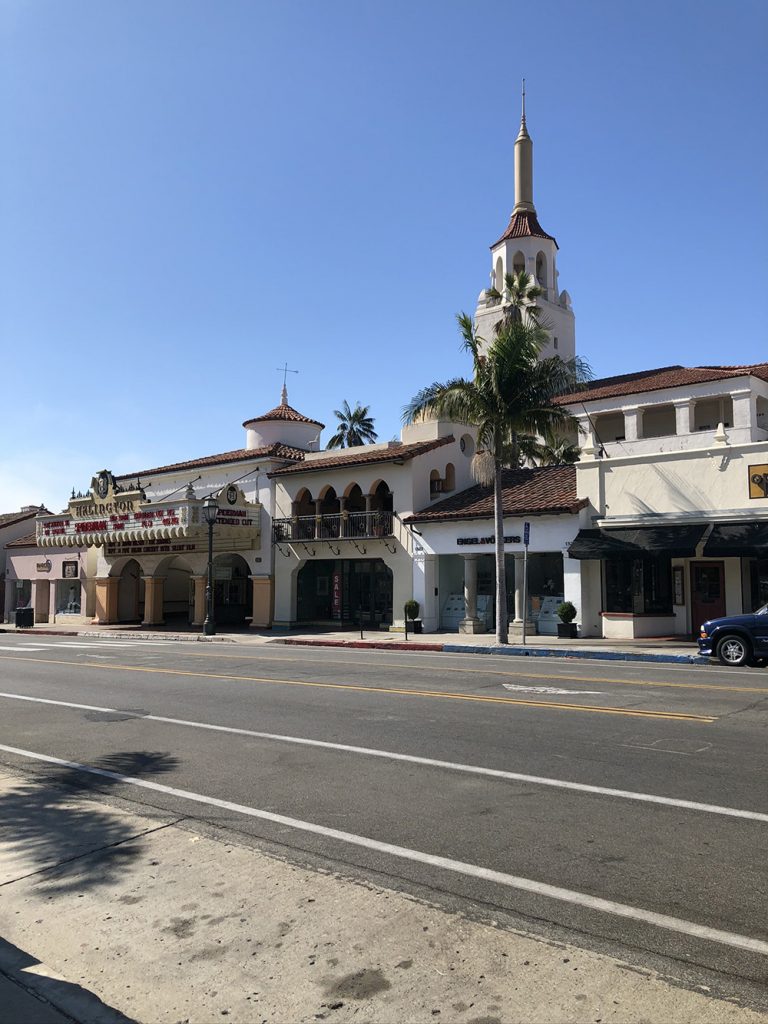 As a traveller, I generally like to get off the beaten track but I have to say, the Spanish vibe of Santa Barbara, the incredible food on offer just a stone’s throw from the Kimpton Canary and the fabulous hospitality of their team have me dreaming of a return …to that pool and those margaritas.

Around the world with 8 beloved books